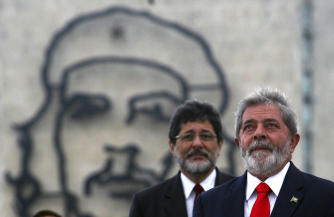 Did Obama bribe Brazil with $2 billion to help put Honduras’s Zelaya back into power?

(By the way, if you want a short primer on Far Left economics—and a great cartoon from a 1911 St. Louis Post-Dispatch—go to actor Michael Moriarty’s website).

How Do You Handle Piece Of Shit Soros NWO? People Getting Tired Of These Orchestrated Chaos Mechanisms For Soros To Hedge Against!