President Barack Obama reiterated his defense of oil giant BP after a White House meeting with the company’s CEO Tony Hayward and board chairman Carl-Henric Svanberg.

After the meeting, Obama and BP announced the establishment of an independently operated escrow account, the Independent Claims Facility, funded by up to $20 billion paid out over the next four years. BP said it would delay dividend payouts over the remainder of the year estimated at $10 billion. Other details of the escrow account remain vague.

The US media presented the meeting and announcement as a humbling of BP. It was nothing of the sort.

In fact, the meeting was a choreographed event with two purposes: to diffuse popular anger against both BP and the Obama administration, and to assure the financial markets that BP is in no danger of bankruptcy or criminal prosecution. There will be no serious consequences for the disaster that killed 11 workers on April 20 and has since pumped upwards of 60 million gallons of oil into the Gulf of Mexico.

Even were it clear that the $20 billion will really be made available to the blowout’s many economic victims—and it is not—this is a preposterously small sum for a catastrophe whose real cost will run into the hundreds of billions, if not trillions. All the costs of environmental cleanup are to be paid out of this fund, according to the Financial Times. There can be no doubt that this alone will far surpass $20 billion.

The deal ensures that the overwhelming burden of the costs of the disaster will be borne by the government, and ultimately the working class.

“I’m absolutely confident BP will be able to meet its obligations to the Gulf Coast and to the American people,” Obama said in a short press conference after the meeting. “BP is a strong and viable company and it is in all of our interests that it remain so.”

With these words, the Obama administration indicated that it would not seek to force a BP bankruptcy, let alone seize the company, and its goal is that BP continue to be a profitable concern, paying out dividends and gargantuan executive salaries for years to come.

The financial markets were cheered by Obama’s comments. In the hours after the press conference BP’s share price increased sharply, then finished the day up about 22 cents.

Though the administration had done nothing to punish BP, Obama had been under pressure from financial circles to throw it a lifeline. The preceding weeks had seen BP shares tumble by half and on Tuesday Fitch downgraded the company’s credit rating by six notches.

The escrow account is meant to shield BP from potentially hundreds of billions, or even trillions, in damages. While both Obama and BP promised that the account did not mean a $20 billion cap on liability had been put in place, the Independent Claims Facility is a preemptive blow against the tens of thousands of lawsuits BP is likely to face over the coming years.

While it remains extremely vague, the escrow account will be BP’s first line of defense in determining what are “legitimate claims,” a phrase both Obama and company executives have repeatedly used. Those claimants deemed “illegitimate” might turn to the court system for redress, but having been ruled unfounded by a supposedly neutral observer, they will have a black mark hanging over them, and US courts are already notorious for defending corporate privilege.

This is the fate that awaits the blowout’s financial victims. Millions of Gulf Coast residents are likely to suffer financially through layoffs which will ripple through the economy far beyond the fishing and tourism industries, through declining home values in a region already devastated by the real estate collapse, and through, in all probability, an epidemic of health problems.

If there are 10 million such victims—less than the combined population of Louisiana, Mississippi and Alabama, the three states hardest-hit so far—the miserly $20 billion escrow account would mean a mere $2,000 per person.

The oil blowout’s victims on the Gulf Coast can take little comfort in Obama’s selection to oversee the fund, Kenneth Feinberg. Over the past ten years, Feinberg has become a favored “fixer” of the US government.

Feinberg was selected to distribute funds from an escrow account for the US victims of the September, 11, 2001 terrorist attacks on New York and Washington. This financial settlement was viewed as a crucial component of a broader effort to block any inquiry into the still unexplained stand-down of the US military-intelligence apparatus leading up to the attacks.

And it was Feinberg who was given the role of Obama administration “pay czar,” tasked with putting on a show of limiting pay and bonuses for the multi-millionaire executives at Wall Street firms that had received Troubled Asset Relief Program (TARP) bailout funding. The limits set by Congress on pay restrictions meant that Feinberg’s role was purely symbolic.

Obama’s statement that he intends to see to it that BP remain a viable company puts the lie to the claim that the escrow fund will be independent. Feinberg’s real task will be to protect BP and deny the just demands of the people. As an unelected appointee, Feinberg will be free from “political pressure”—i.e., he will face no consequences from popular anger when he turns down claims.

Like his Oval Office speech from the evening before, Obama’s remarks at Wednesday’s press conference might as well have been written by BP’s public relations department. There was nothing said that the firm could possibly have found objectionable.

Even his own rendering of the conversation with Svanberg—Obama did not meet privately with the widely-hated Hayward—revealed that this was no “showdown,” as it was presented in the US media.

Obama said in his press conference that he told Svanberg to remember those who have been devastated by the blowout. “Keep in mind those individuals, that they are desperate, that some of them, if they don’t get relief quickly, may lose businesses that have been in their families for two or three generations,” the president said, quoting his own plea. “And the chairman assured me that he would keep them in mind.” 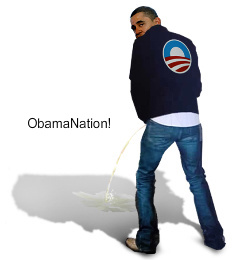 In other words, Obama met with Svanberg, not as an advocate for an outraged population demanding justice, punishment or compensation, but as a supplicant, pleading with the chairman of the oil giant. It was, incredibly, Obama’s first meeting with any high-ranking BP official in the 58 days since the blowout took place. Perhaps it was the earliest he could get on their appointment calendar.

Obama also said that BP would put in place a $100 million fund to compensate oil rig workers who lost their jobs as a result of Obama’s six-month moratorium on deep-sea drilling, which BP had indicated last week it would oppose. Announcement of the measure was a political boost for Obama, who has been attacked by Republicans over the moratorium, which in fact applied to only a tiny share of the rigs operating the Gulf.

Svanberg was even allowed to present BP as a caring company. “I hear comments sometimes that large oil companies are—are greedy companies or don’t care, but that is not the case in BP,” said the Swede, known in his homeland for eliminating tens of thousands of jobs at the mobile phone company Ericsson. “We care about the small people.”

In fact BP’s criminal disregard for the health and safety of “small people” and the environment is richly documented, before and after the blowout. Even as Svanberg was uttering these words, new reports were emerging from the Gulf Coast of private security guards and Coast Guard soldiers preventing media from visiting public beaches and waters.