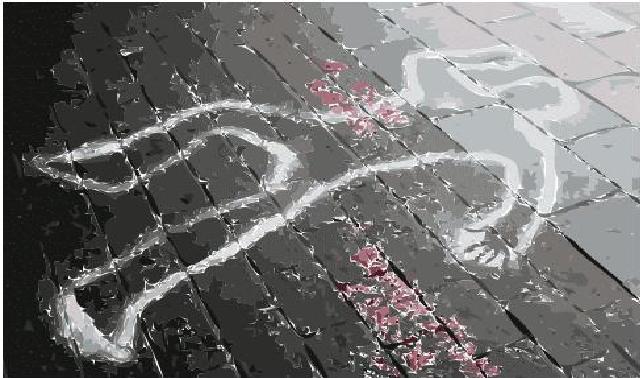 First the facts of the matter, as reported: Tracy Lawrence was only 43 years old when it appears she took her own life after blowing the whistle on a foreclosure scheme involving “robo-signing,” which was implemented by a company used by most banks when repossessing homes, Lender Processing Services (“LPS”), based in Jacksonville, Florida. According to KLAS-TV in Las Vegas, Lawrence admitted that she had fraudulently notarized about 25,000 documents as part of the fraudulent foreclosure scheme.

Lawrence blew the whistle on the LPS operation in which title officers Gary Trafford, 49, of Irvine, Calif., and Geraldine Sheppard, 62, of Santa Ana, Calif. allegedly told employees to forge their names and notarize the signatures on tens of thousands of default notices from 2005 to 2008, which were used to initiate foreclosures, according to the Nevada AG.

Two weeks ago the State of Nevada charged Trafford and Sheppard with 606 counts of offering false instruments for recording, false certification on certain instruments and notarization of the signature of a person not in the presence of a notary public. You can read the indictment here: Nevada Robosigning Indicment 11-16-11

The Nevada AG’s office sent investigators to Lawrence’s home after she didn’t show up for her sentencing on Monday morning. And here’s the fact that caused me to pause… she would have faced up to a year in jail and a possible fine up to $2,000.

Now, my views on this story: Am I being asked to believe that Tracy Lawrence took her own life because she might have been sentenced to up to a year in jail and a perhaps fined two grand? Because if that’s what I’m supposed to believe… well, I don’t. And yet the fact remains that she’s dead, and it certainly appears to be suicide. I also don’t believe that she was overcome with guilt at having done what she did and that’s what caused her to take her own life. Nope, I’m not buying either of those explanations.

The other thing I don’t like about the way the story has been reported is that LPS is mentioned sort of secondarily, as if Trafford and Sheppard were committing their crimes independently… like rogue employees… and that LPS had nothing to do with it. And that is simply pure, unadulterated crap. Robo-signing, as these crimes are euphemistically called, went on all over the country… all the major banks were involved, as were LPS and other vendors used in the foreclosure process. It’s obviously anything but an isolated incident… plainly, as practices go, it is ubiquitous. (And you know what they say about ubiquity… it’s everywhere.)

Look, I spent twenty years working as a consultant for large corporations at the C-Suite and senior management levels, including several of the TBTF banks, and I’m very familiar with their corporate cultures and operations. No mid-level manager at JPMorgan, for example, made a call to start committing fraud and forgery. Why? Because there’s be no reason to do so, that’s why. Faced with the problems that robo-signing addresses, any mid-level manager at a Fortune 500 company could and would simply kick it upstairs for a decision. There just wouldn’t be any upside to trying to handle it alone.

A First Vice President at Bank of America once told me the following story about the path to advancement at the bank. He said that when you take over a department, as long as you don’t change anything, you’ll move up regardless of how your department performs. But, if you so much as changed the brand of pencils ordered by that department, and then the department performs poorly… you’re fired. Now, I understand that the story is an exaggeration, but it’s an exaggeration to make a point.

The people that work in giant organizations like JPMorgan are not entrepreneurs, if they were they’d be starting their own businesses. Consequently, they are not the type to go around attempting to solve problems not of their own making, and for which they would receive no reward, especially when you realize how easily the issue can be kicked upstairs.

Lastly, robo-signing is not a solution that exists on a list that contains other solutions. In other words, if you’re a giant financial institution, and you chose robo-signing as your solution, it’s because you didn’t have anywhere else to go. For example, you didn’t say to the others at the conference table, “Well, we could solve the problem by doing XYZ. But, no… lets go with the fraud and forgery idea instead.”

Now, as to why robo-signing only seems to be a serious prosecutable crime in the State of Nevada? Why, that’s a darn fine question with which few in positions of power seem to be concerned. Of course, the question of MERS assignments, or even the question of proper legal standing seem to be the same sort of thing… in some states it matters, while in others it doesn’t.

Frankly, I’d be fine with it either way. If many of our current laws governing the transfer of property don’t matter and aren’t going to be enforced then let’s get rid of them. Just change the existing statutes to reflect our new definition of acceptable practices as related to foreclosure. You don’t need standing, anyone can sign off on any required document as long as their boss say it’s okay, and nothing needs to be recorded. If you receive a foreclosure notice from your bank, the only thing to do is pack your stuff. You see? Problem solved.

So, why did Tracy Lawrence take her own life? Obviously, I couldn’t know for sure… but it also seems obvious that LPS is a very large and very powerful company with employees all over the country, and Tracy blew the whistle. I don’t believe she was so scared that she might be sentenced to under a year in jail and up to a $2,000 fine, especially because as the whistle blower, she may have been sentenced to neither. Nor do I believe that she was overcome by guilt at having fraudulently signed and notarized documents used to foreclose on people’s homes because it wasn’t her idea… she was told by her employer to do it.

But I do believe that she was scared of the repercussions for her having blown the whistle on LPS … in fact, I believe she was scared to death as to what the rest of her life would be like having turned on LPS and the largest financial institutions in the world. And I also believe the Nevada AG should indict LPS or do whatever is necessary to put them on the stand, answering questions under oath. Because there is no doubt in my mind that Tracy Lawrence’s death is on their collective hands.