When most people think about America’s debt problem, they think of the debt of the federal government.  But that is only part of the story.  The sad truth is that debt slavery has become a way of life for tens of millions of American families.  Over the past several decades, most Americans have willingly allowed themselves to become enslaved to debt.

These days, most of us are busy either going into even more debt or paying off the debt that we have accumulated in the past.  When your finances are dominated by debt, it makes it really hard to ever get ahead.  Incredibly, 43 percent of all American families spend more than they earn each year.  Even while median household income continues to decline (now less than $50,000 a year), median household debt continues to go up.

According to the Federal Reserve, median household debt in America has risen to $75,600.  Many Americans spend decades caught in the trap of debt slavery.  Large numbers of them never even escape at all and die in debt.  It can be a lot of fun to spend lots of money and go into lots of debt, but it can be absolutely soul crushing to toil and labor for years paying off those debts while making others wealthy in the process.  Hopefully this article will inspire many people to try to escape the chains of debt slavery once and for all. 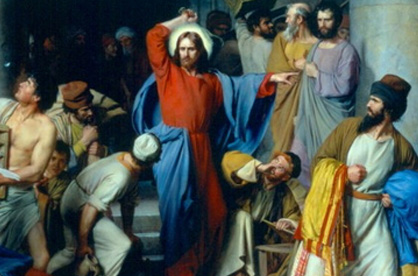 Because the truth is that the American people need a wake up call.  Consumer borrowing rose by another $19.3 billion in December.  Right now it is sitting at a grand total of $2.5 trillion according to the Federal Reserve.

Overall, consumer debt in America has increased by a whopping 1700% since 1971.

We always criticize the federal government for going into so much debt, but we rarely criticize ourselves for our own addiction to debt.

Debt slavery is destroying millions of lives all across this country, and it is imperative that we educate the American people about the dangers of all this debt.

The following are 30 facts about debt in America that will absolutely blow your mind….

#1 Today, 46% of all Americans carry a credit card balance from month to month.

#2 Overall, Americans are carrying a grand total of $798 billion in credit card debt.

#3 If you were alive when Jesus was born and you spent a million dollars every single day since then, you still would not have spent $798 billion by now.

#4 Right now, there are more than 600 million active credit cards in the United States.

#6 If you can believe it, one out of every seven Americans has at least 10 credit cards.

#7 The average interest rate on a credit card that is carrying a balance is now up to 13.10 percent.

#8 According to the credit card calculator on the Federal Reserve website, if you have a $10,000 credit card balance and you are being charged a rate of 13.10 percent and you only make the minimum payment each time, it will take you 27 years to pay it off and you will end up paying back a total of $21,271.

#9 There is one credit card company out there, First Premier, that charges interest rates of up to 49.9 percent.  Amazingly, First Premier has 2.6 million customers.

#10 The length of auto loans in America just keeps getting longer and longer.  If you can believe it, 45 percent of all new car loans being made today are for more than 6 years.

#11 Approximately 70 percent of all car purchases in the United States involve an auto loan.

#12 A subprime auto loan bubble is steadily building.  Today, 45 percent of all auto loans are made to subprime borrowers.  At some point that is going to be a massive problem.

#13 Total home mortgage debt in the United States is now about 5 times larger than it was just 20 years ago.

#14 Mortgage debt as a percentage of GDP has more than tripled since 1955.

#15 According to the Mortgage Bankers Association, approximately 8 million Americans are at least one month behind on their mortgage payments.

#16 Historically, the percentage of residential mortgages in foreclosure in the United States has tended to hover between 1 and 1.5 percent.  Today, it is up around 4.5 percent.

#18 Overall, nearly 29 percent of all homes with a mortgage in the United States are underwater.

#19 If you can believe it, the mortgage lenders now have more equity in U.S. homes than the American people do.

#20 Medical debt is a major problem for a growing number of Americans.  One study discovered that approximately 41 percent of all working age Americans either have medical bill problems or are currently paying off medical debt.

#22 But even if you do have health insurance, there is still a good chance that you could end up with huge medical debt problems.  According to a report published in The American Journal of Medicine, medical bills are a major factor in more than 60 percent of the personal bankruptcies in the United States.  Of those bankruptcies that were caused by medical bills, approximately 75 percent of them involved individuals that actually did have health insurance.

#24 If you went out right now and starting spending one dollar every single second, it would take you more than 31,000 years to spend one trillion dollars.

#27 After adjusting for inflation, U.S. college students are borrowing about twice as much money as they did a decade ago.

#28 One survey found that 23 percent of all college students actually use credit cards to pay for tuition or fees.

#29 The student loan default rate has nearly doubled since 2005.

#30 Student loans made to directly to parents have increased by 75 percentsince the 2005-2006 academic year.

At this point, most Americans are up to their eyeballs in debt.  According to a recent study conducted by the BlackRock Investment Institute, the ratio of household debt to personal income in the United States is now 154 percent.

Our entire economy has become based on credit.

Do you need a car?

Just get an auto loan.

Do you need a house?

Just get a mortgage.

Do you need to fill up your house with stuff?

Just get a credit card.

Do you need an education?

Just get a student loan.

So what should you do if you are drowning in debt?

First, make a firm decision that you are going to break the chains of debt slavery once and for all.

Secondly, come up with a plan to reduce your debt.  Paying off debt that carries a high rate of interest first (such as credit card debt) is usually a good idea.

The big financial institutions want to get us into as much debt as possible, because all of this debt makes them incredibly wealthy.

Yes, that may mean that you may have to put off certain purchases until you can come up with the money, but in the long run you will be much better off.