While actually attacking the powers that be, a tyrant by usurpation is a traitor acting against the common weal, and, like any other criminal, may be put to deathby legitimate authority. If possible, the legitimate authority must use the ordinary forms of law in condemning the tyrant to death, but if this is not possible, it can proceed informally and grant individuals a mandate to inflict the capital punishment.

St. Thomas (In II Sent., d. XLIV, Q. ii, a. 2), Suarez (Def. fidei, VI, iv, 7), and the majority of authorized theologians say that private individuals have a tacit mandate from legitimate authority to kill the usurper when no other means of ridding the community of the tyrant are available. Some, however, e.g. Crolly (De justitia, III, 207), hold that an express mandate is needed before a privateperson can take on himself the office of executioner of the usurping tyrant. All authorities hold that a private individual as such, without an express or tacit mandate from authority, may not lawfully kill an usurper unless he is actually his unjust aggressor. Moreover, it sometimes happens that an usurper is accorded the rights of a belligerent, and then a private individual, who is a non-combatant, is excluded by international law from the category of those to whom authority is given to kill the tyrant (Crolly, loc. cit.).

If an usurper has already established his rule and peacefully reigns, until the prescriptive period has run its course the legitimate ruler can lawfully expel him by force if he is able to do so, and can punish him with death for his offence. If, however, it is out of the legitimate ruler’s power to re-establish his own authority, there is nothing for it but to acquiesce in the actual state of affairs and to refrain from merging the community in the miseries of useless warfare. In these circumstances, subjects are bound to obey the just laws of the realm, and can lawfully take an oath of obedience to the de facto ruler, if the oath is not of such anature as to acknowledge the legitimacy of the usurper’s authority (cf. Brief of Pius VIII, 29 Sept., 1830). This teaching is altogether different from the view of those who put forward the doctrine of accomplished facts, as it has come to be called, and who maintain that the actual peaceful possessor of the ruling authority is also legitimate ruler. This is nothing more or less than the glorification of successful robbery. 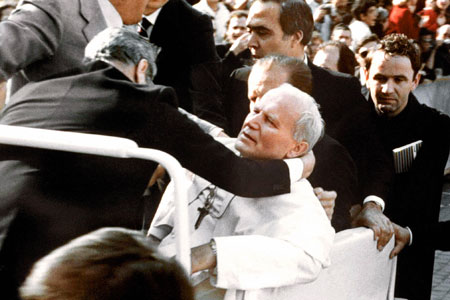 Looking on a tyrant by oppression as a public enemy, many authorities claimed for his subjects the right of putting him to death in defence of the common good. Amongst these were John of Salisbury in the twelfth century (Polycraticus III, 15; IV, 1; VIII, 17), and John Parvus (Jehan Petit) in the fifteenth century. TheCouncil of Constance (1415) condemned as contrary to faith and morals the following proposition:

“Any vassal or subject can lawfully and meritoriously kill, and ought to kill, any tyrant. He may even, for this purpose, avail himself of ambushes, and wily expressions of affection or of adulation, notwithstanding any oath or pact imposed upon him by the tyrant, and without waiting for thesentence or order of any judge.” (Session XV)

Subsequently a few Catholics defended, with many limitations and safeguards, the right of subjects to kill a tyrannical ruler. Foremost amongst these was theSpanish Jesuit Mariana. In his book, “De rege et regis institutione” (Toledo, 1599), he held that people ought to bear with a tyrant as long as possible, and to takeaction only when his oppression surpassed all bounds. They ought to come together and give him a warning; this being of no avail they ought to declare him a public enemy and put him to death. If no public judgment could be given, and if the people were unanimous, any subject might, if possible, kill him by open, but not by secret means. The book was dedicated to Philip III of Spain and was written at the request of his tutor Garcias de Loaysa, who afterwards became Bishopof Toledo. It was published at Toledo in the printing-office of Pedro Rodrigo, printer to the king, with the approbation of Pedro de Oñ, Provincial of theMercedarians of Madrid, and with the permission of Stephen Hojeda, visitor of the Society of Jesus in the Province of Toledo (see JUAN MARIANA). Most unfairly the Jesuit Order has been blamed for the teaching of Mariana. As a matter of fact, Mariana stated that his teaching on tyrannicide was his personal opinion, and immediately on the publication of the book the Jesuit General Aquaviva ordered that it be corrected. He also on 6 July, 1610, forbade any member of the order to teach publicly or privately that it is lawful to attempt the life of a tyrant.

Though Catholic doctrine condemns tyrannicide as opposed to the natural law, formerly great theologians of the Church like St. Thomas (II-II, Q. xlii, a.2),Suarez (Def. fidei, VI, iv, 15), and Bañez, O.P. (De justitia et jure, Q. lxiv, a. 3), permitted rebellion against oppressive rulers when the tyranny had become extreme and when no other means of safety were available. This merely carried to its logical conclusion the doctrine of the Middle Ages that the supreme ruling authority comes from God through the people for the public good.

As the people immediately give sovereignty to the ruler, so the people can deprive him of his sovereignty when he has used his power oppressively. Many authorities, e.g. Suarez (Def. fiedei, VI, iv, 18), held that the State, but not private persons, could, if necessary, condemn the tyrant to death. In recent times Catholic authors, for the most part, deny that subjects have the right to rebel against and depose anunjust ruler, except in the case when the ruler was appointed under the condition that he would lose his power if he abused it.

In proof of this teaching theyappeal to the Syllabus of Pius IX, in which this proposition is condemned: “It is lawful to refuse obedience to legitimate princes, and even to rebel” (prop. 63). While denying the right of rebellion in the strict sense whose direct object is the deposition of the tyrannical ruler, many Catholic writers, such as Crolly,Cathrein, de Bie, Zigliara, admit the right of subjects not only to adopt an attitude of passive resistance against unjust laws but also in extreme cases to assumea state of active defensive resistance against the actual aggression of a legitimate, but oppressive ruler.

Many of the Reformers were more or less in favour of tyrannicide. Luther held that the whole community could condemn the tyrant to death (Sämmtliche Werke”, LXII, Frankfort-on-the-Main and Erlangen, 1854, 201, 206). Melanchthon said that the killing of a tyrant is the most agreeable offering that man can make to God (Corp. Ref., III, Halle, 1836, 1076). The Calvinist writer styled Junius Brutus held that individual subjects have no right to kill a legitimate tyrant, but that resistance must be authorized by a representative council of the people (Vindiciae contra Tyrannos, p. 45). John Knox affirmed that it was the duty of the nobility, judges, rulers, and people of England to condemn Queen Mary to death (Appellation).

How To Destroy The New World Order Scheme: Critical Thinking ~ Stop Being Victimized As ‘Human Capital’

White House Insisted IHS (MONOGRAM FOR JESUS CHRIST) To Be Covered Before Obama Would Give A Talk At George Town University. The University Complied (ANATHEMA) 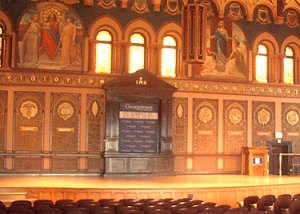 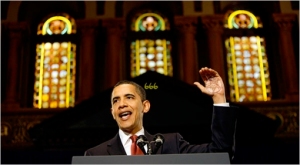 ← Simply Ignore Obama’s 44 Unapproved, Unconstitutional, & Unelected Czars Of Totalitarianism ~ Which He Replaced The Elected Congress With!
How To Destroy The New World Order Scheme: Critical Thinking ~ Stop Being Victimized As ‘Human Capital’ →