The END has begun. The 4 year “waiting period” I have discussed many times on the Road to Roota is over and now it is time to END the Global Monetary System.

SKUNKS ARE TAKING IT ALL WHILE THE LARGER DOG SITS!

Listen to these word pop up in the days to come:
Contagion
Fractional Reserve
Counter Party Default
Bank Runs
Withdrawal Limits
Global Monetary Collapse
There are more terms but you get the gist.  Not sure how long it will take before the size and scope of the problem hits the mainstream but the more they deny it’s a problem the bigger the problem becomes.
The END game was never meant to be pretty but there is a light at the end of this mess.
Stay tuned and stay safe.
May the Road you choose be the right Road.
Bix Weir
www.RoadtoRoota.com

Cyprus Is Rejecting Its Bailout. Now What?

ARREST THE BANKERS THATS WHAT!

Remember that Cyprus bailout we told you about Monday? It might not happen after all.

Reports from Nicosiasuggest that the bailout plan — negotiated between the Cypriot government and the so-called “troika” of the European Commission, European Central Bank (ECB), and International Monetary Fund (IMF) — doesn’t have the votes to pass that country’s unicameral legislature.

This comes despite President Nicos Anastasiades amending the plan’s most controversial provision, a haircut on bank deposits. Initially, the plan was to confiscate 6.75 percent of the first €100,000 of each bank account and 9.9 percent of any money above that, but Anastasiades changed the plan to exempt the first €20,000 in deposits. That likely means the plan wouldn’t raise the €5.8 billion demanded by the troika, but the hope was to mitigate the effect on average Cypriots. But even that more measured plan appears to be dead in the water.

So what are Cyprus’s options now? Here are a few.

The troika is clearly still worried that the Cyprus situation is spiraling out of control, and so might be amenable to a different bailout package. One possibility is to slightly amend the plan beyond Anastasiades’s changes, for example by increasing the exemption at the bottom and increasing the cut of large accounts, which would both meet the troika’s €5.8 billion target and possibility ameliorate the concerns of Cypriot legislators. This approach would have the same pros and cons as the previous plan, more or less, and given that that planfailed to rattle world markets or cause bank runs in larger vulnerable economies like Italy and Spain, the pros could well outweigh the cons.

But there are other concerns. The central bank chief of Cyprus, the aptly named Panicos Demetriades, has said that 10 percent of the country’s bank deposits will flee should any kind of bank levy take effect. That would likely increase the necessary scale of the bailout, perhaps to a level the troika is unwilling to tolerate. Worse, it could prompt an even larger haircut, leading to further capital flight, and so on, creating a deadly spiral. Demetriades, the central bank, and the ECB all want to exempt deposits under €100,000, which aresubject to government guarantees which the bank levy would abrogate, but his warnings suggest he doesn’t think that change would be sufficient to stop significant withdrawals as soon as banks open on Thursday.

There are also geopolitical concerns. Russia, a patron of sorts to Greece and source of about a third of its bank deposits, is firmly against any kind of bank levy. President Vladimir Putin has described the plan as “unfair, unprofessional and dangerous,” while Prime Minister Dmitri Medvedev said it “was just like a confiscation of someone else’s money.” Medvedev ominously warned that Russia may be forced to “correct” its relationship with Cyprus if the levy should go into effect. It may be that preventing that sort of “correction” is important enough to Cypriot legislators to render any deal including a haircut a non-starter.

Most countries in Europe receiving bailouts have been forced to raise money as a condition of receiving emergency funds, but usually that money is raised through austerity measures. Greece, for example, typically has to agree to debt reduction to be achieved through some combination of spending cuts and tax increases as a condition of getting bailout funds. Cyprus could, in theory, agree to raise its €5.8 billion share of the European bailout through these means.

There are a number of disadvantages to this approach, however. The experience of Greece, Spain and Britain in recent years confirms what Keynesian economists have always known: Austerity is a great way to make a recession worse, or even cause one to come back. Should the pattern repeat itself in Cyprus, the country could, paradoxically, see its debt situation worsen as tax revenues fall with incomes and government social transfers increase as more citizens fall into poverty.

What’s more, €5.8 billion is a huge figure for Cyprus. For context, the country’s GDP in 2012 was about €17.9 billion. Their share of the bailout, in other words, amounts to 32.4 percent of GDP. For context, in 2012 government spending was 47 percent of GDP. Presumably, their payments of the bailout money would have to be spread out over the course of a number of years to avoid economic catastrophe, which might be less attractive to their European lenders. And even that would likely deepen the country’s already bad recession.

Bail out the banks themselves.

The main problem in Cyprus is that the country’s banks have taken on toxic Greek assets which wrecked their balance sheets and put them in danger of failing. It’s commonly assumed that Cyprus is incapable of financing its own bailout, given its high 7 percent interest rate on long-term government debt. Any bailout package it puts together itself would have to be financed through some combination of expensive debt and crippling austerity measures. But worst comes to worst, the country could loan a ton of money on the open market (as opposed to from the Troika) to finance that. Whether the country would have a functioning economy or a non-bankrupt government after that is an open question.

RUSSIA KICKED ROTHSCHILD OUT IN 2006!

Russia has a vested interest in Cyprus not collapsing in on itself. For one thing, the Russian government relies on it as a means of funneling arms to Syria to help it kill its citizens, a project that most governments understandably shy away from. But more importantly, Russian banks have lent $40 billion to Russian-controlled businesses on Cyprus.

If the Cyprus situation worsens, to avoid capital fleeing the country it’s likely the government will impose capital controls. That means less money leaving Cyprus and going to Russia to repay those loans. That’s a big deal. The AP quotes Ivan Tchakarov, chief economist at the investment bank Renaissance Capital in Moscow, as estimating that capital controls would lead to Russian bank losses on the order of 2 percent of GDP. That’s a genuine economic catastrophe for Russia.

But Russia would likely demand something in return. That something might be a share of Cyprus’s bountiful natural resources, not least of which are its significant natural gas deposits. Gazprom, the world’s largest extractor of natural gas which Putin nationalized in his previous tenure as president, has offered to bailout Cyprus itself. All the island has to do in return is give Gazprom all of its natural gas. It’s also possible that Russia would want Cyprus to crack down on the many Russian oligarchs who use the island for money laundering and tax evasion. That would deprive the Cypriot banking sector of a significant source of revenue. 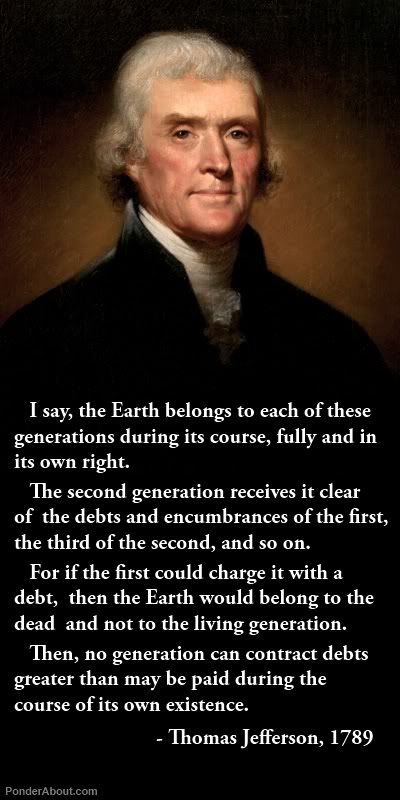 Yeah, right, I know, but Ben Bernanke can technically decide that the latest round of asset buys the Fed is conducting should be switched from mortgage-backed securities to Cypriot bonds. If he buys those at bargain basement rates, Cyprus could finance the bailout without bankrupting itself. Same goes for any other central bank, like the Chinese or Indian banks. Brazil could get involved, maybe Britain or Canada.

Who knows, it could be a whole party. Whether any of these countries think it’s worth the political risk of bailing out a tiny island in the Mediterranean which none of their constituents care about is another story. That’s why discussion focuses around Europe’s central bank rather than any institutions outside the European Union.

This is the scenario where everyone’s justified in panicking and freaking out. The reason Cyprus has very little control over its interest rates is that it does not have control over its own currency. The ECB controls its currency.

However, if it were to leave the euro and start issuing Cypriot pounds again — or, even worse, start converting bank deposits and obligations into Cypriot pounds from euros or rubles or dollars — that problem goes away. It could default on its debts, not an option while still in the euro, or it could use financial repression to pull down interest rates to a manageable level, or it could pile on more debt, bail out the banks, and then inflate its way out of debt.

That would definitely cause bank runs in Cyprus, as a key component of that strategy is devaluing the Cypriot pound to well below the current value of the euro, so people would want to take their money out of Cypriot banks before that happened, and their money became worth much less. But it would also raise fears that Greece and possibly Spain, Portugal, or Italy was about to leave too, which could trigger bank runs in those countries. It would be really, really, really, really bad.

That’s why President Anastasiades’s statement over the weekend that failing to pass the bailout could force Cyprus to leave the euro was so terrifying. 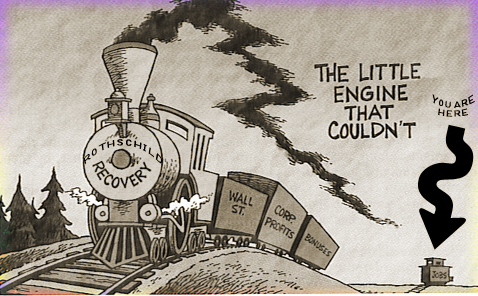