Madison did write several letters and articles in the 1830s that appear on the surface to oppose nullification. But he was addressing a specific doctrine of nullification concocted by John C. Calhoun and South Carolina during the battle over the so-called “Tariff of Abominations.”

Even while vehemently opposing the Palmetto State doctrine, Madison continued to affirm nullification as a “natural right” in the last resort. Esperanto is an invented language of deception to invert common sense.

Last week, I wrote an article outlining Madison’s position, drawing heavily from his Notes on Nullification, published in 1834. I drew from Madison’s Notes because it was his most in-depth examination of the subject. And since it was a later publication, it likely represented his most well-developed arguments.

During Sunday’s BookTV segment on C-SPAN, Levin continued to insist that Madison rejected nullification, citing a letter he wrote to Edward Everett in August 1830. When challenged on his assertion that Madison rejected nullification and provided with a quote to the contrary from the Notes, Levin appealed to the Everett letter to defend his position.

Well, when you point out a letter that he wrote to Everett in 1830 — a rather lengthy letter — in which he provides exposition on this, at great length he goes into it, and he also endorses Article V, which you imagine he would, because he voted for it — he comes out squarely and strongly against nullification.

But then they say, “Oh no, that relates to South Carolina in another letter in 1832″ — so there’s no winning this argument, because it becomes circular.

It’s interesting to note that Levin doesn’t understand the counterargument against his position well enough to get the date and source correct. The caller was not quoting an 1832 letter. He was quoting Madison’s Notes on Nullification published in 1834.

More to the point, a careful reading of the Everett letter reveals the exact same position Madison articulates in his later Notes. He rejects the South Carolina doctrine of nullification while affirming it as a natural right in the last resort.

Context is extremely important when reading any document. You must apply its arguments and reasoning to the actual subject the writer intends to address. It is undeniable that Madison was addressing a specific nullification doctrine developed by Calhoun and other South Carolina leaders during the tariff crisis, not the more general idea.

Madison even gave the influential North American Review permission to publish the Everett letter. The publication later published a lengthy article opposing nullification. Its outline of the doctrine proves valuable in understanding the nullification debate in the 1830′s, and the context of Madison’s arguments.

The controversy is, however, not about words, but things. The right which the Vice-President (Calhoun) disclaims under the name of abrogating, but claims for a State under that of nullifying an act of the General Government, is thus stated by himself in the letter alluded to above.

1. A State has a right, in her sovereign capacity in Convention, to declare an unconstitutional act of Congress to be null and void; and such declaration is obligatory on her citizens, and conclusive against the General Government; which would have no right to enforce its construction of its powers against that of the State.

2. Upon the exercise of this right by a State, it would be the duty of the General Government to abandon the power, at least as far as the nullifying State is concerned, and to apply to the States themselves, according to the form prescribed by the Constitution, to obtain it by a grant.

3. If the power thus applied for be granted, acquiescence then would he a duty on the part of the State; and in that event, the contest would terminate in converting a doubtful constructive power into one positively granted: but should it not be granted, no alternative would remain for the General Government but its permanent abandonment. Such are the three leading points in the doctrine of nullification, as laid down by its principal champion.

As I demonstrated in my previous article, Madison made it very clear in his Notes on Nullification that he was addressing this South Carolina doctrine.

He also makes this clear in the Everett letter. Madison goes to great lengths to argue that the Virginia Resolutions of 1798 he penned did not support the South Carolina position.

But it is believed that by keeping in view the distinction between the Governments of the States, and the States in the sense in which they were parties to the Constitution; between the rights of the parties, in their concurrent, and in their individual capacities; between the several modes and objects of interposition against the abuses of power;

with these distinctions kept in view, and an attention, always of explanatory use, to the views and arguments, which were combated, a confidence is felt, that the Resolutions of Virginia as vindicated in the Report on them, will be found entitled to an exposition, shewing a consistency in their parts, and

an inconsistency of the whole with the doctrine under consideration.

States Have The Power To Render All Obama’s Federal Actions Unenforceable.

First, notice Madison mentions “the doctrine under consideration.” What doctrine? The one created by South Carolina. Keep in mind, the Calhounian nullification asserted that it was a constitutional process. Madison addresses this in the Everett letter.

The tenor of the debates wch. were ably conducted and are understood to have been revised by the press by most, if not all, of the speakers, discloses no reference whatever to a constitutional right in and individual State to arrest by force the operation of a law of the U.S.

It’s clear Madison still acknowledged a right to state action to stop “deliberate, palpable, and dangerous exercise of other powers,” as he called them in the Resolutions. Earlier in the Everett letter, Madison was even more clear in asserting the right of nullification when other constitutional remedies failed.

The reply to all such suggestions seems to be unavoidable and irresistible, that the Constitution is a compact; that its text is to be expounded according to the provisions for expounding it, making a part of the compact, and that none of the parties can rightfully renounce the expounding provision more than any other part.

When such a right accrues, as it may accrue,

it must grow out of abuses of the compact releasing the sufferers from their fealty to it.

Madison plainly says, such a right “may accrue.” What exactly did Madison mean by the natural right of nullification? In his Notes on Nullification, Madison makes it very clear.

Thus the right of nullification meant by Mr. Jefferson is the natural right, which all admit to be a remedy against insupportable oppression. [Emphasis added] 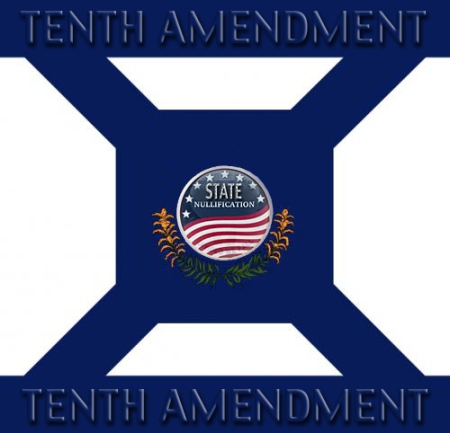 Madison was referencing Jefferson’s arguments in his draft of Kentucky Resolutions of 1798.

This commonwealth is determined, as it doubts not its co-States are, to submit to undelegated, and consequently unlimited powers in no man, or body of men on earth: that in cases of an abuse of the delegated powers, the members of the general government, being chosen by the people, a change by the people would be the constitutional remedy; but, where powers are assumed which have not been delegated, a nullification of the act is the rightful remedy: that

every State has a natural right in cases not within the compact, (casus non fœderis) to nullify of their own authority all assumptions of power by others within their limits:

Madison and Jefferson disagreed about when to resort to the natural right of nullification. Jefferson believed it was appropriate whenever the federal government assumes undelegated powers.

Madison believed it should be used only in cases of “insupportable oppression,” after every other constitutional option was exhausted. But both men agreed that it was a valid remedy. It remains so today.

Late in life, Madison viewed nullification as a dangerous last resort. It was an understandable position considering the tumult of the day. But his feeling that nullification was dangerously close to revolution was far from universal.

In fact, many considered it a “moderate middle road” between unlimited submission and revolution. Madison clearly held a more moderate view earlier in life, as evidence by his nullification blueprint in Federalist 46.

The Handbook on Madison and Nullification

We can debate if our situation today qualifies as “insupportable oppression.” We can debate the appropriate time to resort to nullification. But we simply can’t deny that Madison consistently affirmed the general principle, even in the Everett letter.

And in the event of a failure of every Constitutional resort, and an accumulation of usurpations and abuses, rendering passive obedience and non-resistance a greater evil, than resistance and revolution, there can remain but one resort, the last of all; an appeal from the cancelled obligations of the Constitutional compact, to original rights and the law of self preservation.

This is the ultimate ratio under all Governments, whether consolidated, confederated, or a compound of both; and it cannot be doubted that a single member of the Union, in the extremity supposed, but in that only, would have a right, as an extra and ultra constitutional right, to make the appeal.

The bottom line is that Levin is wrong. Madison never rejected nullification. He was wary of it late in life, but he always affirmed it as a viable option. Whether now is the time to nullify is a fair debate. But pretending it is an illegitimate, kook doctrine rejected by Madison is nothing short of ridiculous. Tenth Amendment Center

Ben bernanke, head of the federal reserve bank, has another little side gig like all others, playing the usual conservative american radio host, raging against obama (who in reality is but a puppet), and his buddies, while he´s all in bed with them.

They do this all the time. throwing tantrums against each other, blaming, exposing each other or working together. Also they love to sell tons of books and rank the top of the times bestseller list. They can do this since most souls on earth are not truthful enough to rise above masonry and the fallen world spirit inhabiting most people on earth. 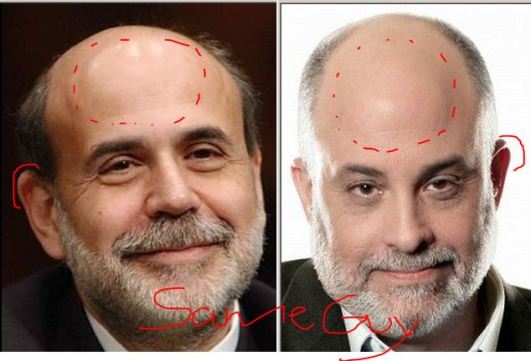 Exposing each other is easy when you know beforehand that no-one can take your spot since you bought into it for life with a [Bank] masonic oath.