[CIA Trained Mercenary] Militants embattled against the government of Syrian President Bashar Al-Assad have reportedly come into possession of high-powered anti-tank weaponry, the likes of which may have been supplied by the United States [Obama Regime Using Taxpayer’s Money].

Images of militants equipped with heavy arms have begun to circulate in recent days, and at least one news site has claimed that the source responsible is the US government.

On Monday, Israel’s Debkafile website reported that two moderate Syrian militias — the Free Syrian Army and the Syrian Revolutionary Front — have been supplied with advanced US weapons, including armor-piercing, optically-guided BGM-71 TOW missiles, thanks to the Pentagon. 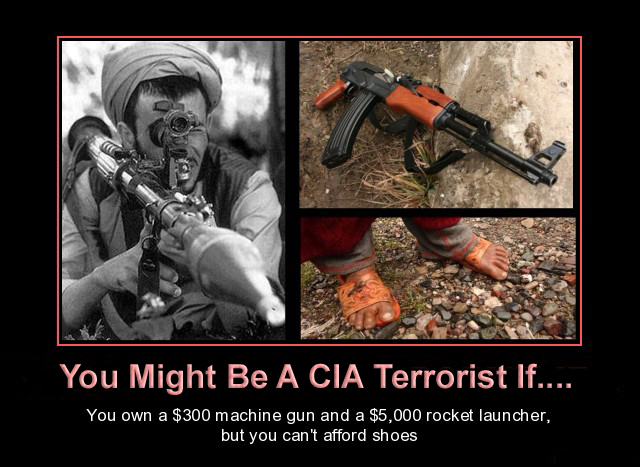 According to Debkafile’s report, US Gen. Martin Dempsey — the chairman of the Joint Chiefs — asked officials in Israel last week to help get Saudi Arabian fighter jets stationed at the kingdom’s Faisal Air Base at Tabuk near Jordan positioned in a manner that would provide air cover as American forces moved the weapons into southern Syria. Debkafile attributed the claims to unnamed military sources.

Late last month, the Wall Street Journal reported that US President Barack Obama and Saudi Arabia’s King Abdullah “appeared to narrow their disagreement on assisting Syrian rebels” amidst a meeting between the two. According to the Journal’s report, Obama administration officials said the meeting ended with the White House agreeing to increase its level of assistance to Syrian foreign backed militant groups.

At the same time, however, the Journal reporters said that the White House made it clear to the Saudis — who reportedly asked for America’s assistance — that Washington was not comfortable supplying certain weapons, including hand-held anti-aircraft missile launchers known as manpads, due to the “proliferation risk” involved with introducing those types of arms into the heart of Syria.

The South China Morning Post also cited US officials as saying the Obama administration was considering supplying [assault] weapons and has recently “been able to develop deeper relations with the opposition.”

Then over the weekend, a blog that specializes in covering the Syrian conflict published screenshots from just-uploaded YouTube videos alleged to show militants using the US-made tube-launched, optically-tracked, wire-guided anti-tank missiles.

Iran’s Fars News agency also reported on Monday that their sources said the US has supplied the anti-tank missiles to the militants fighting against Assad.
NJF/NJF

Duke Rusov Militia — Sviatoslav Brave kind of Rurik
On this day 3 July 964 AD, now and forever, we — Russia, will celebrate the Day of Victory over the Jewish Khazars. Who are now better known as secular zionists.
This victory made it possible for the very survival of the physical survival and the Russian people.

China Warns Kerry: Sanctions Against Russia Will Bring “Retaliatory Action” Which This Time Kerry Will Loose!

← Iran’s Massive Humanitarian Aid To Syria
Silver’s $20 Per Ounce Battlefield Is Here: May 2014 Critical Beginning Of The End For Petrodollar Props. →