When [mafia’s] Obama took control of Ukraine in February 2014, via a coup d’etat against the democratically elected President, rather than by an outright invasion of U.S. troops, the new Government that he imposed in Kiev was democratically very vulnerable.

The man whom Obama overthrew had been elected by overwhelming margins in Crimea, Luhansk and Donetsk regions in Ukraine’s southeast and by high margins elsewhere in the country’s southeast; those southeastern voters needed to be gotten rid of (exterminated &/or expelled from Ukraine) in order to make the new, pro-U.S. Ukrainian regime (which was supported only by the voters in Ukraine’s northeast), stick, if Ukraine was ever to be restored to democracy while being anti-Russian such as the the new rulers were, whom Obama had installed.

But Crimea immediately broke away from that new Government, Russian troops came into Crimea to protect them against military action that was planned by the U.S. to stop that breakaway, and Crimeans then immediately held a plebiscite in March which overwhelmingly supported reuniting Crimea with Russia — Crimea had never voluntarily left Russia: the USSR’s leader Khrushchev had donated Russia’s Crimean region to Ukraine in 1954, and Crimeans were always overwhelmingly opposed to that change.

Then, elsewhere in Ukraine’s southeast, locals took over government buildings and refused to accept the new coup-imposed, anti-Russian Ukrainian Government. Obama and his newly appointed leaders of Ukraine didn’t like that, and were determined to stop the rebellion.

They commenced an ethnic-cleansing campaign to eliminate the voters in the southeast (except in Crimea, which was now being defended by Russian troops, so Obama wouldn’t support his coup-regime’s intent to extend the ethnic cleansing immediately into Crimea and even to destroy Russia; Obama viewed that intent as being premature; his ethnic-cleansing program would be only in other parts of the southeast).

No one can understand Obama’s defeat in Ukraine who does not know that he imposed upon Ukraine a Government that was committed to an ethnic-cleansing campaign to get rid of the people in the regions that had voted for the man whom Obama overthrew. That’s basic to know, in order to have any possibility to understand why Obama lost this war that he started with his February coup. In fact, the man whom the Obama-team chose to design the ethnic-cleansing program announced in June that there were going to be concentration-camps for everyone in the southeast who supported the breakaway-movement.

The official U.S. line was that the people in the southeast were ‘terrorists’ who were bombing their own people and causing their own problems; or, as Christia Freeland said in The New York Times, “This is not a civil war.” The U.S. regime always staunchly backed what the new Ukrainian Government was doing in the southeast, specifically the ethnic-cleansing campaign. One reason this line, that the southeasterners were bombing their own people (the southeasterners), was false (besides it’s being simply ridiculous) is that the civil war did not even start until May 2nd, when there was a massacre of peaceful opponents of the new Obama-imposed Government, carried out by supporters of the new government who were bussed into Odessa from Kiev in the northwest for that occasion, which massacre occurred at the Odessa Trade Unions Building.

This massacre was co-masterminded and was funded by Ihor Kolomoyskyi, a Ukrainian billionaire who hired Joe Biden’s son and won a local governorship from Obama’s team.

The U.S. State Department opened a daily press conference on July 29th by asserting that the U.S. and EU are “united in their determination to respond to intensified Russian aggression.”

The audience of ‘journalists’ (the usual group of stenographers of U.S. officialdom) asked this U.S. Government spokesperson questions designed to get her to pour yet more calumny against America’s victims in Ukraine (especially against the people who were being bombed there), and she said,

“Of course, we support de-escalation. But for the most part, the vast majority of escalation has been from the Russian side … and the Russian separatists [the official Western term for the people we’re bombing].”

She alleged that it is they, and not the Ukrainian Government (which was bombing those ‘separatists’ villages), that’s doing the “escalation,” in the Ukrainian civil war that the U.S. had started, and then was funding our nazi regime there to perpetrate against those Ukrainian villagers; that is, against the very people whom she was charging to be the source of the problem.

We’ve got to clear the land in Ukraine’s southeast, so as to enable our oil companies to frack Ukraine’s gas. Except that ‘we’ don’t own those fracking companies; the biggest one is owned by oligarch Ihor Kolomoyskyi, whose U.S. agent is Joe Biden’s son, Hunter Biden, and who also hired someone from John Kerry’s clique. There are also many other benefits to the American aristocracy that would have resulted if Obama had won Ukraine, but most of those benefits will be lost if the gas fields in Ukraine’s southeast are no longer assets that can be sold off (“privatized”) to Western oil companies dirt-cheap by the Ukrainian Government desperate to repay the nearly $30 billion that the U.S., EU, and IMF lent to that Government to finance their ethnic-cleansing program, which is basic to that privatization.

If those loans don’t work out, Western taxpayers will be forced to repay those lenders to Ukraine, as Western citizens pay taxes.

However, our Ukrainian Government ultimately did fail to get rid of enough Ukrainians. As the IMF’s Christine Lagarde had warned on May 1st (right before the massacre in Odessa that began the ethnic cleansing so as to eliminate the undesired voters from Ukraine’s southeast), a “loss of economic control over the east [loss of that fracking-income] that reduces [Ukrainian] budget revenue would require a significant recalibration of the [loan] program; and [end] additional financing, including from Ukraine’s bilateral partners,” the U.S. and EU.

As things turned out, those “bilateral partners” have, by now, already lent Ukraine all that they can or will, and the job was way short of being finished. The best that was in prospect for any continuation of it was a long-drawn-out guerilla war, for which the West had neither the money, nor the will.

So: our side’s “loss of economic control over the east” means that Obama has, in effect, lost his Ukrainian war, and that the West’s taxpayers and recipients of government services will be forced to reimburse the IMF (via increased taxes and reduced services) for losses on the more-than-$30-billion loans to Ukraine. The IMF acted as middleman for the West’s aristocrats (as it always does), protecting them from losses on their international investments, so IMF member-governments (taxpayers and service-recipients) absorb any aristocrat’s losses. Of course, on aristocrats’ winning bets, they get to keep all gains. Meanwhile, the public (those taxpayers and benefit-recipients) in any country that borrows from the IMF get voraciously stripped, as the citizens in Ukraine will increasingly recognize. But Obama’s Ukraine-deal was a bummer for just about everybody, except weapons-makers.

Poor Barack Obama — he’ll need to wait till he’s out of office before the billions start rolling his way (like they’re already starting to roll for his friend and former subordinate Timothy Geithner).

The reason Obama lost, is that the residents in Ukraine’s southeast would rather fight to the death than yield to our [Rothschild] nazis.

Unlike the Jews in Nazi Germany, the ethnic Russians who live in Ukraine have their own guns, and also have the ones from Ukrainian troops they had killed. They also can get some weapons from Russia next door. But, above all, they’re willing to fight to the death, which only a few dedicated nazis on our side are. 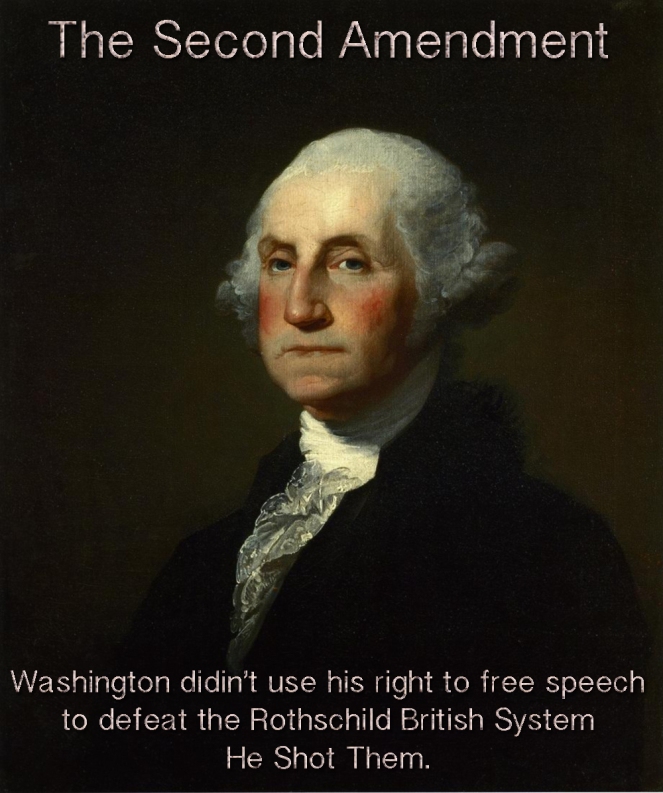 Not enough anti-Russian racist fascists exist, for that victory to be able to happen. And, by the end of June, Obama finally recognized that: he threw in the towel.

Of course, he wouldn’t directly stop his stooges from slaughtering people, but, from July 1st on, he had no further appetite to increase U.S. Government debt to support that slaughter. The Obama-supporting Kyiv Post had headlined back on May 26th (the very day after the election — but only in Ukraine’s northwest — of Petro Poroshenko, as Ukraine’s President), “Poroshenko Pledges to Step Up Anti-Terrorism Operation, Bring Success within ‘Hours,’ Not Months.”

But, now, already more than a month had gone by, and yet Poroshenko-Kolomoisky-Obama-Yatsenyuk not only didn’t experience “success” within “days,” but they were beyond Poroshenko’s promised limit, “Not Months,” and yet they still were actually losing their war. 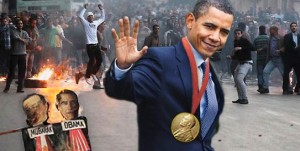 So, [Rothschild’s Black Frontman] Obama lost this war. He quit it. And that’s why Obama lost.

Put simply, he wasn’t able to exterminate enough of the ‘enemy’. His extermination-program ran out of money, long before the people who live there ran out of their will to fight against it.

Of course, the main people who pay the price for this are the ones whose lives Obama’s team snuffed out, and who were crippled by it, and whose homes were destroyed by it. Western taxpayers and beneficiaries of government services won’t suffer nearly that much. And the West’s aristocrats are doing everything they can to weaken Russia’s economy, in order to win the bigger renewed Cold War, which Obama’s coup in Ukraine restarted. The owners of U.S. armaments-firms are especially booming as a result of Obama’s Ukraine-gambit.

In a sense, then (and highly simplified): World War II created American dominance; the Vietnam War wasted American dominance; and the G.W. Bush-Obama wars might turn out to have ended American dominance. It’s especially worth noting, in this context, that whereas WWII was fought against nazis, Obama’s Ukrainian war installed nazis. America thus might have come full-circle with Ukraine, and become what in WWII had been our nemesis.
But Obama, fortunately, isn’t going all-out, like Hitler did. Obama quickly backed off. But then, he started bombing Iraq and Syria. Things aren’t looking good.
Obama, in his actions not his words, continues the George W. Bush tradition.
———-
RINF