Central banks can only do one thing, and that’s provide monetary welfare for the wealthy:

The fact that central banks provide welfare for the wealthy is now entering the mainstream. The fact that all central bank policies since 2008 have dramatically increased wealth and income inequality is now grudgingly being accepted [conceded to] as reality by mainstream economists and the financial media.

The central banks’ PR facade of noble omniscience on behalf of the great unwashed masses has cracked wide open. Even The Wall Street Journal is [now] publishing critiques of Federal Reserve policies that suggest the Fed has no idea how the U.S. economy actually works because their policies have failed to help the bottom 95%. Austrian Economic’s Capitalism vs Keynesian Economic’s Communism

The grudging admission [concession] that central bank policies have enriched the rich while failing to benefit the bottom 95% is a breakthrough–the stone wall of denial has finally been pierced. The mainstream media and the Establishment have resolutely clung to the self-serving fantasy that the Federal Reserve:

2) is boosting a “recovery” that will soon achieve self-sustaining “escape velocity”–that is, the economy will generate its own growth and the Fed can dial back its zero-interest rate policy and all its other unprecedented monetary easing measures.

But like a strung-out junkie that needs ever-stronger injections of smack just to stay alive, the U.S. economy is now totally and completely dependent on central bank heroin to keep from crashing. Rather then wean the economy of central bank largesse, the Fed has made the entire economy dependent on zero interest rates, central bank asset purchases and quantitative easing.

At the mere hint that rates might rise or the Fed might cease buying assets and goosing liquidity, the stock market swoons and every sector that’s dependent on cheap, abundant credit faints dead away.

We now have the charade of Chief Heroin Pusher Janet Yellen claiming the addict is “recovering” while she shoves another needle of monetary smack into the comatose U.S. economy.

The Fed fantasy was that boosting the wealth of the obscenely wealthy would “trickle down” to the bottom 95% via “the wealth effect”–as stocks and bonds rose in value, households would feel wealthier and happily plunge deeper into debt.

Apparently the hordes of PhDs and “professional” economists in the Fed were incapable of observing that 3/4 of all financial wealth is held by the top 5%: the top 1% owns 43% and the next 4% own another 30%. The upper-middle class owns 15% and the bottom 80% own what little is left: “wealth” such household belongings and equity in homes that can no longer be extracted. 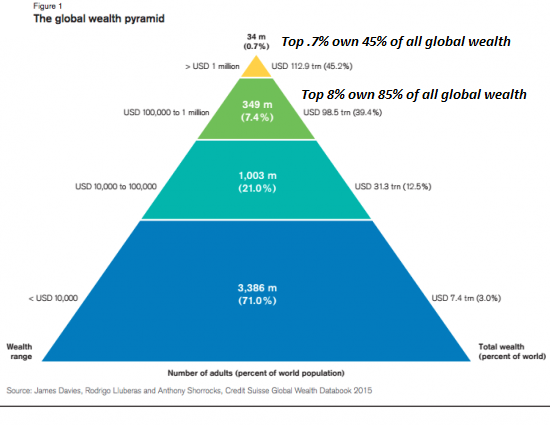 While the spending of the bottom 95% stagnates, spending by the top 5% that have benefited from the Fed’s welfare for the rich has soared.

If you glance at this chart, it’s no longer a mystery why most of the new jobs in the “recovery” are low-paying service-sector jobs waiting on the top 5%: bussing their dishes in fancy bistros, delivering meals to their luxe condos/homes, walking their dogs, etc.

As for “reforming” the central bank or the status quo–real reform is impossible, as I explain in my book Why Our Status Quo Failed and Is Beyond Reform. All “reform” is just PR cover for more of the same.

Central banks can only do one thing, and that’s provide monetary welfare for the wealthy. Now that the central bank has enriched the obscenely wealthy, distorted markets globally and addicted the economy to cheap credit, the servile toadies and lackeys in the mainstream media and the Cargo Cult of economic “professionals” is finally admitting that it was all a fraud, a racket that favored the rich.

Wake up, America. The only way to stop widening wealth and income inequality and kick your smack addiction is to eliminate the pusher. 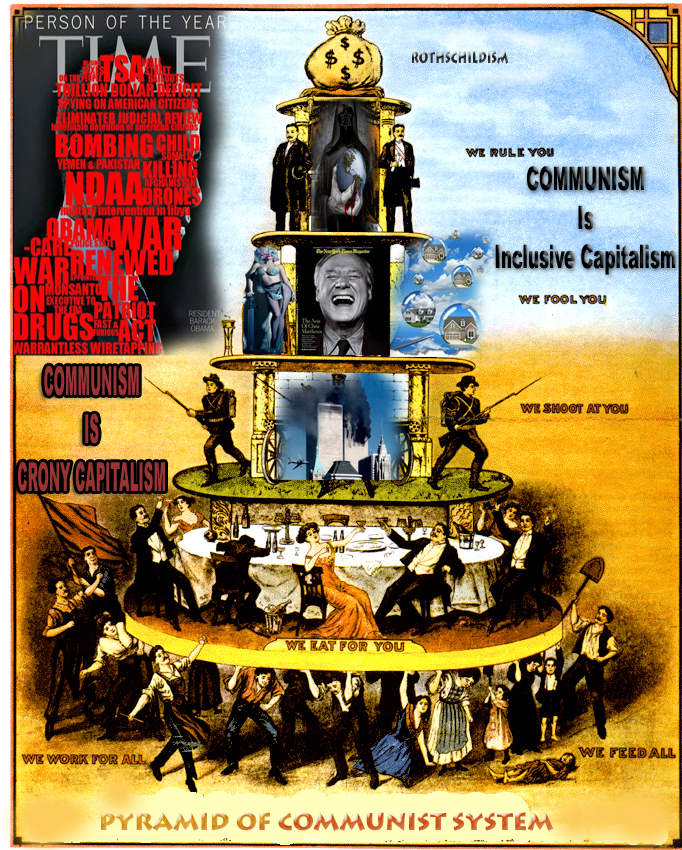