China wants to dethrone the dollar. But of course, it’s not alone. Russia would also love to knock the US off the top of the economic mountain. Putin is also positioning his country to free itself from the dollar-dominated global financial system. Like its neighbor to the east, Russia is using gold to pave the way to economic independence.

Earlier this month, we noted that with all the fixation on “Russian hacking,” most Americans have completely missed the Russia story that really matters. Putin has taken a number of aggressive steps to break away from the hegemony of the US dollar and the dollar payment system that currently dominates global trade.

As part of its quest for economic independence, Russia has been buying gold – and lots of it. At 1,700 tons, Russia’s has the sixth largest gold reserves in the world. Russian gold makes up about 17% of the nation’s wealth. In 2016 alone, the Russian central bank purchased 201 tons of gold, far more than any other central bank in the world. In the second quarter of this year, Russia accounted for 38% of the gold purchased by the world’s central banks. Russia also ranks among the three biggest gold producers in the world.

But as an article in the Irish Times notes, Putin’s gold buying spree is only half the story. As Russia has purchased gold, it has stopped buying foreign currency. When you read “foreign currency,” think US dollars.

The gold rush is allowing the Bank of Russia to continue growing its reserves while abstaining from purchases of foreign currency for more than two years. It’s one of a handful of central banks to keep the faith as global [central bank] demand for the precious metal fell to a two-year low in the second quarter. But what may matter most is that gold is as geopolitics-proof an investment as any in the age of sanctions and a deepening rift with the US.”

Gold is an asset that is independent of any government and, in effect, given what is usually held in reserves, any Western government. This might appeal given Russia has faced financial sanctions.” 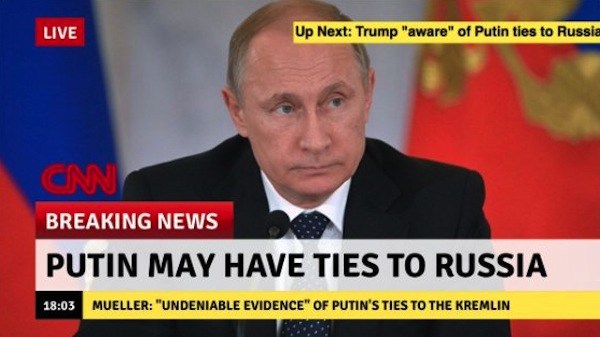 As an article on ZeroHedge noted, Russia and China aren’t the first countries to attempt to free themselves from the dollar-system. Before the US offed him, Libya’s Muammar Gaddafi had developed a high level of financial independence.

Under Gaddafi, Libya’s currency was backed by the country’s large holdings of gold and silver. This had allowed Gaddafi to finance, for example, the entire construction of the Great Man-Made River without going to Western banks for a single loan. Libya was debt free and owned its own resources and infrastructure. Obviously, a very unsatisfactory state of affairs for any third world country to get ideas so far above their station.  Worse, he had a very public plan which he had laid before the Pan African Congress, to create a pan African currency backed by gold and silver to be launched by 2023. It was not too long before Hilary Clinton arrived in a freshly bombed Libya and crowed to CBS, ‘We came, we saw, he died.’ Charming woman. I was only surprised she didn’t say ‘Mission accomplished.’”

Saddam Hussein also had ambitions of freeing himself from the US dollar. It wasn’t long after the Iraqi dictator announced that he would start trading Iraqi oil in euros that George W. Bush decided it was time to take him out.

Of course, the US really can’t take the same approach with Russia and China as it did in Iraq and Libya.

It remains unclear how all of this will evolve, but it seems clear dollar-dominance is threatened. I think analyst Gal Luft hit the nail on the head when he told CNBC that these moves by China and Russia – specifically the development of a yuan-denominated, gold-backed oil contract – won’t necessarily be a game-changer. At least not yet. But it is another indicator of the beginning of the glacial decline of the dollar.

The stable actor in all of this is gold. It is the key to economic independence for countries looking to minimize the risk posed by the US fiat currency and to shake off the influence of foreign governments.

The same is true for individuals.