The US presidential candidate from the Republican [zionist] party Donald Trump claimed that Russia had broken cooperation agreements which had been reached with the US on the Syrian problem.

“Russia broke the deal, and now they’re shooting, they’re bombing, something like that,” he said while speaking in Arizona. He also pointed out that “It should end and it should end fast.”

Namely the US State Department announced Monday about shutdown of bilateral contacts with Russia on Syria. Russia expressed its regret at it.

Before that Trump [FLIP FLOP]  stated that he had no objection to Russia’s acts against terrorists in Syria, it was actively used against him by his adversaries within the presidential race.

A number of tough statements towards Moscow have also been made by Mike Pence [pro zionist patriot act], who is in tow with Donald Trump.

As Pence said about latest events in Syria, ‘the provocations by Russia need to be met with American strength’. [This statement should give serious pause to any American Patriot ~ as it is diametric to international law ~ that being U.S. is illegally inside Syria] [Pence is clearly ignoring The United States Constitution with reckless disregard]

Republican vice presidential candidate claimed in particular that it’s necessary to deploy the US air defence in Poland and the Czech Republic, which has been always opposed by Moscow.

Christian Zionism Is A Monumental Lie And Illegal Racket

‘The Russian warships fired three Caliber missiles at the foreign officers’ coordination operations room in Dar Ezza region, killing 30 Israeli and western officers’. The US military along with its allies created the Field Operations Room in the Aleppo region, which was filled with intelligence services’ staff. Members of the US, British, Israeli, Turkish, Saudi Arabian and Qatari intelligence services operated there.

Michel Chossudovsky, Professor of Economics at the University of Ottawa, Founder and Director of the Centre for Research on Globalization, Montreal, explained that intelligence facility was attacked by Russia in the immediate wake of the US Air Strikes against Syrian forces at Deir ez-Zor in support of the ISIS terrorists.

The operations centre was located in the Western part of Aleppo province at the Sam’an mountain, where there are a lot of old caves.

The region is deep into a chain of mountains. The centre was used to coordinate acts on the ground with the reconnaissance acts of drones as well as to carry out air strikes.

According to the Fars, personnel of the [Israeli U.S.] intelligence services was involved in the US Air Forces’ attack on the Syrian forces [killed 62 Syrian soldiers and Injuring over 100 on September 17, 2016], which was carried out just after armistice agreements had been reached in Geneva [On September 10, 2016].

The 56 men who signed the Declaration of Independence.

Five signers were captured by the British as traitors and tortured before they died.

Twelve had their homes ransacked and burned.

Two lost their sons serving in the Revolutionary Army;

another had two sons captured.

Nine of the 56 fought and died from wounds or hardships of the Revolutionary War.

They signed and they pledged their lives, their fortunes and their sacred honor.

What kind of men were they?

Twenty-four were lawyers and jurists.

but they signed the Declaration of Independence knowing full well that the penalty would be death if they were captured.

Carter Braxton of Virginia, a wealthy planter and trader, saw his ships swept from the seas by the British Navy. He sold his home and properties to pay his debts, and died in rags.

Thomas McKeam was so hounded by the British that he was forced to move his family almost constantly. He served in the Congress without pay, and his family was kept in hiding. His possessions were taken from him and poverty was his reward.

At the battle of Yorktown, Thomas Nelson, Jr., noted that the British General Cornwallis had taken over the Nelson home for his headquarters. He quietly urged General George Washington to open fire. The home was destroyed and Nelson died bankrupt.

Francis Lewis had his home and properties destroyed. The enemy jailed his wife, and she died within a few months.

John Hart was driven from his wife’s bedside as she was dying. Their 13 children fled for their lives. His fields and his gristmill were laid to waste. For more than a year he lived in forests and caves, returning home to find his wife dead and his children vanished.

So, take a few minutes and silently thank these patriots.

It’s not much to ask for the price they paid.

The Russian Navy has been actively exploiting strategic space of the Eastern and Western Mediterranean. After having built-up presence of the Russian warships in the port of Tartus, Syria, the Russians passed to operations in close vicinity to the coasts of France and Italy. According to the Western media, a Russian submarine appeared close to waters of the French naval port Toulon.

Algeria allowed the Russian vessels (including submarines, according to confidential sources) to use its base Mers el-Kébir as a stronghold.

The Chinese fleet, Russia’s ally on the Far Eastern sea stage, also deployed its contingent in the Eastern part of the Mediterranean.

Chinese Navy sets off for Syria

France tried to provide some response, sending its Dupuy de Lome reconnaissance ship at the order of the Defence Minister Le Drian to the coast of Abkhazia in the Black Sea. 100m-long ship is designed to carry out radar intelligence in the interests of France and the NATO. Richard Labévière, Chief Editor of the Geostrategic Observatory, former chief editor of the Radio France internationale, graduate of the Military Academy, told Pravda.Ru about prospects of fleets’ opposition in the Mediterranean and the Syrian events.

You stated in your latest article that the Mediterranean, at least its eastern part, turns into a Russia-China zone. How would you comment on it?

Since March 2011, i.e. beginning of the operation in Syria , the westerners have chosen a following scenario: they’ve decided to destroy Syria, as they did it with Iraq. The US authorities wanted to turn Asia into a region subject to the US, which presupposes obligatory dismemberment of Syria. The case is about a stake, which was placed on the Salafist and Jihadist movements under the aegis of the NATO. The US itself, its European partners, Israel, countries of the Persian Gulf, starting from Saudi Arabia, have participated in this operation.

But Syria withstood, although the war was waged in Libya first, and oversea mercenaries from the Middle East, Caucasus, Chechnya, out of the Uyghurs and the French, from the Maghreb Algeria, Morocco, Tunisia started arriving. That is in 2012-2013 all of this [Israeli U.S. proxy] Jihadist army started penetrating the Syrian borders in order to annihilate it, t0 dethrone Bashar al-Assad. But Syria managed to cope with it.

Thus, the situation degenerated into a regional civil war. There was an alternative to split Syria into small emirates, populated with Shia, Sunni, various belligerent elements and so on.

Genocide Iraq ~ 17,073 Muslim Sunnis Have Been Murdered By Muslim Brotherhood’s ISIS In 2014

Russia in its turn for the sake of its partnership decided to defend national unity of Syria. A year ago, President Putin speaking at the UN Assembly called on everything to create a single front against the ISIS, but the Americans wished to stake on another plan – collapse and annihilation of Syria.

It led to the current situation. Russia managed to insist and Assad withstood. Then Russia tried to consolidate its naval stance on the base in Tartus, where yet another port for the Chinese will be established in October 2016.

As it turns out, not only the Russian fleet operates in the Black Sea, but also the Chinese one across the Suez Canal has entered the Mediterranean and is building a base next to Tartus.

So, the Mediterranean is no more a western sea. At least its western part is not under total control of the US, British, French fleets due to the Suez Canal, as well as the Gibraltar, because now the Russian and Chinese partners got involved. And that affair is of the US and Britain which led to current state of affairs, and to the deterioration of the M.E.

The Mediterranean is in the centre of a huge, multifaceted geostrategic game around Syria. That is, the Mediterranean is the epicentre of the crisis, the eye of a cyclone. And it turns out that Russians who govern the Syrian Crisis also cope with their own crisis at the Ukrainian border, in Donbass, in the Baltics. Everything is interconnected though. Governance of the Syrian crisis concerns much more extensive geostrategic context. 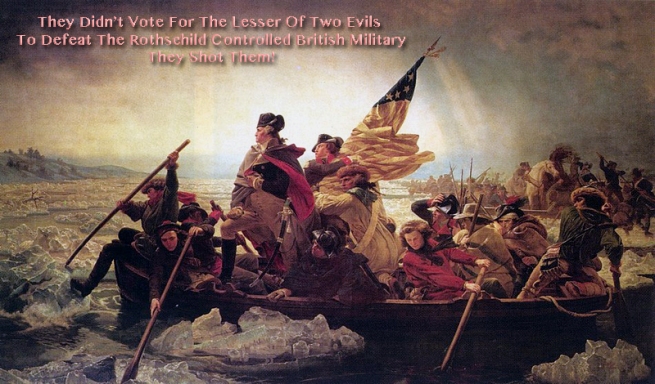 German Die Welt claimed that due to Syria, Russia turned back its status of a global superpower. Do you agree with this stance?

On 3 September 2013 Washington and Paris decided to start bombing Syria. Unexpectedly, missiles were launched from one of the NATO’s bases in Italy, which were intercepted by a Russian radar and downed by the Russian destroyer. The missiles belonged to anti-aircraft warfare – missiles against missiles. They were launched to check and uncover radar defence of the Syrian territory. According to data of the military intelligence, the aim was to detect radars in the territory of Syria. And the Russian navy managed to intercept those missiles.

The Syrian bases were not uncovered, at the same time the Russians prove their power, having put up the shield. 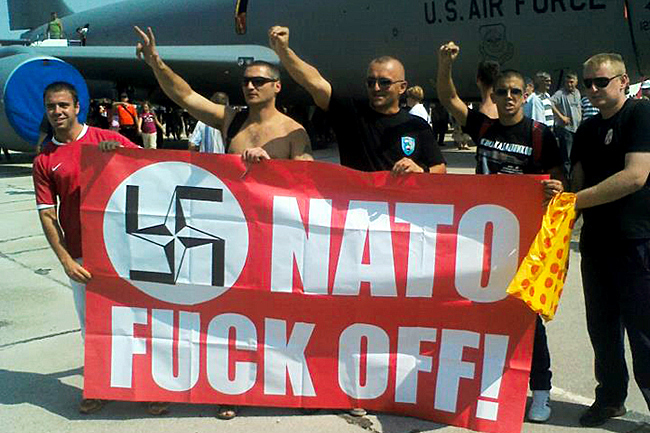 So, due to this crisis, the Russian General Staff made use of the situation in order to explain that they’re aware of the plans, of the French, US General Staffs in particular – to attack the Syrian territory. That is, Russia warned the westerners, showing that it will oppose NATO at this front and won’t allow it to carry out the seizure.

And it seems that after this exchange of polite courtesy between the US and Russian General Staffs, diplomatic agreements were worked out. So, that crisis of downed missiles led to the start and search of a settlement at the time and allowed to escape new escalation and a big war with a wide front from the side of NATO against Syria.

This Russian opposition has restored balance against the US monopoly at sea and in the air for the first time ever.

The Syrian crisis allowed to balance and explain to the Americans the terms of force that every day is not Sunday and that alike, may happen in Ukraine as well.

It was discussed at the NATO summit in Warsaw.

NATO felt offended and concluded as a result that it’s necessary to deploy bases along the Russian border. 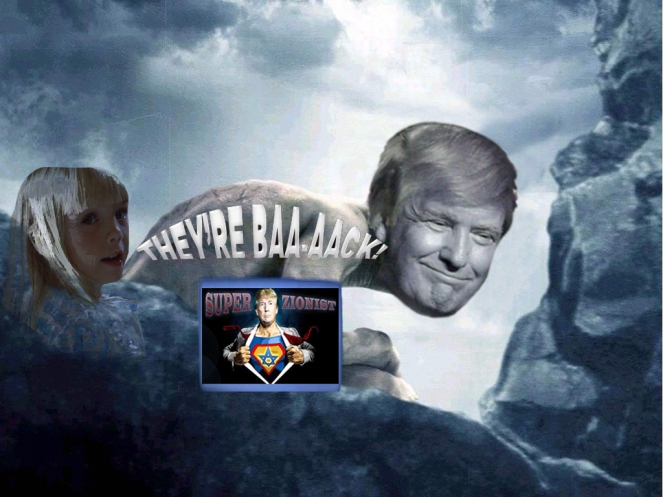