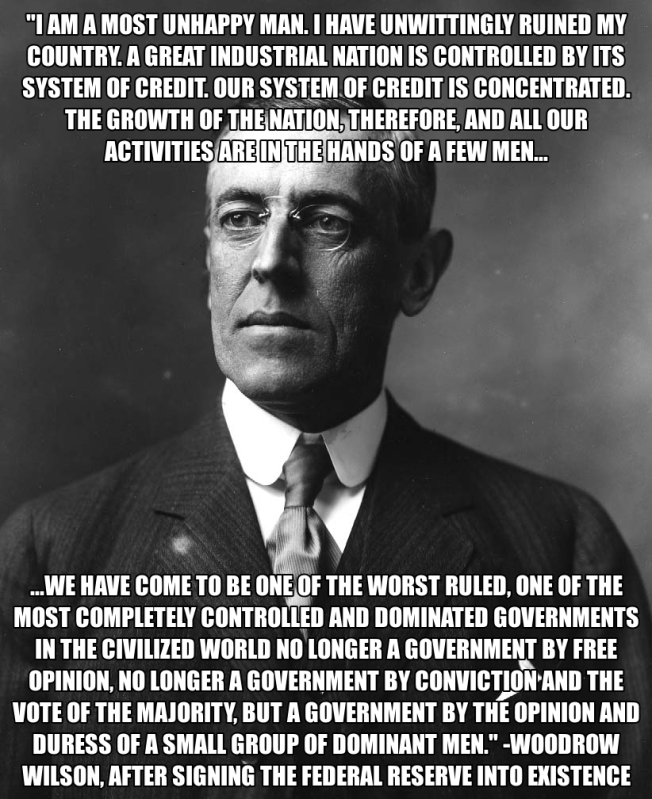 Woodrow Wilson Born Of A British Mother. Ask Him To Smile Once And You’ll See Those Famous British Gnarly Teeth

When the May jobs report came out with 2.5 million jobs added a drop in unemployment to 13.3%, I told several friends the numbers seemed implausible.

The Department of Labor’s Bureau of Labor Statistics survey takers mistakenly misclassified about 4.9 million people as employed, although they were unemployed.

Shockingly – and by shockingly I mean as you would expect – this little oops was not widely reported. But it actually was mentioned at the very end of a 1,000 word AP story. According to the report, “Had the mistake been corrected, the unemployment rate would have risen to 16.1 percent in May, while the corrected April figure would have been 19.5%, rather than 14.7%.”

But the Department of Labor doesn’t fix mistakes in its job reports “for fear that will look like political manipulation.”

Mike Wolford, Director of Customer Success at Claro Workforce Analytics, said in a Forbes interview that this creates “a problem of credibility” for the BLS.

[BLS] looks incompetent or political. Twenty million people didn’t finish unemployment in the last 30 days. I would have thought lag time was an explanation because it’s a lot to count actually, but to find out they made a five-million-person error, knew about it, didn’t correct it for the sake of ‘data integrity’ when they literally update things all the time. That is suspicious and, at least, merits investigation.”

Heidi Shierholz serves as the Director of Policy at the Economic Policy Institute and was formerly chief economist at the US Department of Labor. She said in a series of tweets that the unemployment rate is understated even if you factor the Labor Department’s oops.

If all the 32.5 million workers who are out of work as a result of the virus had shown up as unemployed, the unemployment rate would have been 19.7% in May instead of 13.3%.”

She noted that roughly a fifth of the people out of work due to the coronavirus shutdowns have been classified as out of the labor force instead of unemployed.

This is because jobless people are only counted as unemployed if they are actively seeking work, which remains impossible for many.”

Meanwhile, many people still working have seen a cut in hours. According to Shierholz, the number of workers who want full-time hours but are working part-time more than tripled, from 2.7 million in Feb to 9.4 million in May.

The Forbes article also pointed out that the federal stimulus passed by Congress includes loans to companies that are forgivable as long as they retain staff for a specified period of time.

There’s reason to believe that a good portion of these workers may be let go once they meet that time threshold in October.”

Peter Schiff made a similar point in a podcast.

You don’t have to keep these people on the books permanently in order not to repay the loan. You just have to get them back on the books long enough to get the loan forgiven. And remember, there’s a lot of other companies, like the airlines, for example, who got a lot of bailout money upfront on the condition that they didn’t lay people off. Well, there’s a date where now they can start laying people off. So, I think we have a lot of artificial incentives or interference in the market.”

According to analysis by Becker Friedman Institute reported by Forbes, an estimated 42% of people furloughed will never get their old jobs back and only 30% of those laid off will land new jobs later this year.

Despite President Trump crooning and financial network pundits swooning, it’s pretty clear that the employment situation is far worse than we’re being told. Whether it’s intentional misinformation or mere incompetence isn’t really relevant. Regardless, you should keep this in mind as you consider the direction of the US economy moving forward. The mythical “v-shaped” recovery may be far more mythical than you’re being led to believe.