Laziness leads to sloppiness, and sloppiness is how the most brazen heist in American history is being exposed.

Stealing the 2020 election was a mammoth undertaking, involving widespread lawlessness and illicit partnerships between private actors and public officials. They’ve been working to cover their tracks since Election Day, but they didn’t work fast enough. Now, the courts need to stop them from destroying any more evidence so that the people of Pennsylvania—and the rest of the country—can accurately assess the ramifications of their wrongdoing.

Explosive new litigation filed in federal district court on Nov. 21 details and documents a wide variety of illegal practices that were used to inflate the number of votes received by Democrat presidential candidate Joe Biden, including disparate treatment of voters based on where they live and outright manipulation of Pennsylvania’s voter registration system by partisan activists.

An unprecedented number of mail-in and absentee ballots were cast this year, and practically everyone expected that this would result in a higher-than-usual rate of ballots being rejected for various flaws, such as lacking a secrecy envelope or missing information. In Pennsylvania, tens or hundreds of thousands of ballots were likely to be rejected, based on historical patterns. Instead, a mere 0.03 percent of mail-in ballots were ultimately rejected—somewhere in the neighborhood of about 1,000 votes.

Considering that a significant majority of mail-in votes were cast for Biden, the Democrat candidate benefited handsomely from this discrepancy. But how did this anomaly happen?

It turns out that election officials in Democrat strongholds such as Allegheny County (Pittsburgh), Philadelphia County, and Philadelphia’s collar counties—particularly Delaware County—exceeded their authority in order to give voters preferential treatment that wasn’t afforded to voters in Republican-leaning areas of the state.

Specifically, election workers illegally “pre-canvassed” mail-in ballots to determine whether they were missing a secrecy envelope or failed to include necessary information. When ballots were found to be flawed, voters were given an opportunity to correct, or “cure,” their ballots to make sure they counted. In at least some cases, Democrat Party officials were even given lists of voters to contact about curing their ballots.

Election officials in Republican-leaning counties rightly interpreted this as a violation of Pennsylvania’s election code, but Democrat Secretary of State Kathy Boockvar issued guidance authorizing the illegal practices despite lacking the statutory authority to do so.

That’s not the only way Democrats broke the law to give their candidate an unfair advantage, though. Extensive on-the-ground investigations conducted over the past year and a half by attorneys and investigators with the Amistad Project of the nonpartisan Thomas More Society have uncovered another element of the plot that involved even more egregious behavior.

Boockvar also exceeded her authority by granting private, partisan organizations—including the notoriously pro-Democrat group “Rock the Vote”—access to the Commonwealth’s Statewide Uniform Registry of Electors (SURE).

“Rock the Vote’s web tool was connected to our system, making the process of registering voters through their online programs, and those of their partners, seamless for voters across Pennsylvania,” the lawsuit quotes Boockvar as saying.

That’s not supposed to happen. It’s one thing for outside groups to submit registration applications to the state on behalf of would-be voters, but election clerks are the only ones who are supposed to enter this sort of information directly into the records.

It’s easy to see why by inspecting post-election voter lists, which contain names such as “Mary April Smith,” followed by “Mary May Smith,” “Mary June Smith,” “Mary July Smith,” and so forth through the rest of the calendar. When the same voter lists were purchased just a week later, however, those suspicious names had mysteriously disappeared from the rolls.

Under the circumstances, that’s direct evidence of a systematic effort to conceal wrongdoing. All further alterations to the SURE system should be immediately halted to allow a thorough investigation of the records before any more evidence can be destroyed.

The thieves who attempted to hijack the 2020 presidential election were bound to slip up somewhere, and now they’re trying to clean up the glaring evidence of their wrongdoing before the full extent of their crimes can be exposed to the American public. We can’t allow that to happen, or we may never be able to trust the integrity of our elections again. 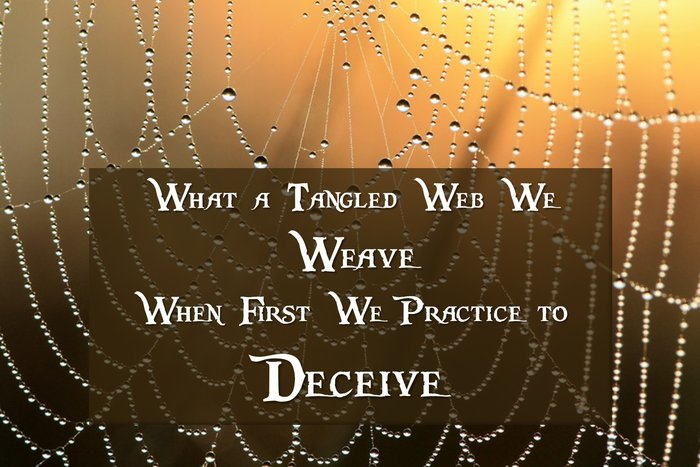 3 thoughts on “Oh What A Tangled Web They Weave”