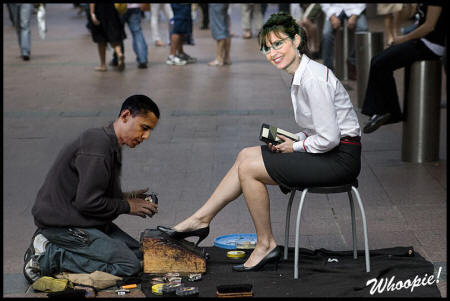 A U.S. Supreme Court ruling today that loosened restrictions on corporate campaign spending and had President Barack Obama fuming in the other Washington has strong ties to this Washington.

In fact, the legal case’s connections get even far more local than that – leading to a home in University Place, where conservative political consultant and columnist Floyd G. Brown hailed the high court’s decision as a “huge, huge victory for free speech.”

Brown, a Washington native, founded the Washington D.C.-based conservative nonprofit, Citizens United, in 1988 and served as its president until 2000.

He also worked with the group in 2007 while it produced, “Hillary: The Movie,” an unflattering portrait of then-Sen. Hillary Rodham Clinton that was timed to appear during her presidential campaign. The film ultimately led to the legal case, Citizens United v. Federal Elections Commission, that prompted Thursday’s 5-4 court ruling.

The decision, which declared limits on so-called independent expenditures by corporations violate First Amendment free-speech rights, essentially means more money can be spent on federal elections, including this year’s midterm congressional elections. It will free corporations and unions to spend from their own treasuries on ads and other advocacy efforts.

“This gives corporations the same rights that individuals have,” Brown told me during a telephone call this afternoon.

“I know there’s a lot of people, especially political insiders, who want to control free speech, because it frightens them,” he said. “They want to protect their turf and incumbency. But I think this is going to enhance politics by getting more people involved.