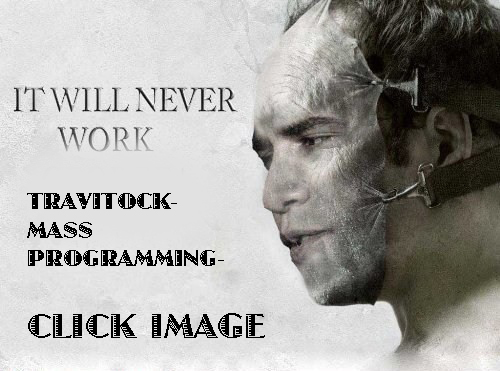 How many people are aware that Senator Obama has ties to Factcheck.org, the “non-partisan” political “fact checking” site, vis-a-vis the Annenberg Foundation? Or that the controversies surrounding Obama, such as his ties to Bill Ayers, a former member of the violent Vietnam War era Weather Underground terrorist group, and the veracity of Obama’s “birth certificate” are both linked to Factcheck and Annenberg. There’s also news about the ongoing federal lawsuit involving Obama’s birth certificate: how a U.S District Judge has thrown out Obama’s attorney’s Motion to Dismiss and ordered them to “pony up” the certificate “post haste”.

FactCheck.org – Annenberg Political Fact CheckMonitors the factual accuracy of what is said by major US political players in the form of TV ads, debates, speeches, interviews, and news releases.

The Annenberg Foundation is at the center of the ongoing Obama-Bill Ayers controversy. Ayers was a former member of the homegrown terrorist group, the Weather Underground, which took credit for bombing the Pentagon, the Capital Building, and the New York City Metro Police Department plus 30+ other bombings during the Vietman War era.

The Weathermen, a small band of extreme leftists who got their name from lines in a Bob Dylan song – â€œYou donâ€™t need a weatherman to know which way the wind blowsâ€ – conducted a bombing campaign against targets such as police headquarters, prisons and courthouses for three years to â€œbring the [Viet-nam] war homeâ€.

Two police officers were killed in 1981, when members of the Weathermen and Black Liberation Army stole $1m from an armoured car. It was their last action.
–Times Online

Charges against Ayers were dropped after the FBI was accused of using illegal wiretaps. Ayers wrote in his 2001 “memoir”, Fugitive Days, that he regretted that his group “didn’t do enough” back then in regards to the almost 30 plus bombings his group took credit for. Ayers later became a professor in Chicago and the founder of the Chicago Annenberg Challenge, an offshoot of the Annenberg Foundation.

From Library Journal
“Memory is a motherfucker,” writes Ayers (A Kind and Just Parent). In the 1970s, he was a head of the radical Weathermen and one of America’s Ten Most Wanted, along with his wife, Bernardine Dohrn, but he is now a distinguished professor of education at the University of Illinois in Chicago. His memoir is a breath of fresh air in this self-absorbed age. Ayers discusses his reservations about the use of violence to achieve an end to violence (reservations he held then as well), but he is unrepentant in believing that America was the aggressor against North Vietnam and that right-minded people have an obligation to resist unjust wars. The book is uneven in tone, alternating fluffy passages about the passage of time with straightforward narration of Ayers’s more than ten years on the lam. The sentiments expressed in the book still seem noble, however, regardless of one’s opinions of the means used by Ayers’s comrades. There are many lessons still to be learned from such narratives. Recommended. David Keymer, California State Univ., Stanislaus

Stanley Kurtz of the National Review has been closely following Obama’s ties to Ayers as well as his association to ACORN .

While both the AP and the New York Times are reporting that there is no “truth” to the claims that Obama had “ties” to Ayers, Kurtz has uncovered a long standing association between the two men, one that leads straight to the Annenberg Foundation:

Ayers was a “key founder” of the Chicago Annenberg Challenge.

Ayers co-chaired the Chicago Annenberg “Collaborative”, which set education policy for the “Challenge”.

Obama was “authorized to delegate to the Collaborative the development of collaborative projects and programs”.

Obama had to “obtain assistance of the Collaborative in the development of requests for proposals.”

Obama had to “seek advice from the Collaborative regarding the programmatic aspects of grant proposals.â€

Ayers sat on the same board as Obama as an “ex officio member”.

Obama and Ayers sat together on the boardâ€™s Governance Committee.

Ayers and Obama were “part of a group of four instructed to draft the bylaws that would govern CAC”.

As Board Chair, Obama authorized the funding for Ayers educational projects, as well as projects of Ayers’ “radical” friends.

Kurtz also points out Obama’s tenure as Board Chair of the Chicago Annenberg Challenge in regards to the one and only “executive experience” of Obama which was rated as a bust:

“The Chicago Annenberg Challenge stands as Barack Obamaâ€™s most important executive experience to date. By its own account, CAC was a largely a failure. And a series of critical evaluations point to reasons for that failure, including a poor strategy, to which the foundation over-committed in 1995, and over-reliance on community organizers with insufficient education expertise. The failure of CAC thus raises entirely legitimate questions, both about Obamaâ€™s competence, his alliances with radical community organizers, and about Ayersâ€™s continuing influence over CAC and its board, headed by Obama. Above all, by continuing to fund Ayersâ€™s personal projects, and those of his political-educational allies, Obama was lending moral and material support to Ayersâ€™s profoundly radical efforts. Ayersâ€™s terrorist history aside, that makes the Ayers-Obama relationship a perfectly legitimate issue in this campaign.”

Factcheck.org is part and parcel of the Annenberg Foundation. Factcheck was also chosen by the Obama campaign as the arbitrar of whether Obama’s birth certificate, which purportedly proves he’s a citizen of the United States, is authentic.

We were mostly uninterested in the birth certificate controversy until a recent court case in Philadelphia caught our attention.

On August 24, a prominent Democrat and attorney in Pennslyvania, Philip J. Berg, filed a lawsuit in U.S. District Court against Obama and the DNC. Berg’s suit claimed that Obama is not a natural born citizen of the United States is therefore uneligible to run for President. On September 24, rather than show up with a copy of Obama’s birth certificate, attorneys for Obama and the DNC filed amotion to dismiss.

On September 29, Judge Barclay Surrick denied the motion to dismiss and ordered three separate items to be delivered to the judge in three days:

60. Plaintiff has asked for a simple resolution. Plaintiff has asked that Obama supply a genuine certified copy of his original long version â€œvaultâ€ Birth Certificate, A Certification of Citizenship and a certified copy of his Oath of Allegiance. If in fact Obama can prove his â€œnatural bornâ€ citizenship status, which he cannot, then he has not been prejudiced in anyway, but instead Plaintiff has been protected and his civil rights secured. However, if Obama is unable to supply said documentation, then he needs to withdraw his candidacy, again which will eliminate Plaintiffâ€™s deprivations and instill Plaintiffâ€™s constitutionally protected safeguards and rights.
We found it interesting that the Obama campaign saw fit to “release” Obama’s birth certificate to FactCheck.org but not to the U.S. District Judge supervising the Berg lawsuit against Obama.

Factcheck.org “verified” the Obama birth certificate yet intrepid bloggers Atlas Shrugs as well as Yid With A Lid have found several inconsistencies which call into question whether the certificate is “authentic”.

If the Obama birth certificate is on the “up and up” then releasing it to a Federal Judge should be a “priority” of the Obama campaign instead of filing “motions to dismiss”. After all, the rest of us ordinary Average Joe’s have to fork over a copy of our birth certificates every now and then to prove we’re citizens in order to get a something as mundane as a driver’s license. We imagine most citizens would comply with a judge’s order to supply a copy of our birth certificate without too much fuss. Obama, an attorney himself, must surely realize the consequences of disobeying a judge’s order.

DBKP is keeping a close eye on the Berg case in Philadelphia. The judge ordered on September 29 for the three documents to be presented by Obama within 3 days. Rumors have circulated across the web that the judge “dismissed” the case. Those rumors are untrue. The Obama camp has yet to supply the documents to the judge.

Blogger Steve Diamond of the blog, Global Labor, has more info on the connections between Obama and Ayers:

* The connection between Obama and Ayers’ wife, Bernadette Dohrn, another ex-Weather Underground grad.

* A longtime radical friend of Ayers who blogs for Obama

As far as Obama’s past association with Ayers, Obama claims that Ayers was “one of thousands” of people he knew. We’re not sure how many boards Obama has sat on as Chairman and President but one would think he’d remember the “founder” who was once a famous member of a notorious far left terrorist group that bombed the Pentagon and the Capital Building. In fact, in 2001, Bill Ayers was written about in the New York Times, when Obama was still Chair of the Chicago Annenberg Challenge. The article in the Times was published the same day that hijackers boarded four planes and ended up murdering over 3,000 innocent citizens. Bill Ayers was pictured standing on the American flag. The timing was a coincidence, the subject, Ayers’ memoir, Fugitive Days:

”I don’t regret setting bombs,” Bill Ayers said. ”I feel we didn’t do enough.” Mr. Ayers, who spent the 1970′s as a fugitive in the Weather Underground, was sitting in the kitchen of his big turn-of-the-19th-century stone house in the Hyde Park district of Chicago. The long curly locks in his Wanted poster are shorn, though he wears earrings. He still has tattooed on his neck the rainbow-and-lightning Weathermen logo that appeared on letters taking responsibility for bombings. And he still has the ebullient, ingratiating manner, the apparently intense interest in other people, that made him a charismatic figure in the radical student movement.

According to the Obama campaign, he and Ayers had a “tangential” relationship which seems to revolve around the Annenberg Foundation. In 2001, Obama and Ayers were still members of the Chicago Annenberg Foundation, Obama was Chairman while Ayers was touting his memoir, Fugitive Days, about his days spent “bombing” in the name of “change”. 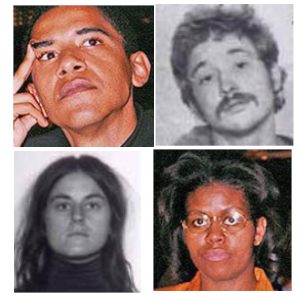