Citizens for guns on campuses scored a significant victory when the Colorado Court of Appeals ruled in favor of students seeking the right to carry concealed weapons on campus.

The appeals court reversed an earlier ruling by El Paso County District Judge David Miller who dismissed a lawsuit filed in 2008 by Students for Concealed Carry on Campus, seeking to overturn the University of Colorado’s gun ban, according to Denver Daily News.

On April 16, 2007, Vermont student Seung-Hui Cho killed 32 people in the worst school shooting spree in U.S. history, and today the university planned to cancel classes to commemorate those who died. Had more students been armed, citizens could have more readily protected themselves instead of waiting as sheep for the slaughter.

Attorney Jim Manley, who is representing Students for Concealed Carry on Campus in its lawsuit, called the ruling a “victory.” “This decision is a victory for individual freedom and a victory for the rule of law,” he said in a statement. “The court vindicated the right to licensed concealed carry on campus and the Constitutional protection for the right to keep and bear arms.” 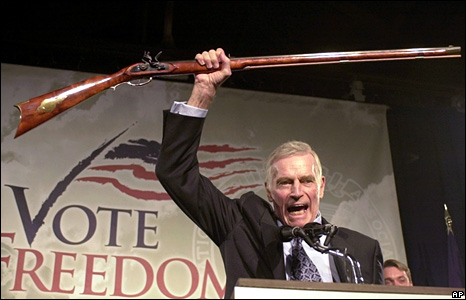 Rocky Mountain Gun Owners yesterday filed a lawsuit against CSU also seeking to overturn the Board of Governor’s decision to ban concealed carry on campus. Officials with the state’s largest gun rights organization said yesterday was a good one for the movement.

“This is a good day for gun owners, and for the safety of students, faculty and citizens who frequent college campuses,” said Dudley Brown, executive director of Rocky Mountain Gun Owners. “CSU’s ban only had one legitimate leg to stand on, and now even that’s gone.”

The two lawsuits are similar. Both argue that the gun bans violate concealed carry law in Colorado, which states that no local government may limit state law when it comes to concealed carry.

Former Congressman Tom Tancredo, a Republican, is working on a proposed 2010 ballot measure that would ask Colorado voters to recommend to state leaders that they oppose all forms of gun restriction.