Yes, in 1917 Rothschild financed Vladimir Lenin to over throw the Russian King to establish a way to centralize (funnel) money into Rothschild’s coffers in London. This scheme was labeled ‘communism’ or if you want a prettier name you can call it ‘socialism’.

Socialism [Parent of communism, marxism, nationalism, etc.] was being worked out in China beginning in 1913 with Sun Yat Sen, we’ll get to him later. Another Vladimir – Vladimir Putin, got out from under Rothschild’s subjugation by paying off USSR’s debt in 2006. Putin’s Purge Of The Rothschild Money Changers – Forums of Pravda.Ru

People Of Russia didn’t like centralizing their hard earned cash to the Banking Cabalists. So someone blew the rear end out of a Lenin statue.

“The best way to destroy the Capitalist System was to debauch the currency. By a continuing process of inflation, governments can confiscate, secretly and unobserved, an important part of the wealth of their citizens.”

“Lenin was certainly right,” John Maynard Keynes continued in his 1919 classic, “The Economic Consequences of the Peace.”

“There is no subtler, no surer means of overturning the existing basis of society than to debauch the currency. The process engages all the hidden forces of economic law on the side of destruction, and does it in a manner which not one man in a million is able to diagnose.”

Keynes warned that terrible hatreds would be unleashed against “profiteers” who enriched themselves through inflation as the middle class was wiped out. And he pointed with alarm to Germany, where the mark had lost most of its international value.

By November 1923, the German currency was worthless, hauled about in wheelbarrows to buy groceries. The middle class had been destroyed. German housewives were prostituting themselves to feed their families. That same month, Adolf Hitler attempted his Munich Beer Hall Putsch.

Today a coterie of economists is prodding Federal Reserve Chairman Ben Bernanke to induce inflation into the American economy.

Fearing falling prices, professor Kenneth Rogoff, former chief economist for the International Monetary Fund, is pushing for an inflation rate of 5 to 6 percent while conceding that his proposal is rife with peril and “we could end up with 200 percent inflation.”

Paul Krugman, Nobel Prize winner and columnist for The New York Times, is pushing Bernanke in the same direction.

Bernanke, writes Krugman, should take the advice he gave Japan in 2000, when he urged the Bank of Japan to stimulate the economy with “an announcement that the bank was seeking moderate inflation, ‘setting a target in the 3-4 percent range for inflation, to be maintained for a number of years.'”

And who inspired Bernanke to urge Tokyo to inflate? Krugman modestly credits himself.

“Was Mr. Bernanke on the right track? I think so — as well I should, since his paper was partly based on my own earlier work.”

But Krugman is not optimistic about Bernanke’s injecting the U.S. economy with a sufficient dose of inflation.

RICK PERRY IS ANOTHER BARACK OBAMA TRAINED BY THE BILDERBERGERS.

Krugman believes Bernanke has been intimidated by Perry’s populist threat in Iowa after his first day of campaigning:

“If this guy (Bernanke) prints more money between now and the election, I don’t know what y’all would do to him in Iowa, but we would treat him pretty ugly down in Texas. Printing more money to play politics at this particular time in American history is almost treasonous.”

Perry was indulging in Texas hyperbole, and the press came down hard on him for language unbefitting a presidential candidate.

Yet Perry has raised a legitimate series of questions.

What should be done to high officials of the U.S. government who consciously set out to dilute and destroy the savings and income of working Americans? What should be done to those who have sworn an oath to defend the Constitution and then steal the wealth of citizens by secretly manipulating the value of the currency, the store of wealth upon which those people depend?

Is inducing inflation — debauching the currency, the systematic and secret theft of the savings of citizens — a legitimate policy option for the Federal Reserve? Has Congress authorized official thievery?

Krugman Co-Constructs The Modus Operandi [Keynesian Economics] For Society To Be Ruled Under ==> Monarchy Serfdom – aka – Dictatorship – aka – Communism – aka – Socialism.

Who do these economists think they are?

Inflation rewards debt — and erodes savings. It is legalized counterfeiting, the deliberate creation of money with nothing to back it up.

If a citizen printed dollars bills, he would be tracked by the Secret Service, prosecuted and imprisoned. Why, then, is the Fed’s clandestine printing of money with nothing to back it up a legitimate exercise and, according to Krugman & Co., a desirable policy for Bernanke and the Fed?

Schooled economists such as Rogoff, Krugman and Bernanke know how to shelter their wealth from the ravages of inflation — and even to get rich. But what about widows whose husbands leave a nest egg of savings in cash and bonds? What are they supposed to do as the value of their savings is wiped out at 4, 5 or 6 percent a year — or whatever annual rate of ruin the Rogoffs and the Krugmans decide upon?

This is not only an economic issue but a moral issue.

To inflate a currency is to steal the money citizens have earned and saved and entrusted their government to protect. Any government that betrays that trust and steals that wealth is not only unworthy of support. It is worthy of being overthrown.

On this one, as Keynes said, Lenin was right.

Perry and Ron Paul deserve the nation’s gratitude for putting this issue of the unfettered power and the amorality of our unelected Federal Reserve on the political docket. 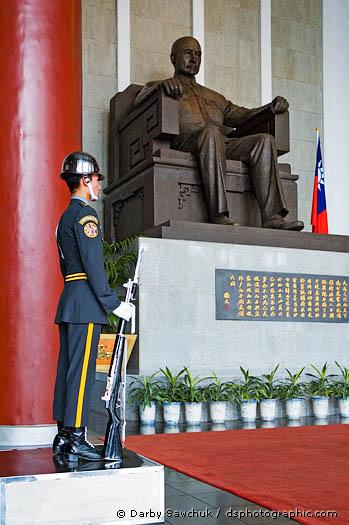 In 1913 Sun Yat Sen was beginning Socialism In China Which culminated into its ugly brother Communism Under Mao Tse Tung.

Did you know that Sun Yat Sen was ushered out of China With A Price On His Head And Into Hawaii before returning back to China in 1913?

Thats right, he hid out in Hawaii after his first attempted coup in China and received a Certificate Of Live Birth aka; COLB from Hawaii. This was Sun Yat Sen’s perfect cover, even though being born in China, he now had a COLB showing he was born in the USA.

Do you suppose that Barry Soetoro aka; Barrack Obama used the same method?

← Obama Promoting Treason Using Criminal Banks
Janet Napolitano Leaves Vermont Without Any Of Their National Guard Choppers To Assist Their Citizens With Hurricane Irene. Tarball Obama Sent Them All To Iraq, Where Obama Promised To Have Been Out Of By 2009. →