The lawsuit, filed on December 15, 2011, in the 8th Judicial District of Nevada, follows an extensive investigation into LPS’ default servicing of residential mortgages in Nevada, specifically loans in foreclosure. The lawsuit includes allegations of widespread document execution fraud, deceptive statements made by LPS about efforts to correct document fraud, improper control over foreclosure attorneys and the foreclosure process, misrepresentations about LPS’ fees and services, and evidence of an overall press for speed and volume that prevented the necessary and proper focus on accuracy and integrity in the foreclosure process.

“The robo-signing crisis in Nevada has been fueled by two main problems: chaos and speed,” said Attorney General Masto. “We will protect the integrity of the foreclosure process. This lawsuit is the next, logical step in holding the key players in the foreclosure fraud crisis accountable.”

The lawsuit alleges that LPS:

1) Engaged in a pattern and practice of falsifying, forging and/or fraudulently executing foreclosure related documents, resulting in countless foreclosures that were predicated upon deficient documentation;

2) Required employees to execute and/or notarize up to 4,000 foreclosure related documents every day;

3) Fraudulently notarized documents without ensuring that the notary did so in the presence of the person signing the document;

4) Implemented a widespread scheme to forge signatures on key documents, to ensure that volume and speed quotas were met;

5) Concealed the scope and severity of the document execution fraud by misrepresenting that the problems were limited to clerical errors;

6) Improperly directed and/or controlled the work of foreclosure attorneys by imposing inappropriate and arbitrary deadlines that forced attorneys to churn through foreclosures at a rate that sacrificed accuracy for speed;

7) Improperly obstructed communication between foreclosure attorneys and their clients; and

8. Demanded a kickback/referral fee from foreclosure firms for each case referred to the firm by LPS and allowed this fee to be misrepresented as “attorney’s fees” on invoices passed on to Nevada consumers and/or submitted to Nevada courts.

LPS’ misconduct was confirmed through testimony of former employees, interviews of servicers and other industry players, and extensive review of more than 1 million pages of relevant documents. Former employees and industry players describe LPS as an assembly-line sweatshop, churning out documents and foreclosures as fast as new
requests came in and punishing network attorneys who failed to keep up the pace. LPS is the nation’s largest provider of default mortgage services, processing more than fifty percent of all foreclosures annually. 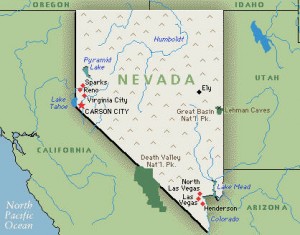 The Office of the Nevada Attorney General recently indicted Gary Trafford and Gerri Sheppard as part of a separate, criminal investigation into the conduct of robo-signing scheme which resulted in the filing of tens of thousands of fraudulent documents with the Clark County Recorder’s Office between 2005 and 2008.

Nevada homeowners who are in foreclosure or are facing foreclosure are advised to seek assistance as soon as possible. Homeowners can find information for a counseling agency approved by the U.S. Department of Housing and Urban Development (HUD) by calling 800-569-4287 or by visiting http://1.usa.gov/NVCounselingAgencies.

Additional information on foreclosure resources can be found at