Bob Bauer is the result of his participation in the release of Barack Obama’s “Certificate of Live Birth,” which he fears would not stand up to the scrutiny of any serious investigation by the FBI, Congress or the media. 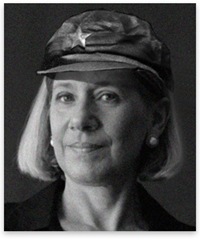 FYI==> Who Is Anita Dunn? Bauer’s wife!! Anita Dunn’s video surfaced about a speech she gave at a May 2009 high school commencement, where she referred to the former communist dictator of China Mao Tse Tung as one of her favorite political philosophers.

Anita was hired by then-Senator Barack Obama in 2006 to direct communications and strategy for his political action committee, The Hopefund. This move signaled to many that Obama was planning to run for the presidency.

While advising Hopefund and Obama in 2006, she was instrumental in the preparations for the launch of Obama for America, and brought many key staffers to the Obama campaign with whom she had worked in Bayh’s and Daschle’s offices. In 2008, Newsweek named Dunn and Bauer the new “power couple” in Washington, D.C. Wikipedia

Chairman Mao was a Chinese Revolutionary, political theorist & Communist Leader who branded his own form of Marxist/Leninist theories now known as Maoism.

He is directly responsible for the deaths an estimated 70 million through his wildly “successful” Great Leap Forward & Cultural Revolution.

He contemptuously suggested that the peasants eat leaves as he exported Chinese food abroad to give the impression that China was bountiful and thriving.  In the context of reports that peasants were being worked to exhaustion, Mao said on November 21, 1958, to his inner circle: “Working like this, with all these projects, half of China may well have to die.”

The author of the best-selling“Where’s the Birth Certificate? The Case That Barack Obama Is Not Eligible To Be President”charged today the resignation of White House counsel Bob Bauer is the result of his participation in the release of Barack Obama’s “Certificate of Live Birth,” which he fears would not stand up to the scrutiny of any serious investigation by the FBI, Congress or the media.

When the announcement about Bauer’s departure was made today,the AP said he was returning to private practice and to “represent Obama as his personal attorney and as general counsel to Obama’s re-election campaign.”

Jerome Corsi’s new book, “Where’s the Birth Certificate?,” is now available for immediate shipping, autographed by the author, only from the WND Superstore.

He’s being replaced by Kathy Ruemmler, who is a former assistant U.S. attorney.

The AP reported Obama praised Bauer, who before his White House post had defended Obama against lawsuits that challenged his eligibility to be president.

But Jerome Corsi, Ph.D., who authored the “Where’s the Birth Certificate?” book that debuted at No. 6 on the New York Times best-sellers list after reaching No. 1 several weeks earlier at Amazon.com, said, “I think Bauer’s resignation marks the beginning of the Obama eligibility cover-up starting to unwind.”

Corsi believes Bauer “felt compelled” to resign because of the growing substance to worries that the eligibility issue will blow up into a full-scale investigation.

“Bauer sent Perkins and Coie attorneys to Honolulu to pick up from the Hawaii Department ofHealthwhat he believed would be two certified copies of Obama’s 1961 long-form, hospital-generated birth certificate,” Corsi said.

“When the White House released to the public the birth certificate in the form of a PDF computer file obviously created on Adobesoftwareand a Xerox copy, Bauer realized the Hawaii DOH had participated in the fraud,” Corsi charged.

He said he had been tipped off early in February that a long-form birth document for Obama had been forged, and that the document was to be released.

“The information came from a mole within the Hawaii DOH who had been examining the vault logbook for months,” Corsi explained. “Until just prior to February 24, no Obama long-formhospital-generated birth record could be found in the Hawaii DOH.”

Corsi, whose book also has ascended to the upper reaches of a long list of other best-seller tabulations, said, “When [Hawaii] Gov. [Neal] Abercrombie could not find the Obama birth records he had been searching for and radio journalist Mike Evans said so in a broadcast repeated over a series of radio stations across the nation, a decision was made within the White House to use a forgery that may have been in the works since as early as 2008.”

Corsi said he believes the scenario developed this way:

Obama and Valerie Jarrett wanted to continue the stonewalling strategy they had used since 2008, relying on the short-form “Certification of Live Birth” and having Hawaii DOH claim that long-form birth certificate copies were no longer available, not even to Obama.

Obama and Jarrett had planned to use the forged birth certificate as an October surprise, just prior to the November 2012 election, if the pressure on Obama’s eligibility remained an obstacle to his reelection.

But this strategy was overruled by WH Chief of Staff Bill Daley. He determined that a birth certificate, if it existed, had to be released now – to prevent the issue from gaining momentum.

“I believe both Daley and Bauer believed until recently that Obama was telling the truth and that the birth certificate was really there in the Hawaii DOH,” Corsi said. “When they realized that the date stamp on the computer file of the Obama birth certificate that was put up on the White House website on April 27 was that morning, Bauer realized the White House was lying to say a scan of the original document was being released.”

Corsi said he’s convinced that now top White House operatives such as Daley and Bauer believe there is no document in the Hawaii Department of Health that can withstand forensic analysis.

He said the legal challenges to a specific document that has been made public could be harder to deflect than a lawsuit generally alleging an ineligibility on Obama’s part.

Corsi also said he believes top operatives in the Democratic Party “have concluded that if Obama does not kill the birther issue soon, he may have to resign – with the likelihood that Hillary Clinton will be elevated into the DNC presidential candidate in 2012.”

Corsi suggested Republicans also are staying away from the “birther” issue because they have reached the same conclusion – and the RNC does not want “to have to face Hillary in the 2012 presidential election in the wake of an Obama resignation.”

“What forced the release of the birth certificate on April 27 was the coming publication of the [Where’s the Birth Certificate?] book,” said Corsi.

“Bauer’s resignation is the first step in the crumbling of inside support for Obama in the White House.”

Corsi said pursuit of the “forger” who created the Obama “Certificate of Live Birth” already is well under way.

“The forgery consists of a composite of these various Hawaii 1961 legitimate documents, onto which was added Obama-specific information, with the result that the final version was composed in Adobe software,” Corsi said.

Obama announced at that point he was waiving ethics rules for Bauer, his personal and campaign lawyer – and the same attorney who has defended Obama in lawsuits challenging his eligibility to be president.

But Executive Order 13490, “Ethics Commitments by Executive Branch Personnel,” prohibits political appointees from participating in any matter involving specific parties that is directly and substantially related to former employers or former clients. The rule typically expires two years after the date of appointment.

According to the ethics waiver posted on the White House website, Bauer was exempted from the requirements of the ethics pledge “solely with respect to his former client the Democratic National Committee (DNC), and with respect to his former employer Perkins Coie LLP (Perkins Coie) in its capacity as counsel to the DNC and to President Barack Obama in his personal capacity.”

The waiver suggested the ethics rules would have prevented Bauer from working on Obama’s financial disclosure forms or issues related to the Democratic National Committee.

As WND reported, in April 2009, Bauer sent a letter to plaintiff Gregory Hollister, a retired Air Force colonel, of Hollister v. Soetoro, threatening sanctions if he didn’t withdraw his appeal of the eligibility case that earlier was tossed by a district judge because the issue already had been “twittered.”

“For the reasons stated in Judge Robertson’s ruling, the suit is frivolous and should not be pursued,” Bauer’s letter warned. “Should you decline to withdraw this frivolous appeal, please be informed that we intend to pursue sanctions, including costs, expenses and attorneys’ fees, pursuant to Federal Rule of Appellate Procedure 38 and D.C. Circuit Rule 38.”

Also during the 2008 presidential campaign, Bauer as counsel for the Obama campaign wrote letters to television station managers and to Department of Justice Assistant Attorney General John Keeney arguing that airing an anti-Obamaad pointing to the known association between Obama and Weather Underground radical Bill Ayers would violate federal election rules.

Additionally, during the 2008 campaign, Bauer intervened on behalf of Obama to block the California-based American Leadership Project from running a television ad campaign over support from unions, including the Service Employees International Union.

Again, Bauer filed a complaint with the FEC alleging that the union-funded television campaign the American Leadership Project planned to run in Indiana against Obama was illegal under federal election laws.

In addition to representing Obama on eligibility cases, Bauer also served as legal counsel to represent the president in the criminal probe into the activities of former Illinois Gov. Rod Blagojevich.