N.M. Rothschild is considered by City of London sources to be one of the most influential parts of the British intelligence establishment, tied to the Thatcher “free market” wing of the Tory Party. Rothschild and Sons made huge sums managing for Thatcher the privatization of billions of dollars of British state industry holdings during the 1980s, and today, for John Major’s government. Rothschilds is also at the very heart of the world gold trade, being the bank at which twice daily the London Gold Fix is struck by a group of the five most influential gold trade banks. Gold constitutes a major part of the economy of drug dealings globally.

N.M. Rothschild and Sons is also implicated in some of the filthiest drugs-for-weapons secret intelligence operations. Because it is connected to the highest levels of the British intelligence establishment, Rothschilds managed to evade any prominent mention of its complicity in one of the more sordid black covert intelligence networks, that of the Bank of Credit and Commerce International (BCCI). Rothschilds was at the center of the international web of money-laundering banks used during the 1970s and 1980s by Britain’s MI-6 and the networks of Col. Oliver North and George Bush, to finance such projects as the Nicaraguan Contras.

According to investigative citizen journalist Mike Vanderboegh, sources close to the development of the Gunwalker scheme state that early on, Hillary and her trusted associated at State, Andrew J. Shapiro, devised at least part of the framework of what would later become Operation Fast and Furious. It was Shapiro who first described the details of the proposed scheme early in 2009 just after the Obama Administration took office.

My sources say that as Hillary’s trusted subordinate, it was Shapiro who first described to the Secretary of State the details of what has become the Gunwalker Scandal.

The precise extent to which Hillary Clinton‘s knowledge of, and responsibility for, the Gunwalker Plot, lies within the memories of these two men, Shapiro and Steinberg, sources say.
The sources also express dismay that the Issa committee is apparently restricting itself to the Department of Justice and not venturing further afield. The House Foreign Affairs Committee, they say, needs to summon these two men and their subordinates — especially at the Mexico Desk at State — and question them under oath as to what Hillary Clinton knew about the origins of the Gunwalker Scandal and when she knew it.
There is one other thing those sources agree upon. The CIA, they say, knows “everything” about the “Mexican hat dance” that became the Gunwalker Scandal.

The ‘Steinberg’ mentioned in the quote above is Hillary Clinton’s former Deputy Secretary of State, who was appointed directly by Barack Obama and was considered from the start to be an ‘Obama man’ whose objective was to carry out the wishes of the President in the State Department.

Hillary had said of Steinberg,

Clinton said Steinberg had been a “fixture” at meetings with the National Security Council (NSC) and frequently represented the US State Department at the White House.

That statement is key. Hillary herself stayed out of all meetings dealing with strategy concerning the euphemism the Administration used to designate Gunwalker, ‘strategy meetings on Mexico and the problem of drug and gun trafficking.’ Hillary’s absence would give the impression that she had no connection to the scheme while making sure that her views were represented by Steinberg and Shapiro, both of whom were fully complicit with the details that developed concerning how to pad statistics on U.S. guns in Mexico.

According to sources, Hillary was obsessed with gun statistics that would prove that ‘90% of the firearms used by Mexican criminals come from the United States.’ As previouly reported, that meme, repeated incessantly by Democratic Senators, Barack Obama, certan members of the ATF, Janet Napolitano, and Hillary Clinton was patently and blatantly false. The fact that they all knew it was false is borne out by the lengths to which each of the above named co-conspirators went to attempt to ‘prove’ that the 90% figure was true.

My sources say that this battle of the “statistics” was taken very seriously by all players — the White House, State and Justice. Yet, WHY was this game of statistics so important to the players? If some weapons from the American civilian market were making it to Mexico into the hand of drug gang killers that was bad enough. What was the importance of insisting that it was 90 percent, 80 percent, or finally 70 percent? Would such statistics make any difference to the law enforcement tactics necessary to curtail them? No.

Recall what the whistleblower ATF agents told us right after this scandal broke in the wake of the death of Brian Terry: “ATF source confirms ‘walking’ guns to Mexico to ‘pad’ statistics.”

Thus, from the beginning the scheme was to pad statistics on U.S. guns in Mexico in order to be in a strengthened position to call for gun bans and strict gun control at a time when it was politically unpopular. Further, the scheme would involve a made-up statistic, out of thin air–90%–which then had to be proved by using civilian gun retailers along the southern border as unsuspecting pawns to walk U.S. guns into Mexico by ATF agents, straw purchasers, and others with connections to Mexican drug cartels.

And the evidence points to the fact that Hillary Clinton was one of the original Administration officials who was ‘in the loop’ on the scheme from the very beginning.

Be sure to catch my blog at The Liberty Sphere. 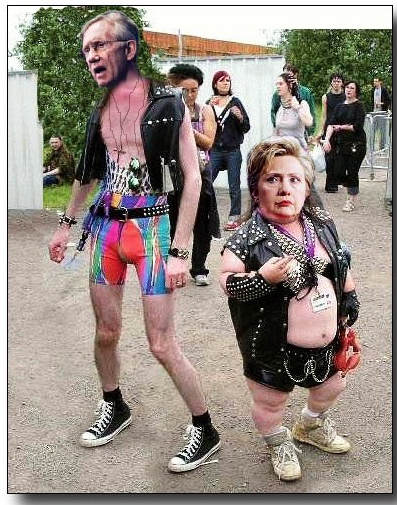 Soros has categorically denied receiving money from drug cartels or any form of criminal activity. The fact remains, however, that at least some of his financial operations have been based offshore, in banking and financial centers that are widely reported to be considered conducive to money-laundering.  The Soros fundis based in the Netherlands Antilles, a self-governing federation of five Caribbean islands. A CIA factbook describes the region as “a transshipment point for South American drugs bound for the US and Europe; money-laundering center.”