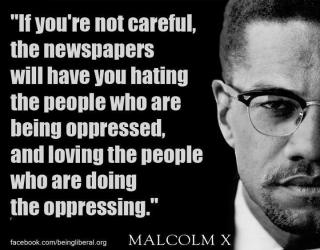 A federal court in Washington, DC, held last week that political appointees appointed by President Obama did interfere with the Department of Justice’s prosecution of the New Black Panther Party.

The ruling came as part of a motion by the conservative legal watch dog group Judicial Watch, who had sued the DOJ in federal court to enforce a Freedom of Information Act (FOIA) request for documents pertaining to the the New Black Panthers case. Judicial Watch had secured many previously unavailable documents through their suit against DOJ and were now suing for attorneys’ fees.

Obama’s DOJ had claimed Judicial Watch was not entitled to attorney’s fees since “none of the records produced in this litigation evidenced any political interference whatsoever in” how the DOJ handled the New Black Panther Party case. But United States District Court Judge Reggie Walton disagreed. Citing a “series of emails” between Obama political appointees and career Justice lawyers, Walton writes:

The documents reveal that political appointees within DOJ were conferring about the status and resolution of the New Black Panther Party case in the days preceding the DOJ’s dismissal of claims in that case, which would appear to contradict Assistant Attorney General Perez’s testimony that political leadership was not involved in that decision. Surely the public has an interest in documents that cast doubt on the accuracy of government officials’ representations regarding the possible politicization of agency decision-making.
…
In sum, the Court concludes that three of the four fee entitlement factors weigh in favor of awarding fees to Judicial Watch. Therefore, Judicial Watch is both eligible and entitled to fees and costs, and the Court must now consider the reasonableness of Judicial Watch’s requested award.

The New Black Panthers case stems from a Election Day 2008 incident where two members of the New Black Panther Party were filmed outside a polling place intimidating voters and poll watchers by brandishing a billy club. Justice Department lawyers investigated the case, filed charges, and when the Panthers failed to respond, a federal court in Philadelphia entered a “default” against all the Panthers defendants. But after Obama was sworn in, the Justice Department reversed course, dismissed charges against three of the defendants, and let the fourth off with a narrowly tailored restraining order.

UPDATE: An earlier version of this post reported that the decision was released today. It was released last week.