Three recently released government reports now point to fiscal doomsday for America; and one of the reports, issued by the Congressional Budget Office (CBO), says so explicitly:

The CBO paints two future scenarios for the U.S. budget deficit and the national debt. But it plainly declares that fiscal disaster will strike in EITHER scenario. Furthermore …

The CBO states that its fiscal disaster scenarios could cause severe economic declines for decades to come, including hyperinflation and destruction of retirement savings.

The CBO then proceeds to admit that even its worse-case scenario could be understated by a wide margin due to panic in the financial markets or vicious cycles that are beyond control.

Separately, in its Flow of Funds Report for the second quarter, the Federal Reserve provides irrefutable data that we are already beginning to witness the first of these consequences in the United States: an unprecedented cut-off of credit to businesses and consumers.

Meanwhile, the Treasury Department shows that America’s fate remains, as before, in the hands of foreigners, with the U.S. still owing them $7.9 trillion!

And despite all this, neither Congress nor the Obama Administration have proposed a plan or a timetable for averting these doomsday scenarios. Their sole solution is to issue more bonds, borrow more, and print more without restraint.

That is the epitome of insanity.

Yes, the great government bailouts of 2008 and 2009 have bought us some time … but they have promptly proceeded to sell us into bondage.

Yes, they have given us safe passage over tough seas … but only to throw our assets onto the global auction block for the highest bidders.

The one bright spot: Unlike some governments, ours does not conceal the evidence of its folly. Quite the contrary, the proof pours forth from these three government reports in relatively blunt language and unmistakably blatant numbers …

The CBO opens with a chart predicting the most dramatic surge in government debt of all time.

“Large budget deficits,” write the authors of the CBO report, would …

“More borrowing from abroad” and …

“Less domestic investment,” which in turn would …

“Depress income growth in the United States,” and …

“Demand higher interest rates to compensate for the increasing riskiness of holding government debt.” Plus …

“Both foreign and domestic lenders may not provide enough funds for the government to meet its obligations.”

The magnitude of the problem cannot be underestimated. The CBO declares on page 15 that:

“The systematic widening of budget shortfalls projected under CBO’s long-term scenarios has never been observed in U.S. history” and …

It will also be larger than the debt accumulations of any other industrialized nation in the post-World War II period, including Belgium and Italy, the two worst cases of all.

But the CBO admits that even these frightening projections may be grossly understated because:

“The analysis omitted the pressures that a rising ratio of debt to GDP would have on real interest rates and economic growth.”

“The growth of debt would lead to a vicious cycle in which the government had to issue ever-larger amounts of debt in order to pay ever-higher interest charges.”

“More government borrowing would drain the nation’s pool of savings, reducing investment” and …

But none of these are factored into the analysis. On page 17 of its report, the CBO writes …

“The analysis … does not incorporate the financial markets’ reactions to a fiscal crisis and the actions that the government would adopt to resolve such a crisis. Because [our] textbook growth model is not forward-looking, the analysis assumes that people will not anticipate the sustainability issues facing the federal budget; as a result, the model predicts only a gradual change in the economy as federal debt rises.

“In actuality, the economic effects of rapidly growing debt would probably be much more disorderly as investors’ confidence in the nation’s fiscal solvency began to erode. If foreign investors anticipated an economic crisis, they might significantly reduce their purchases of U.S. securities, causing the exchange value of the dollar to plunge, interest rates to climb, and consumer prices to shoot up.(Bolding is mine.) 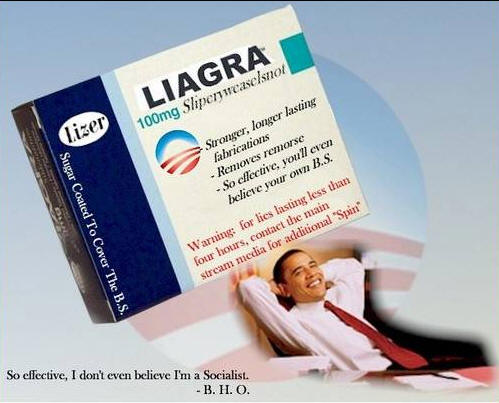 The Fed’s data on page 12 tells it all: The impact on the U.S. credit markets is not just a future scenario. It’s happening right now.

Yes, the government is getting its money to finance its exploding deficits (for now). But it’s hogging all the available supplies, while American businesses and average consumers are getting shut out or even shoved out.

But if you think that was a lot, consider this: THIS year, the Treasury has stepped up its pace of borrowing to annual rates of $1.443 TRILLION in the first quarter and $1.896 TRILLION in the second quarter. That’s 3.5 times and over SIX TIMES MORE than last year’s, respectively.

Meanwhile, the private sector is getting killed …

Getting cash out of credit cards and other consumer credit is even tougher. Last year, folks were able to add to their consumer credit at annual rates of $115 billion and $105 billion in the first two quarters. This year, in contrast, they’ve been forced to CUT back on their credit at annual rates of $95.3 billion in the first quarter … and at an even faster pace in the second quarter — $166.8 billion.

Never before in my lifetime have I witnessed a more severe case of crowding out in the credit markets!

And never before has the CBO been so right in its forecasts of fiscal doomsday: One of its dire forecasts was already coming true even before it issued its report.

This isn’t a new record. It was actually slightly more last year. But the fact is NOTHING has been done to reduce our debt to foreigners. Quite the contrary, it is the deliberate policy of our government to pile up more — to sell foreign investors and central banks on the idea that they must continue to lend us money.