(AND MOST SLAVES WERE WHITE) 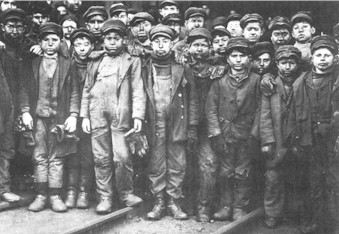 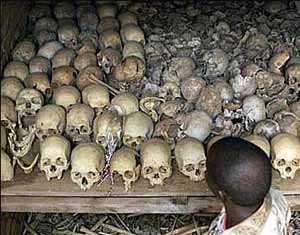 The author of a book on the 1,400-year history of the other slave trade talks about the power of eunuchs, the Nation of Islam’s falsehoods and the persistence of slavery today.

In June, President Barack Obama, appearing at the University of Cairo, said: “I know that Islam has always been a part of America’s story. . . And since our founding, American Muslims have enriched the United States.”

Muslims only became a sizable and significant after 1965 – – thanks to the revised Immigration and Naturalization Act.

Now Barack has made another historical boo-boo that was not corrected by any silver haired scholar or talking head on cable news. He announced that “unique African American culture existed in North America for hundreds of years before we actually founded the nation.”

Such a statement might be acceptable coming from Uncle Remus but not the President of the United States, who is expected to be somewhat knowledgeable and reasonably intelligent.

The failure of academics and journalists to correct the continuous historical errors of the Commander in Chief may reflect the sorry fact that one in four Americans never cracks open a book or reads a newspaper.

African Americans were not brought here in chains by the Pilgrims and the Puritans. Nor did they number among the Spanish at St. Augustine, the Dutch in New Amsterdam, or the French at Parris Island.

The first black slaves arrived in America in the early years of the 17th Century.

At the time of the ratification of the Constitution in 1788, there were less than 50,000 slaves in America – – and the vast majority of them were white.

The white slaves not indentured, who began to arrive here in 1618, included hundreds of children – – waifs and strays – –  who had been rounded up from streets of London to serve wealthy farmers in Virginia.

Other slaves came from the ranks of the homeless and the poor, whom King James I held responsible for spreading the plague, and from England’s swelling prison population.

The scheme was supported by James I, who believed the homeless and itinerant of London were spreading plague.

Of the first 300 white slaves to land in Virginia, only 12  managed to survive four years. The others died of ill treatment, disease, attack by native Americans or overwork.

Contemporary records show that one child victim, Elizabeth Abbott, was beaten to death when her master ordered her to be given 500 lashes for running away.

At least 70,000 white men, women, and children from England and Ireland were shipped to the colonies to be sold as slaves on the auction block during the 170 years of British rule.

White slaves transported to the colonies suffered a staggering loss of life in the 17th and 18th century. During the voyage to America, the white slaves were kept below deck for the entire nine to twelve week journey. They were chained with 50 other men to a board, with padlocked collars around their necks. The weeks of confinement below deck in the ship’s stifling hold often resulted in outbreaks of contagious disease, including cholera and dysentery.

Ships carrying white slaves to America often lost half their slaves to death. According to historian Sharon V. Salinger of the University of California, Riverside, “Scattered data reveal that the mortality for [white] servants at certain times equaled that for [black] slaves in the ‘middle passage,’ and during other periods actually exceeded the death rate for [Black] slaves.”

Ms. Salinger affirms a death rate of ten to twenty percent over the entire 18th century for black slaves on board ships en route to America compared with a death rate of 25% for white slaves.

Foster R. Dulles in Labor in America writes that white slaves “experienced discomforts and sufferings on their voyage across the Atlantic that paralleled the cruel hardships undergone by negro slaves on the notorious Middle Passage.”

Dulles says the whites were “indiscriminately herded aboard the ‘white guinea men,’ often as many as 300 passengers on little vessels of not more than 200 tons burden–overcrowded, unsanitary…The mortality rate was sometimes as high as 50% and young children seldom survived the horrors of a voyage which might last anywhere from seven to twelve weeks.”

Independent investigator A.B. Ellis in the Argosy writes concerning the transport of white slaves, “The human cargo, many of whom were still tormented by unhealed wounds, could not all lie down at once without lying on each other. They were never suffered to go on deck. The hatchway was constantly watched by sentinels armed with hangers and blunder busses. In the dungeons below all was darkness, stench, lamentation, disease and death.”

In the past, white slavery was acknowledged as having existed in America only as “indentured servitude.”

Such indentured servants were, for the most part, convicts, who served a term of four to seven years laboring on the farms, plantations, and estates in Virginia, Georgia, Maryland, and the Carolinas in exchange for their freedom. But they represented only a small fraction of the hundreds of thousands of whites who remained slaves for life. Such slavery was hereditary: children of the white slaves also became chattel without hope of freedom.

In George Sandy’s laws for Virginia, Whites were enslaved “forever.” The service of Whites bound to Berkeley’s Hundred was deemed “perpetual.”

Throughout the colonial period, white slaves remained the main labour force on the Virginia and Maryland plantations, outnumbering Africans by as many as four to one.

Benjamin Franklin suggested the American authorities should send rattlesnakes back to England in return for such unwelcome imports.

Whites remained slaves until the Emancipation Proclamation. In 1855, Frederic Law Olmsted, the landscape architect who designed New York’s Central Park, was in Alabama on a pleasure trip and saw bales of cotton being thrown from a considerable height into a cargo ship’s hold. The men tossing the bales somewhat recklessly into the hold were Negroes; the men in the hold were Irish.

Olmsted inquired about this to a ship worker. “Oh,” said the worker, “the niggers are worth too much to be risked here; if the Paddies are knocked overboard or get their backs broke, nobody loses anything.”

At present, several African American groups are seeking reparations from the United States government for the time their ancestors spent as slaves. One group, the African World Reparations and Repatriation Truth Commission, is demanding an astronomical $777 trillion.

Ocala’s Trinity United Church of Christ has passed a resolution demanding reparations and declaring that:

“WHEREAS: The institution of Slavery is internationally recognized as crime for which there is no statute of limitations, AND

WHEREAS: Uncompensated labor was demanded from enslaved Africans and their descendants for more than two centuries on U.S. soil; AND

WHEREAS: The principle that reparations is the appropriate remedy whenever government unjustly abrogates the rights of a domestic group or foreign people whose rights such government is obligated to protect or uphold has been internationally recognized…”

Michelle Obama, no doubt, expects a sizeable check from Uncle Sam since Jim Robinson, her great-great grandfather worked as a slave on a sprawling rice plantation in Georgetown, South Carolina.

I would like a check in a substantially greater amount for my English and Irish ancestors who were subjected to similar indignities.

Islam and the African Slave trade.

The Arab slave trade of African Negroes lasted for 1400 years. The European transatlantic African Negro trade lasted for 300 and only 5% of the slaves were brought to North America. 95% were taken to South America and the Caribbean. Today the descendants of the African Negro slaves brought to North America have the highest standard of living of any Negros living anywhere in the world. In fact they are astronomically better than Negroes living in any nation in Africa today.

From A brief for whitey, by Pat Buchanan…

First, America has been the best country on earth for black folks. It was here that 600,000 black people, brought from Africa in slave ships, grew into a community of 40 million, were introduced to Christian salvation, and reached the greatest levels of freedom and prosperity blacks have ever known.

Wright ought to go down on his knees and thank God he is an American.

Governments, businesses and colleges have engaged in discrimination against white folks — with affirmative action, contract set-asides and quotas — to advance black applicants over white applicants.

We hear the grievances. Where is the gratitude?

Did you know?About half a million Negro slaves were brought to America, over two million were taken to Brazil. Today tens of millions of descendants of these slaves live in total squalor no different from the worst slums in Africa. They only dream of the plush lifestyle of American blacks.

7 thoughts on “Most Slaves In America Were White”