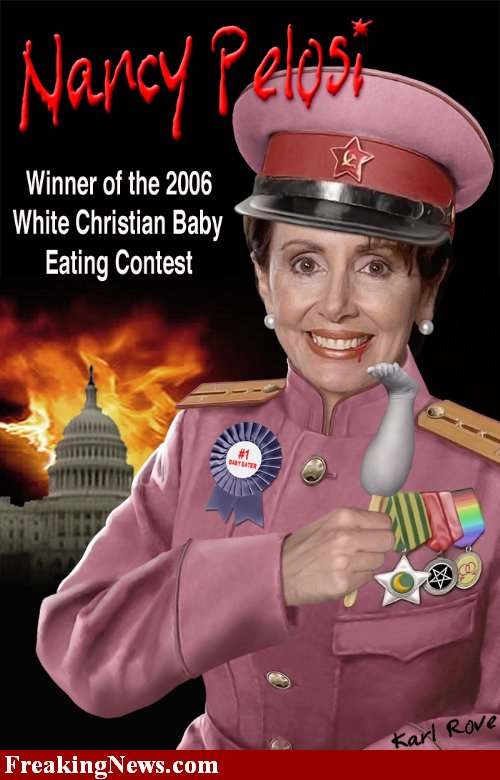 Why is there any surprise in America that the Cold War never really ended?

When the Soviet Union collapsed on its own misery, Communism struck out for greener pastures in the West.  And you can’t get anymore “West” than America.

A place in the sun was being prepared in America for Mikhail Gorbachev, even before he abandoned ship.

This is what Gorbachev told the Politburo in 1989: “Gentlemen, comrades, do not be concerned about all you hear about glasnost and perestroika and democracy in the coming years.  These are primarily for outward consumption.  There will be no significant change in the Soviet Union, other than for cosmetic purposes. Our aim is to disarm the Americans and let them fall asleep.” (Italics CFP’s).

And disarming America is precisely what Gorbachev went on to successfully do.

It’s not as if if Gorbachev faded into the woodwork after his well celebrated arrival in America.  To this day,  he’s an active member of the Maurice Strong, George Soros triumvirate pulling the puppet strings of President Barack Obama.

No one eased the path for Gorbachev’s agenda to close federal military bases around the U.S. more than Nancy Pelosi.

“Pelosi’s involvement in the disposal of federal military surplus land is matched only by Gorbachev, who as founder of Green Cross International (GCI) devised a mechanism for converting American military bases to civilian uses converting the bases over to “global centers for sustainability.” (Canada Free Press, Nov. 15, 2006).

During her Presidio stint, it is alleged that she was an investor in a real estate investment called Presidio Partners.

Gorby hit the ground running upon his arrival in America.  His mission of converting American military bases to global centers for sustainability came just two years after he resigned as president of the Soviet Union on Dec. 25, 1991.

CGI built on the 1992 Earth Summit in rio de Janeiro and supported the implementation of the Summit’s Agenda 21.

It was Nancy Pelosi who patiently shepherded Agenda 21 through Congress.  On March 29, 1993, she introduced a joint resolution (H.J. RES166) to renew the call for the United States to “assume a strong leadership role in implementing Agenda 21 and other Summit agreements”, eventually gathering 67 co-sponsors for her bill, roughly 30 of whom are still in Congress to the present day.

In a speech entitled “From Swords to Plowshares”, delivered in the House of Representatives on June 4, 1992, Pelosi cheered the arrival of Gorbachev to San Francisco’s Presidio as a tenant.

“The National Park Service is actively seeking ideas for programs and tenants at this spectacular site.  Last month, former Soviet President Mikhail Gorbachev visited the Presidio to propose that the Gorbachev Foundation/use be located at the Presidio when the army leaves.  In his words, `it is wonderful and symbolic that a military base is being converted for use by the people’.”

“As the cold war ends,” Pelosi continued, “it is, indeed, fitting that this army garrison—one of the oldest in the United States—will be transformed to a monument of peace, environmental preservation and recreation as a global park.”

Less than a year after Pelosi’s fawning words, Gorbachev and his 100% American, pre-funded $3.5 million Gorbachev Foundation moved into a white, shingled bayfront house at the historical Presidio overlooking the Golden Bridge.

This anti-American activist ‘PELOSI’ in office was one of Gorbachev’s most useful idiots as far back as 1992.

Now we find that the S.V.R., the successor to the Soviet K.G.B. planted Russian spies in the United States to gather information and recruit more agents.

“On Monday, federal prosecutors accused 11people of being part of a Russian espionage ring, living under false names and deep cover in a patient scheme to penetrate what one coded message called American “policy making circles”. (The New York Times, June 28, 2010).

Al Qaeda-like,  the Russian spies had lived for more than a decade in American cities and suburbs from Seattle to New York, “where they seemed to be ordinary couples working ordinary jobs, chatting to the neighbors about schools and apologizing for noisy teenagers”.

The enemy among us, it seems, just came crashing through all conspiracy theories.

The easy road to America for the Russian spy ring busted by the FBI was paved long ago by the likes of Nancy Pelosi.

Too bad treason seems to have gone off the books with Benedict Arnold.