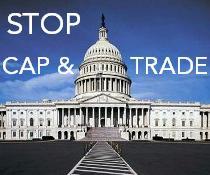 Earth on the Brink of an Ice Age – Pravda.Ru

The fight over global warming science is about to cross the Atlantic with a U.S. researcher poised to sue NASA, demanding release of the same kind of climate data that has landed a leading British center in hot water over charges it skewed its data.

Chris Horner, a senior fellow at the Competitive Enterprise Institute, said NASA has refused for two years to provide information under the Freedom of Information Act that would show how the agency has shaped its climate data and would explain why the agency has repeatedly had to correct its data going as far back as the 1930s.

“I assume that what is there is highly damaging,” Mr. Horner said. “These guys are quite clearly bound and determined not to reveal their internal discussions about this.”

The numbers matter. Under pressure in 2007, NASA recalculated its data and found that 1934, not 1998, was the hottest year in its records for the contiguous 48 states. NASA later changed that data again, and now 1998 and 2006 are tied for first, with 1934 slightly cooler.

Mr. Horner, a noted global warming skeptic and author of The Politically Incorrect Guide to Global Warming and Environmentalism, wants a look at the data and the discussions that went into those changes. He said he’s given the agency until the end of the year to comply or else he’ll sue to compel the information’s release.

His fight mirrors one in Europe that has sprung up over the the University of East Anglia’s Climatic Research Unit in the UK after thousands of e-mails from the center were obtained and appear to show researchers shaving their data to make it conform to their expectation, and show efforts to try to drive global warming skeptics out of the conversation.

The center’s chief has stepped down pending an investigation into the e-mails.

The center has also had to acknowledge in response to a freedom of information request under British law that it tossed out much of the raw data that it used to draw up the temperature models that have underpinned much of the science behind global warming.