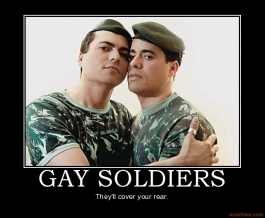 Two of the nation’s premier moral issues organizations, the Family Research Council and Concerned Women for America, are refusing to attend the Conservative Political Action Conference in February because a homosexual activist group, GOProud, has been invited.

“We’ve been very involved in CPAC for over a decade and have managed a couple of popular sessions. However, we will no longer be involved with CPAC because of the organization’s financial mismanagement and movement away from conservative principles,” said Tom McClusky, senior vice president for FRC Action.

“CWA has decided not to participate in part because of GOProud,” CWA President Penny Nance told WND.

FRC and CWA join the American Principles Project, American Values, Capital Research Center, the Center for Military Readiness, Liberty Counsel, and the National Organization for Marriage in withdrawing from CPAC. In November, APP organized a boycott of CPAC over the participation of GOProud.

Read about the roots of America’s culture war in “America’s War on Christianity: In God We Trust”

The decision followed two hotly contested CPAC board votes over GOProud. The first vote ended in a tie. The outcome of the second vote has not been officially disclosed, but a source at ACU leaked the decision favoring GOProud to the media.

ACU is also currently struggling through an embezzlement scandal, in which the ex-wife of ACU Chairman David Keene is suspected of stealing hundreds of thousands of dollars from the organization. Diana Carr, ACU’s former bookkeeper, was fired in January 2010.

Nobody from ACU was available to comment, as the organization’s offices are closed for the holiday season.

“Excellent. It is gratifying to see FRC and CWA respond appropriately to CPAC’s moral sellout of allowing GOProud as a sponsor,” said Peter LaBarbera, president of Americans for Truth about Homosexuality, the nation’s best-known organization dedicated exclusively to opposing the homosexual political agenda.

“By bringing in GOProud, CPAC was effectively saying moral opposition to homosexuality is no longer welcome in the conservative movement,” said LaBarbera. “Would CPAC bring in an organization specifically devoted to promoting abortion and pretend it’s conservative?” LaBarbera has formerly participated in CPAC, but said he may protest the conference this year.

“Shame on CPAC for defending the absurd proposition that one can be ‘conservative’ while embracing moral surrender – in this case the idea espoused by GOProud of the government granting ‘rights’ and benefits based on sinful sexual conduct long regarded as anathema to biblical and Judeo-Christian values,” LaBarbera added.

“[ACU has] gone libertarian, that’s their focus,” said Mat Staver, president of Liberty Counsel, a public interest law firm. “Libertarianism is right on the economy, often wrong on national defense, and doesn’t care about social conservatism. Libertarians only respect one leg of the Reagan revolution, and you can’t stand for long on one leg.”

“[GOProud is] why Liberty Counsel and Liberty University dropped out of CPAC,” Staver told WND. “Last year Liberty University was a CPAC sponsor, and we worked on a committee selecting speakers. We were not informed that GOProud was a consponsor. They were brought in at the eleventh hour, and we learned about it in a homosexual blog.”

Liberty Counsel responded by sending a protest letter to the ACU.

“We said GOProud is not a conservative organization,” said Staver. “They are undermining the military” by promoting open homosexuality, and “undermining marriage” by opposing the Defense of Marriage Act, which preserves the traditional definition of marriage by limiting it to one man and one woman.

“Anything that undermines marriage also undermines our freedom and economy,” said Staver. “It is contrary to our fundamental values to have as a cosponsor an organization that promotes same-sex marriage.”

“GOProud doesn’t fit in any of the areas of conservatism within CPAC,” Staver continued. “We asked CPAC to disassociate themselves from GOProud, but they refused to.

“The only way we would return to CPAC now is if CPAC openly disassociated itself from GOProud and carried on a pattern of activity that convinces us they are truly broad-based conservatives.”

Both FRC and Liberty Counsel said they would direct their efforts to rival conferences that respect moral conservatism.

“This year we will not be cosponsors or exhibit at CPAC,” said Staver. “We are focusing on other events that are more conservative, like the Awakening 2011 conference at Liberty University this spring. For the next two years we will be cosponsoring the FRC Values Voters Summit. We’re going to refocus our resources on events that promote the three legs of Reagan conservatism, social, economic and national defense.”

“We will to work to ensure that the Values Voters Summit continues as the premier conservative gathering in Washington, D.C.,” FRC’s McClusky told WND.