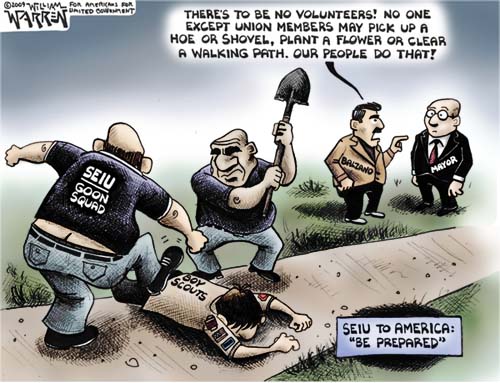 Scott Walker, the governor of Wisconsin, announced an assault against state workers last Friday, eliminating collective bargaining rights and threatening to fire workers who go on strike. The plan would divert 5.8 percent of workers’ pay to the state pension fund, and an additional 12.6 percent of their pay to employee health care premiums.

Walker’s proposal, which he said would quickly pass in the state legislature, drastically limits collective  bargaining, removing the right of unions to negotiate pensions, retirement and benefits. It further bars union dues check-offs for government workers, meaning that workers will have to pay dues individually.

Walker’s proposal allows state authorities to arbitrarily fire workers who “participate in an organized action to stop or slow work,” or who “are absent for three days without approval of the employer,” according to the governor’s press release.

The proposal denies government temporary workers, known as LTEs, eligibility for health insurance coverage, or participation in the state’s retirement system. It also tears up all collective bargaining rights for child care workers, home health care workers, and employees of the University of Wisconsin and its hospital arm.

Walker, a Republican, said the proposal will cut $30 million from this year’s budget and $300 million from the next one. The state faces a $1.8 billion budget gap next year, equal to 12.8 percent of its present budget. In the current fiscal year, the state has the 14thlargest relative budget shortfall of any state.

Walker is only the latest politician to demand confrontational budget cuts in recent weeks.

Over 800 public employees protested outside the Ohio state legislature last week as lawmakers discussed a bill that would eliminate collective bargaining for all state workers.

However, Governor John Kasich said the bill, proposed by Republican State Senator Shannon Jones, does not go far enough in rolling back benefits and collective bargaining rights, and that he would formally announce his own plans in the state budget proposal due by March 15. The governor is developing a proposal that he said would “outlaw strikes, and the penalties would either be firing or docked wages.” Kasich, also a Republican, said that he plans to end binding arbitration for state workers, and that he would seek to break existing contracts with police and firefighters.

The Democratic Party-controlled Illinois General Assembly is also currently debating a bill that would prohibit teachers from striking.

Forty-five states and the District of Columbia are facing budget shortfalls in the next fiscal year, which starts July 2011. These deficits total $125 billion combined. State revenues have fallen off by 12 percent since the start of the recession. Meanwhile, the need for social services has only grown as millions have lost their jobs. 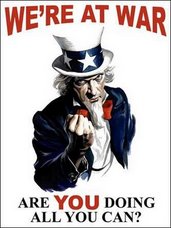 The sharp crisis in state budgets has been compounded by the fact that the federal government has refused to offer states any additional aid. The Obama administration’s recovery act provided $68 billion and $59 billion in assistance to states in fiscal years 2010 and 2011 respectively, but is set to give only $6 billion in assistance during the 2012 fiscal year.

State legislators—Democratic and Republican alike—have responded to the swelling shortfalls by implementing austerity measures year after year, laying off hundreds of thousands of state workers and repeatedly cutting wages and benefits.

The latest cuts, however, go even further. Fresh from 2010 midterm election victories, newly elected Republican governors such as Walker and Kasich have sought an all-out confrontation with the working class, eliminating collective bargaining and announcing that workers will be fined and fired if they go on strike.

The governors and state politicians know that they have the full backing of the Obama Administration, which is withholding federal aid to states as a key component of its broader offensive against workers. Nor do they have anything to fear from the state employee unions, which have colloborated with both parties to destroy the jobs and living standards of their members.