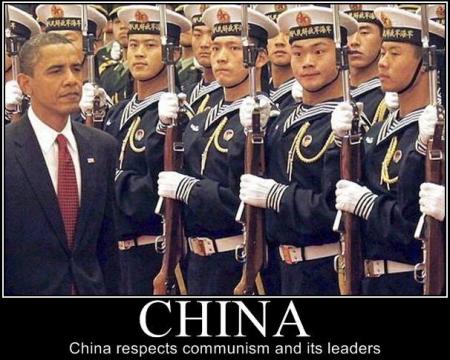 China is demanding that U.S. companies wrap parts of their worldwide operations into new joint venture companies in which Chinese interests own 50 percent, as a condition of doing business with China, the Wall Street Journal reported.

This fulfills a prediction I made in my book “America for Sale,” in which I argued that increasingly China would seek to own assets as a condition of doing business with American companies and as a requirement if the U.S. government expected China to continue buying U.S. debt.

The Wall Street Journal reported that General Electric is finalizing plans for a 50-50 joint venture with a Chinese military-jet maker to produce avionics, the electronic components of aircraft.

In a similar deal, General Motors established a joint venture this year with SAIC Motor Corp., its longtime Chinese partner, to produce and sell micro-vans in emerging markets including India and Southeast Asia.

“To make the GE deal happen, GE Chief Executive Jeffrey Immelt made an extraordinary concession, agreeing to fold into the venture all of GE’s existing world-wide business in nonmilitary avionics,” the Wall Street Journal reported. “GM, in its deal, contributed technology, its manufacturing facilities in India and the use of its Chevrolet brand name in that market.”

Along with the joint ventures, the participating Chinese companies get the full benefit of U.S. technological advances, which the Chinese are then able to use in other non-related business applications.

Ultimately, the Chinese intend to have Chinese corporations, aided by cheap labor and abundant government financing, dominate the international business areas that China is today entering through 50-50 joint ventures with U.S. companies.

That China is buying U.S. oil and natural gas rights in the continental United States will strike millions of Americans as paradoxical, especially since the U.S. continues to be a net importer of approximately 60 percent of the oil consumed in the United States.

The Houston Chronicle reported China paid $2.2 billion for a one-third stake in Chesapeake Energy assets, with CNOCC laying a claim to a share of the energy resources in South Texas that have the potential to produce up to half a million barrels of oil per day.

The Chronicle reported that as part of this deal, CNOCC agreed to pay approximately $1.1 billion for a share of Chesapeake’s assets in the Eagle Ford, described as a broad oil and gas formation that runs from the southwest of San Antonio to the Mexican border.

The Chronicle also reported that the deal with China could create as many as 20,000 jobs in the United States, as well as provide the capital Chesapeake needs to increase its rig count in South Texas from 10 rigs to 42 rigs by the end of 2012.

Five years ago, the Bush administration blocked China on grounds of national security concerns from a $18.4 billion deal in which China planned to purchase California-based Unocal Corp.

Today, China has the cash, U.S. corporations need the business and the Obama administration has no plans to reverse the debtor relationship in which China has become one of the U.S. government’s needed lenders.