Judicial Reform activist, Bill Windsor, has just added his name to the list of political activists reportedly targeted for assassination by the U.S. Government.

William M. Windsor was informed yesterday by a reliable source that he may be targeted for assassination by the U.S. Government.  Windsor is an activist seeking to stop government corruption and judicial corruption.

Windsor was a guest on a radio talk show on Republic Broadcasting on Thursday, May 12.  Following the radio show, Windsor was contacted by a known, reliable source who informed him that the U.S. government may be targeting him for assassination. 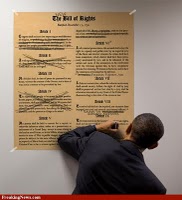 The report comes from a federal prisoner through his wife.  Windsor has been told that the prisoner was approached by government agents offering the man a deal.  That deal was for him to infiltrate efforts of people, including specifically by name – William M. Windsor.  Assassination of William Windsor and at least one other named individual was mentioned.

“I know this sounds like something out of a movie.  I am naive enough still to think this is probably not true.  BUT I will assure you that the radio talk show host who called me to tell me is someone very reliable — not a person to communicate something like this unless he believed his source to have sounded legitimate.”

The two people named have asked if the prisoner will sign an affidavit telling what he was told.

The use of prisoners as assets to do federal  “dirty work” on political assignments has become epidemic of late. For example, ex-convict Tim White was handed down a four-year sentence on drugs and weapons charges in Colorado, but only served four months. After cutting a deal, he was cut loose and began to embed himself in “patriot” causes.  He has made death threats against CIA whistleblower Barbara Hartwell, talk show host Jenny Hatch and others.  While his actions have been reported to law enforcement, no charges have been brought against White.

In a conversation with this reporter, FBI agent Mark Holstlaw admitted that White was an informant for the FBI.

William Windsor is outspoken in his efforts to expose what he calls rampant judicial corruption.  Windsor recently took three cases to the U.S. Supreme Court with proof of crimes and violations of the Constitution by 11 federal judges.  The Supreme Court refused to tell judges that they have to abide by the Constitution thus revealing  that the corruption extends all the way to DC.

Windsor has amassed proof of hundreds of criminal violations by 11 federal judges in Atlanta, Georgia, and on May 10, those charges were formally reviewed by a grand jury in Atlanta – Fulton County Georgia.

Windsor reported crimes by federal judges to President Obama, the FBI, the U.S. Attorney General, and every member of the House and Senate.  Not one responded.  Windsor intends to pursue criminal complaints against all for committing Misprision of Felonies – 18 U.S.C. 4.

Recently, President Obama called publicly for the targeted assassination of an American citizen, Muslim clerk Anwar al-Awlaki.  A number of pundits have pondered how long it would take for the Administration’s penchant for assassinating U.S. citizens to be applied to those in the legal reform community, activists, and journalists who are attempting to address the current legal meltdown going on inside the United States.

The  threat against Bill Windsor has been reported to the Cobb County Georgia Police and also to  the FBI.

Janet Phelan is an investigative journalist whose articles have appeared in the Los Angeles Times, The San Bernardino County Sentinel, The Santa Monica Daily Press, The Long Beach Press Telegram, Oui Magazine and other regional and national publications. Janet specializes in issues pertaining to legal corruption and addresses the heated subject of adult conservatorship, revealing shocking information about the relationships between courts and shady financial consultants. She also covers issues relating to international bioweapons treaties. Her poetry has been published in Gambit, Libera, Applezaba Review, Nausea One and other magazines. Her first book, The Hitler Poems, was published in 2005. She currently resides abroad.  You may browse through her articles (and poetry) at janetphelan.com