“[the CFR has as a goal] submergence of U.S. sovereignty and national independence into an all-powerful one-world government.… this lust to surrender the sovereignty and independence of the United States is pervasive throughout most of the membership.… In the entire CFR lexicon, there is no term of revulsion carrying a meaning so deep as ‘America First’” (Admiral Chester Ward, Kissinger on the Couch, pp. 144-150. 1975.) 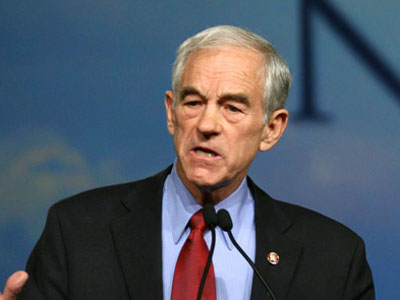 I am going to describe a candidate for you right now, and I want you to think about whether or not you would support him.

This candidate was for the individual mandate that served as the model for “ObamaCare.”  He was originally for the TARP bank bailouts before he was against them.  He joined with Nancy Pelosi to promote the anti-business “global warming” agenda.

That candidate I’m talking about is Newt Gingrich.  He is what I like to call a “counterfeit conservative.”

And I have barely even scratched the surface!

You might have seen recently that Mr. Gingrich traded on his former political office to land a $1.8 million lobbying contract with Fannie Mae and Freddie Mac.

Why is this so disturbing?

Because while these out-of-control federal agencies were ruining the housing market and causing millions of homeowners to lose their homes and life savings, Newt Gingrich was earning millions advising them.

At that same exact time, I was publicly declaring they needed to be stopped before they ruined the economy.

I guess Newt Gingrich and I have a different idea of what to do with federal bureaucracies.  I fight to rein them in and shut them down before they can do harm.  He pads his personal bank account while they wreck our economy.

While I was fighting environmental extremists, the out-of-control EPA, and the Soros-funded green movement, Newt Gingrich was filming commercials with Nancy Pelosi.

While I was fighting government bailouts, Newt was saying he would have voted FOR them.

Don’t be fooled by the words candidates use when they are running for office.  Look hard at their records.  My record is one of true limited government, anti-Washington, D.C. conservatism.

Newt Gingrich has a long record of liberal appeasement, flip-flopping on key issues, and lobbying for insider millions.

We can and must demand better.

I believe I am that candidate, and I ask you to take a look at my Plan to Restore America at www.ronpaul2012.com.

You can tell I mean every word in it — just as I’ve meant every word I have said in public life.  And that’s something that everyone will admit, whether they agree with all of my positions or not.

With me, what you see and hear is what you get.  Wouldn’t that be a nice change?

I am the only true conservative in the top tier of candidates running for the GOP nomination.  And I ask for your support.

Together we can stop the counterfeit conservatives AND the liberals in the White House.  We can take back and Restore America Now.

P.S.  Whether it’s flip-flopping on TARP, supporting the individual mandate that served as a model for “ObamaCare,” joining with Nancy Pelosi in support of the global-warming crowd’s radical agenda, or making millions off of Fannie Mae and Freddie Mac as they helped destroy our economy, Newt Gingrich is trying to pull the wool over our eyes.

He’s what I call a “counterfeit conservative.”

Here’s an ad my campaign put together explaining his record of supporting liberal policies.  Please take a moment to watch it.

And, if possible, contribute to my campaign as generously as you can to help me run this ad and get my message of liberty out with mail, internet advertising, and an all-out media blitz.

Bill Clinton, Newt Gingrich, & The List Of Those In The Hidden Government.

Who Is Newt Gingrich

27 Reasons Why Newt Gingrich Would Be A Really, Really Bad President!