The catastrophe isn’t default, it was always bankers extend and pretend.

Unwelcome crises are part of life. What’s unnatural isn’t crisis, it’s pretending that life should be nothing but a smooth, uninterrupted rise in consumption.

Yes, I’m talking about Greece and the EU. The situation is somewhat analogous to finding out your total cholesterol is over 300. Gee, I thought I was eating well, and was in pretty good shape… alas, that was all wishful thinking; normal is 180. At 300, you’re at serious risk of long-term health problems.

So the European Central Bank injects 120 billion euros of “medicine” to cure you, and a year later your cholesterol readings are 395. Hmm. The “medicine” didn’t work; instead, it actively prolonged and deepened the crisis.

Cholesterol at 300 is a crisis. We need to drop that 120 points down to 180. Everything about our lifestyle has to change to deal with this reality. So we go through a period of adjustment to the new reality. Sometimes the adjustment period is wrenching. People have to give up much of their lifestyle. But denying reality doesn’t help, and bemoaning the pain don’t help, either; both of these responses actively hinder the adjustment.

I was interviewed Saturday evening by guest hosts Paul Vigna and Ina Parker on the John Batchelor WABC radio program, and the topic was (unsurprisingly) Greece. Both Paul and Ina asked good questions, and so my primary aim was not to ramble too long or incoherently. (Who knows if I succeeded or not.)

One of their questions spoke directly to the central issue: “If Greece defaults, what happens next?”

I answered that Greece goes through a re-set, a painful but brief period of adjustment, and with the bad debt gone, then the economy would be cleared for new businesses to take root.

The Eurozone debt “crisis” is nothing but another credit cycle, in which debt expands beyond the carrying capacity of consumers and economies. Debt then contracts as uncollectable debt is written down; borrowers go bankrupt and their remaining assets are auctioned off (if they put up collateral; if not, then tough luck, lenders, you blew it and will have to suck the entire loss). Insolvent lenders are also declared bankrupt and dissolved.

There is absolutely nothing unusual about this cycle. Impaired debt is renounced and the system is purged of bad debt. Once the economy has been cleared of garbage, so to speak, then everyone can stop pretending and start dealing with reality. Businesses will be able to start up in a transparent and open market.

TO DO SO WE MUST RE-LEGISLATE THE GLASS STEAGALL ACT 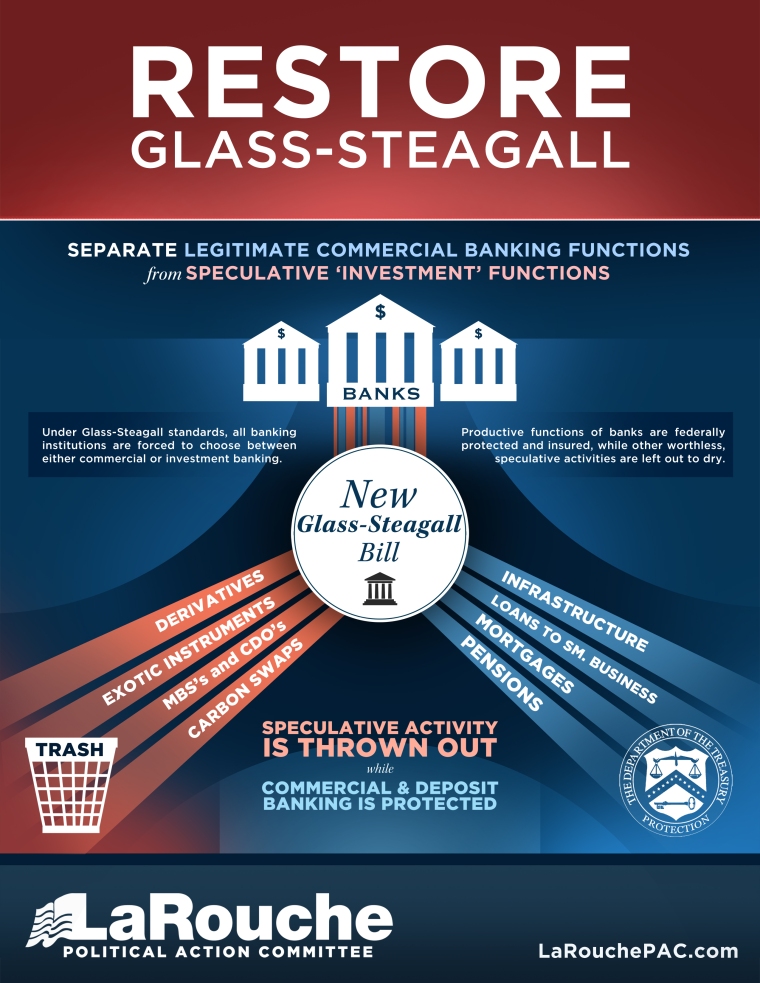 The world does not end. Life goes on. We were threatened and bullied in 2008 that the insolvency of the U.S. financial sector would trigger the end of civilization, but it was just another lie: life goes on.

The Status Quo in Euroland is unsustainable. Last year’s “fix” fixed nothing; it only deepened the pain and stole a year from those who could have used that time to make needed adjustments to reality.

It would be better for all involved if Greece defaulted on 100% of its debt and left the euro currency. Imports would instantly become very expensive in the new currency and so Greece would have a chance to build a balanced, productive economy that wasn’t dependent on debt. All the banks who made the predatory loans to Greece would go bankrupt–good riddance to them all. If the European Central Bank also goes under, so much the better.

Regardless of the shrill cries that civilization will end if lenders go belly up, life goes on. “Extend and pretend” only prolongs and deepens a crisis. “Doom and gloom” is the recognition that new conditions apply and the old way is unsustainable. Nobody likes hearing that, but it is the only way forward.
Business Insider

Here Is What Happens After Greece Defaults

When it comes to the topic of Greece, by now everyone is sick of prevaricating European politicians who even they admit are lying openly to the media, and tired of conflicted investment banks trying to make the situation appear more palatable if only they dress it in some verbally appropriate if totally ridiculous phrase (which just so happens contracts to SLiME). The truth is Greece will fold like a lawn chair: whether it’s tomorrow (which would be smartest for everyone involved) or in 1 years, when the bailout money runs out, is irrelevant. The question then is what will happen after the threshold of nevernever land is finally breached, and Kickthecandowntheroad world once again reverts to the ugly confines of reality. Luckily, the Telegraph’s Andrew Lilico presents what is arguably the most realistic list of the consequences of crossing the senior bondholder Styx compiled to date.

What happens when Greece defaults. Here are a few things:

← Breaking: 5th Circuit: Constitution does not require States to pretend two men can create a child.
Obama’s U.S. Epidemic On Pornography: Without Morals A Republic Cannot Subsist Any Length Of Time. →