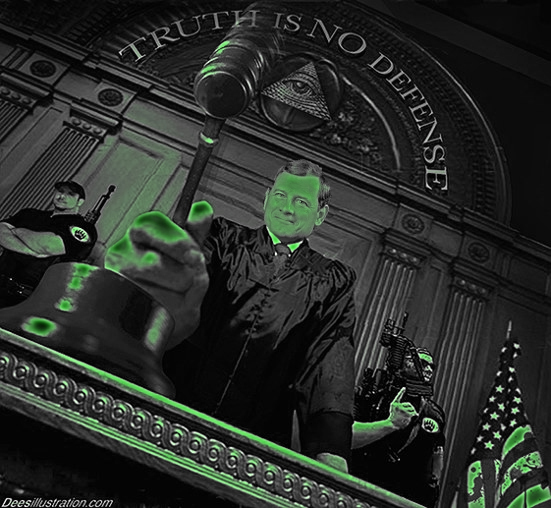 The Decision Is Being Appealed

Judge Malihi’s denial on the motion to dismiss by Obama’s attorney, “Emphasized” The Rule Of Statutory Construction by which he would later violate, in rendering his pro eligibility position as an Administrative Law Judge for Obama.

Statutory provisions must be read as they are written…When the Court construes a constitutional or statutory provision, “the first step…is to examine the plain statutory language.”…”Where the language of a statute is plain and unambiguous, judicial construction is not only unnecessary but forbidden.” … [T]his Court is not “authorized either to read into or read out that which would add to or change its meaning.”

Below Judge Malihi Violates the provision by “reading into” a 2009 Indiana decision which was not based upon The Constitution’s Article II Natural Born FOr Presidential Eligibility. Why did he go to Indiana Instead of The Constitution Article II which was required? He FEIGNED Presidential Eligibility with a Indiana immigration ruling, thus abusing his office and violating the rights of Georgia Citizens.

In his sweeping denial of the Plaintiff’s challenges, however, Judge Malihi did not mention the principle, and instead relied on the 2009 case of Ankeny v Governor, stating that “[t]he Indiana Court determined that a person qualifies as a natural born citizen if he was born in the United States because he became a United States citizen at birth.”

Interestingly, Judge Malihi footnoted that particular statement with the assertion:  “This Court recognizes that the Wong Kim Ark case was not deciding the meaning of ‘natural born citizen’ for the purposes of determining presidential qualifications; however, this Court finds the Indiana Court’s analysis and reliance on these cases to be persuasive.”

It must also be noted that the Indiana decision contains another similar and interesting footnote:  “We note the fact that the Court in Wong Kim Ark did not actually pronounce the plaintiff a ‘natural born Citizen‘ using the Constitution’s Article II language is immaterial.”

In other words, Judge Malihi found more persuasive than the long-established principle of statutory construction, a State’s Court of Appeals opinion and its unsupported contention that the Constitution’s language “is immaterial.”

“The American people will never knowingly adopt Socialism. But under the name of liberalism they will adopt every fragment of the Socialist program, until one day America will be a Socialist nation without knowing how it happened.”

Ronald Reagan alerting us to Norman Thomas’ and the socialist/progressives’ long-term stealth agenda to transform the USA from a constitutional republic into a top-down, central controlled, socialist form of government.

FILE - This Tuesday, Sept. 14, 2004 file photo shows Malik Obama, the older brother of US President Barack Obama, who holds an undated picture of Barak, left, and himself, center, and an unidentified friend in his shop in Siaya, eastern Kenya. President Barack Obama's polygamist half brother in Kenya has married a woman who is more than 30 years younger than him. The 19-year-old's mother told The Associated Press on Friday Oct. 15, 2010 she is furious that her daughter quit high school and married the 52-year-old. Malik Obama, who is Muslim, has two other wives. Polygamy is legal in Kenya if it falls under religious or cultural traditions. (AP Photo/Karel Prinsloo)

The ruling of Administrative Judge Malihi in GA was error ridden and atrocious!  The defendant, the CANDIDATE Obama … nor even his lawyer … bothered to even appear in court, ignored a court subpoena, told the court and the Secretary of State of GA they were not going to participate in the GA courts as to whether they will be on the ballot or not, and yet the Judge ruled in the defendant’s favor.

Is GA a banana republic state where its courts can be totally ignored by a subpoenaed defendant and they still win the case?  A total miscarriage of justice and failure of the rule of law.

Rulings by the administrative Judge Malihi have been overruled in the past by the Secretary of State.  Here is one example:  http://sos.georgia.gov/pressrel/pr000607.htm

The current ruling by Judge Malihi in favor of the scoff-law candidate Obama, should be overruled by the current Secretary of State, and Obama should not be placed on the GA ballot.

Obama slipped through the cracks unnoticed as to his eligibility flaws in the 2008 primary process.  He cannot be allowed to slip through the cracks again in the 2012 primary election process. The constitutionally ineligible CANDIDATE Obama, is under the rule of law like everyone else, and should be punished for his arrogant behavior to the sovereign state of GA, in essence flipping the bird to the state of GA.

Keep Obama off the GA ballot.   He defaulted by not showing up for that court hearing.  He is not a dictator … yet.

Barack Obama is NOT a “natural born Citizen of the United States” and is thus constitutionally ineligible to be the President and Commander in Chief of our military.

Obama being seated as the putative president is an outrageous violation of Article II Section 1 of the U.S. Constitution, the presidential eligibility clause.

Obama was not born with sole allegiance to the USA. Sole allegiance and unity of Citizenship at birth was the goal and purpose for putting the natural born Citizen clause into Article II Section 1 of the Constitution as to who could serve as president once the founding generation has passed away.

Obama (II) was born a British Subject via his foreign national father Obama (Sr.) who was a British Subject.   Obama is not a “natural born Citizen of the United States” to constitutional standards since he was born with dual allegiance and citizenship.

The founders and framers did not want anyone with foreign allegiance to ever get command of our military, i.e., be the president. Obama is constitutionally not eligible to be president and commander in chief of our military.

Adjectives mean something.  A “Citizen at Birth” is not logically identically equal to a “natural born Citizen at Birth”. Barack Obama may be a ‘Citizen of the United States’  but he is not a ‘natural born Citizen of the United States’ and does not meet the constitutional standards as to who can be the President and Commander in Chief of our military: http://puzo1.blogspot.com/2010/03/obama-maybe-citizen-of-united-states.html

Of Trees and Plants and Basic Logic and Citizenship Types: http://www.scribd.com/doc/44814496/Of-Trees-and-Plants-and-Basic-Logic-Citizen-at-Birth-NOT-Identical-to-Natural-Born-Citizen

← Judicial Watch’s ‘Most Wanted Corrupt Politicians’ for 2011: Executive Edition – Big Government
30 Facts About Debt In America That Will Blow Your Mind →