Barack Obama has said it would be wrong for the “unelected” supreme court to take the “unprecedented and extraordinary” decision to strike down his signature health care legislation when it was passed by an elected Congress.

Concord Monitor — Obama and his 32 czars

“The biggest problems that we’re facing right now have to do with George Bush trying to bring more and more power into the executive branch and not go through Congress at all. And that’s what I intend to reverse when I’m president of the United States.”

To say President Obama failed to follow through on this promise is an understatement. By appointing a virtual army of “czars” – each wholly unaccountable to Congress yet tasked with spearheading major policy efforts for the White House – the president has made an end-run around the legislative branch of historic proportions…. Vesting such broad authority in the hands of people not subjected to Senate confirmation and congressional oversight poses a grave threat to our system of checks and balances.

Bypassing the authority of Congress, Barack Obama rules through czars — the beginnings of dictatorship:

The Constitution’s Article II is about the President, his qualifications and authorities.  The focus of this article is on the following portion of Article II, Section 2:

The only place a ‘czar’ could fit in with the President’s authority as specified above seems to be ‘other public ministers and consuls….not herein otherwise provided for, and which shall be established by law’.  A plain reading of this section would suggest that an Executive could appoint a ‘czar’ or ‘public minister’, however it seems that those positions would need to be established by law.

Note the next clause that specifies that Congress can, by law, delegate (‘vest’) the appointment of ‘such inferior officers’ in the President, the Courts, or in the heads of departments.

Did Congress Authorize the 44 Czars?

In a word, no.  There are Executive Orders which have appointed certain czars.  But as a threshold issue, by what authority does the Executive  go outside the Constitutional process to appoint, under Article II,  ‘inferior officers’ whose positions have not been established by law, or their appointment by the Executive not vested in the Executive by Congress?

The Executive has usurped Congress’ authority to make laws to establish these positions, and Congress has improperly ‘vested’ its authority in the Executive, precisely because they haven’t controlled him.  Not making a decision on vesting that authority is a decision in itself, is an abrogation of responsibility.

This appointment of 44 czars is a gross example of an Executive out of control with a Congress that willfully ignores its Constitutional authority. Doesn’t his sound like the last eight years, without the excessive number of czars?

Here is a bill currently being sponsored to deny funding to the czars and staff unless approved by both houses of Congress.  Please visit this site and support the effort as it is one of the quickest ways to at least slow down the Executive’s czar train.

The Theory and Practice of Presidential Office

But of course, how could we stop simply with the ‘plain reading’ of the Constitution?

Alexander Hamilton and James Madison shaped the early debate on the scope of the Executive’s authority:  Said Hamilton:

”The second article of the Constitution of the United States, section first, establishes this general proposition, that ‘the Executive Power shall be vested in a President of the United States of America.’ The same article, in a succeeding section, proceeds to delineate particular cases of executive power.

It declares, among other things, that the president shall be commander in chief of the army and navy of the United States, and of the militia of the several states, when called into the actual service of the United States; that he shall have power, by and with the advice and consent of the senate, to make treaties; that it shall be his duty to receive ambassadors and other public ministers, and to take care that the laws be faithfully executed.

It would not consist with the rules of sound construction, to consider this enumeration of particular authorities as derogating from the more comprehensive grant in the general clause, further than as it may be coupled with express restrictions or limitations; as in regard to the co-operation of the senate in the appointment of officers, and the making of treaties; which are plainly qualifications of the general executive powers of appointing officers and making treaties.

This seems to recognize both broad authorities that in fact were constrained by the Article’s language on cooperation with the Senate.  In general, each administration has expanded the authority of the Executive:

However contested the theory of expansive presidential powers, the practice in fact has been one of expansion of those powers, an expansion that a number of ”weak” Presidents and the temporary ascendancy of Congress in the wake of the Civil War has not stemmed.

Perhaps the point of no return in this area was reached in 1801 when the Jefferson-Madison ”strict constructionists” came to power and, instead of diminishing executive power and federal power in general, acted rather to enlarge both, notably by the latitudinarian construction of implied federal powers to justify the Louisiana Purchase.

As Woodrow Wilson noted, the President in a position in which he, ”has the right, in law and conscience, to be as big a man as he can” and in which ”only his capacity will set the limit.”

The executive in the hands of Andrew Jackson stamped upon the presidency the outstanding features of its final character, thereby reviving, in the opinion of Henry Jones Ford, ”the oldest political institution of the race, the elective Kingship.”

The Supreme Court has weighed in several times on the scope of Executive Authority–in multiple different arenas– alternatively protecting the Executive and limiting its authority. The cases on the Executive’s Article II appointments seem to be related to the relative balance between the Executives exercise of authority and the Senate’s authority to have a say in such appointments.

The most current discussions of the Executive’s authority involve FISA, the illegal wiretapping program, interrogation techniques, and other excesses.  Be sure to examine the focus on these issues as there continues to be no focus on the current administration’s excesses.

While there has been litigation on specific Article II appointments, there does not seem to be any litigation related to the number of appointments made by an Executive.

Since Obama has appointed so many ‘czars’ , or ‘lesser officers’, and did it in subrosa fashion, one is easily persuaded to look behind the appointments to the hidden agenda being advanced.  That could be a distraction. The threshold issue of non-compliance with Article II, Section 2 appointments.

Congress was not asked, nor did they propose to sanction by law, any new positions accountable only to the Executive.  Neither did they authorize the Executive to create so many positions, and only a few have raised any concerns.

The sheer number of appointments is reminiscent of an ‘alinsky’ or ‘cloward-piven’ strategy, to be ‘in your face’ or to overwhelm Congress and the public to the point of inaction, even numbness.

Significantly, this effort by Obama to create a shadow government (or to fulfill some kind of personal insecurity) through czars accountable to no one fails the Article II, Section 2 threshold, as has Congress.

It is a seemingly deliberate effort on the Executive’s part, and with collaboration of-or certainly no interference from- Congress, to circumvent the letter and spirit of the Constitution, even within the broad latitude the Executive already has in matters of national security and foreign policy.

What is significant to this blog is that when acts of the Executive, Congress or the Courts do not stand even at the threshold of Constitutional veracity, then a situation of lawlessness develops: illegality as a consequence of defiance of the law.  And, lawlessness begets lawlessness. 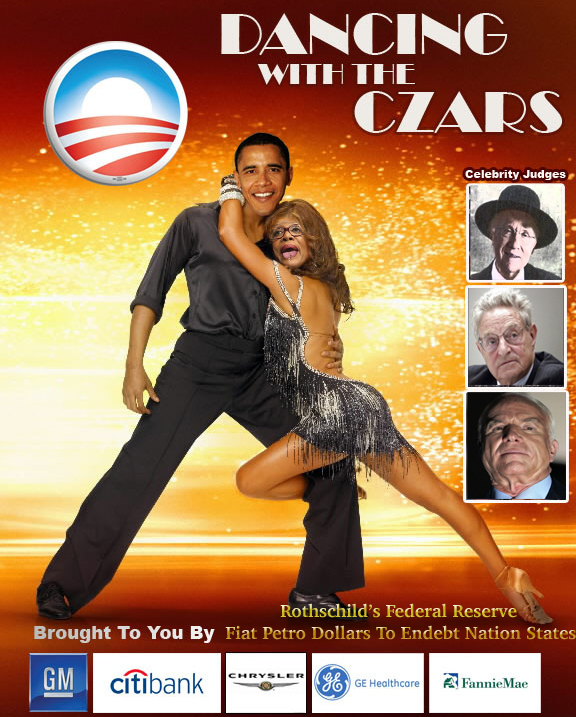