Russian military and diplomatic support for the Assad regime was underscored by the deployment Friday, Dec. 16, of advanced Moscow-supplied Yakhont (SSN-26) shore-to-sea missiles along Syria’s Mediterranean shore to fend off a potential Western-Turkish invasion by sea.

Last week, Russia airlifted to Syria 3 million face masks against chemical and biological weapons and the Admiral Kutznetsov carrier and strike group was sent on its way to Syria’s Mediterranean port of Tartus.

Russian naval sources in Moscow stressed that the flotilla is armed with the most advanced weapons against submarines and aerial attack. Upon arrival, the Russian craft will launch a major marine-air maneuver in which Syrian units will take part.
Syria has received from Russia 72 Yakhont missiles able to hit marine targets up to a distance of 300 kilometers – i.e., over the horizon, our military sources report. The missile’s radar remains inert, making it hard to detect, until it is close to target. It is then switched on to guide its aim.

Its high speed – 2,000 kmh – enables the Yakhont to strike before its target has time to activate self-defense systems.
Thursday night, in response to the deployment of 21 Syrian Scuds on the Turkish border, including five with chemical warheads, Ankara convened its top military council and declared its armed forces ready for war. Syria also rushed armored reinforcements to the Jordanian border.

DEBKAfile‘s military and intelligence sources report that the rush of Syrian war moves backed by Russia indicates that both believe a Western-Arab force is on the point of invading Syria. They are keeping an eye especially on Turkey which is suspected of having obtained a NATO marine and air umbrella, including the US Sixth Fleet, for military preparations aimed at ousting Bashar Assad, so repeating the operation against Libya’s Muammar Qaddafi.
The diplomatic flurry around Syria was accentuated by US Defense Secretary Leon Panetta’s arrival in Ankara Friday morning to find Turkish armed forces on war preparedness, and Syrian Vice President Farouk A-Shara’s landing in Moscow for a crisis conference with Russian leaders.

The Assad government also rushed armored units in two directions – to the Turkish frontier and also to the Jordanian border opposite the US special operations units from Iraq newly deployed to defend Jordan against a Syrian attack, as DEBKAfile reported on Dec. 13 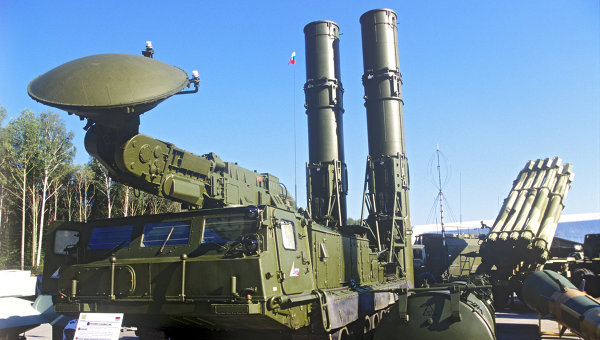 Our sources report that 21 Syrian missile launchers, five of them Scud D with chemical warheads, are deployed in northern Syria opposite the Turkish Hatai (Alexandretta) district. They were moved up in broad daylight to make sure Western spy satellites and Turkish intelligence surveillance saw them. More are on the way.

In Israel, the IDF announced it was reconstituting the special command for operations behind enemy lines under the command of Brig. Gen. Shay Avital.

Before the military council convened in Ankara, Turkey placed its border contingents, air force and navy on war preparedness.

The Turkish press repeated a statement by Foreign Minister Ahmet Davutoğlu in an interview two weeks ago that Turkey does not want to consider a military option for intervention in neighboring Syria as Damascus cracks down on popular protest, but it is ready for any scenario.

The Turkish army has prepared operational plans for seizing parts of northern Syria if the situation there continues to deteriorate. Those plans would essentially carve Syria into two entities, with the Turkish army holding the north and protecting opposition and civilian populations, while the Syrian army and Assad loyalists would remain in control of the central and southern regions.