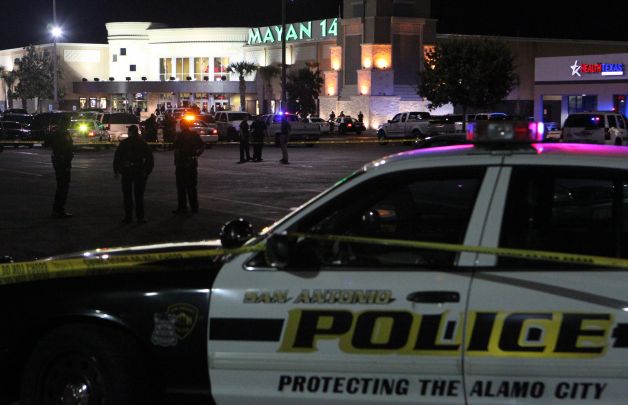 An armed citizen at the San Antonio Mayan 14 Movie Theater Sunday, shot & disarmed a lone gunman who had opened fire 20 rounds inside the theater, according to reports.

This shooting comes just days after a deadly rampage at a school in Connecticut and sparks memories of the the mass slaying at a movie theater in Aurora, Colo.

A San Antonio shooting left two wounded after a gunman opened fire at a Texas move theater, sending hundreds of people running in an attack reminiscent of the Aurora, Colo. movie theater shooting earlier this year.

The gunman who perpetrated the San Antonio shooting, whose name has not been released, was taken into custody after being wounded by an armed citizen.

Witnesses said the San Antonio shooter fired numerous shots inside and outside of the Santikos Mayan Palace 14 theater at approximately 9:45 p.m. last night. The San Antonio movie theater complex was evacuated and sealed off for several hours.

The suspect was taken to the hospital and was not immediately charged. The extent of the injuries of the two who were injured was not known, but police said they did not sustain life-threatening injuries.

The shooting comes just days after Adam Lanza killed 27 at Sandy Hook Elementary school in Newtown Conn., and is the second movie theater shooting this year. The numerous shootings has many people on edge.

“It brings back memories of the other theater shooting, and the elementary school shooting,” Cassandra Castillo, whose son works in the theater, told KENS. “You only think the worst.”

WE KNOW HOW TO STOP SCHOOL SHOOTINGS

In the wake of a monstrous crime like a madman’s mass murder of defenseless women and children at the Newtown, Conn., elementary school, the nation’s attention is riveted on what could have been done to prevent such a massacre.Luckily, some years ago, two famed economists, William Landes at the University of Chicago and John Lott at Yale, conducted a massive study of multiple victim public shootings in the United States between 1977 and 1995 to see how various legal changes affected their frequency and death toll.Landes and Lott examined many of the very policies being proposed right now in response to the Connecticut massacre: waiting periods and background checks for guns, the death penalty and increased penalties for committing a crime with a gun.None of these policies had any effect on the frequency of, or carnage from, multiple-victim shootings. (I note that they did not look at reforming our lax mental health laws, presumably because the ACLU is working to keep dangerous nuts on the street in all 50 states.)Only one public policy has ever been shown to reduce the death rate from such crimes: concealed-carry laws.

The effect of concealed-carry laws in deterring mass public shootings was even greater than the impact of such laws on the murder rate generally.

You will notice that most multiple-victim shootings occur in “gun-free zones” — even within states that have concealed-carry laws: public schools, churches, Sikh temples, post offices, the movie theater where James Holmes committed mass murder, and the Portland, Ore., mall where a nut starting gunning down shoppers a few weeks ago.

Guns were banned in all these places. Mass killers may be crazy, but they’re not stupid.If the deterrent effect of concealed-carry laws seems surprising to you, that’s because the media hide stories of armed citizens stopping mass shooters.
At the Portland shooting, for example, no explanation was given for the amazing fact that the assailant managed to kill only two people in the mall during the busy Christmas season.It turns out, concealed-carry-holder Nick Meli hadn’t noticed that the mall was a gun-free zone.
He pointed his (otherwise legal) gun at the shooter as he paused to reload, and the next shot was the attempted mass murderer killing himself. (Meli aimed, but didn’t shoot, because there were bystanders behind the shooter.)In a nonsense “study” going around the Internet right now, Mother Jones magazine claims to have produced its own study of all public shootings in the last 30 years and concludes: “In not a single case was the killing stopped by a civilian using a gun.”

This will come as a shock to people who know something about the subject.

The magazine reaches its conclusion by simply excluding all cases where an armed civilian stopped the shooter: They looked only at public shootings where four or more people were killed, i.e., the ones where the shooter wasn’t stopped.

If we care about reducing the number of people killed in mass shootings, shouldn’t we pay particular attention to the cases where the aspiring mass murderer was prevented from getting off more than a couple rounds?

It would be like testing the effectiveness of weed killers, but refusing to consider any cases where the weeds died.

In addition to the Portland mall case, here are a few more examples excluded by the Mother Jones’ methodology:

— Appalachian School of Law, 2002: Crazed immigrant shoots the dean and a professor, then begins shooting students; as he goes for more ammunition, two armed students point their guns at him, allowing a third to tackle him. Total dead: Three.

— Santee, Calif., 2001: Student begins shooting his classmates — as well as the “trained campus supervisor”; an off-duty cop who happened to be bringing his daughter to school that day points his gun at the shooter, holding him until more police arrive. Total dead: Two.

— Pearl High School, Mississippi, 1997: After shooting several people at his high school, student heads for the junior high school; assistant principal Joel Myrick retrieves a .45 pistol from his car and points it at the gunman’s head, ending the murder spree. Total dead: Two.

— Edinboro, Pa., 1998: A student shoots up a junior high school dance being held at a restaurant; restaurant owner pulls out his shotgun and stops the gunman. Total dead: One.

All these took place in gun-free zones, resulting in lots of people getting killed — and thereby warranting inclusion in the Mother Jones study.

If what we care about is saving the lives of innocent human beings by reducing the number of mass public shootings and the deaths they cause, only one policy has ever been shown to work: concealed-carry laws. On the other hand, if what we care about is self-indulgent grandstanding, and to hell with dozens of innocent children being murdered in cold blood, try the other policies. 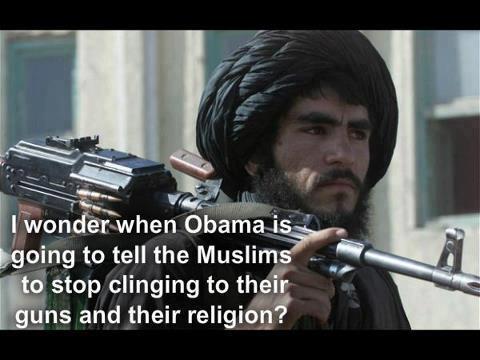