A Basic Understanding of Zionism

Rothschild Zionism markets itself as Jewish ‘Nationalism’. The Country Of Israel Was Purchased By Rothschilds As Rothschild Was Just Kicked Out Of India And Needed Another HOST Country To Control And Feed Off Of! 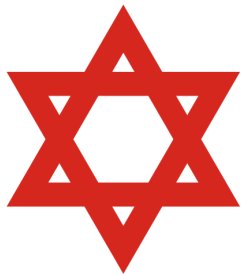 At the most fundamental level Rothschild Zionist ideology must be understood as a community operating within another community for the good of the ‘guest’ nation not the host nation.

The basis for Rothschild Zionism (Talmud) has infected the world for over 2,000 years.

With considerable contribution from Moses Hess known as the philosophical father of Zionism Marx produced material that worked on 2 levels. On the face of it Das Capital promises the ‘worker’ a utopian equality through Communism.

However, on a deeper level what he is offering is reduction to the lowest common denominator because only then can a mass be the same.

Of course this comes at a price since true ‘equality’ does not exist in nature. Thus it was necessary for Communism to formulate mechanisms to enforce ‘equality’.

For the Nationalist modern ‘multicult’ policy alive in Europe should provide some insight into the inner workings.

It was during the 19th century that Karl Marx developed Rothschild Zionism’s most dangerous tool of deception-Communism.

In 1917 Rothschild financed Vladimir Lenin in the over throw of The Russian Monarchy, To Establish Communism and thus centralize the finances to the Rothschild Banking Empire.

Now That Russia has kicked out Rothschilds – Rothschild’s Military influence through Rhode Scholars and embedded within the White House has unleashed NATO confrontation with Vladimir Putin.

The most diabolic deception of secular Zionist Congress is true yet today, the claim they wanted to unite all of Jewish people within a Jewish nation where all would find security and safety, when in fact during the Holocaust they turned their back on most of the Jewish people.

These elite few secular Zionist leadership desired a political nation to stage their own global ambitions, they immediately began terrorism to immigrate by force Jewish settlements of surrounding Arab nations to flee into Palestine.

This was done using terrorist bombings of these Jewish settlements, the Zionist blaming it as anti-Semitism of the Arab peoples. This evil of Zionist leaders was discovered during the holocaust, resulting in many Jewish un-necessarily suffering of horror’s and death, the Jewish survivors later published their charges against the Zionist entitled “We Accuse”.

It would be well worth your time reading this truth concerning devout Jewish charges against the Zionist.

In The Year 2000 There Were Eight Countries Without A Rothschild-Owned Central Bank: They were Afghanistan, Russia, Iraq, Sudan, Libya, Cuba, North Korea and Iran.

In 2006 Rothschild communist debt was paid off and President Putin has been removing Rothschild from every facet of Russia.

Then along came the convenient terror of 9-11.

What followed was a profound assault on America’s domestic terrorist policy and its approach to Arab Nations.

Soon Iraq and Afghanistan had been added to the list of countries that had a Rothschild owned Central Bank. Now only five countries were left without a Central Bank owned by the Rothschild Family: Sudan, Libya, Cuba, North Korea and Iran.

Apparently ‘safe’ in the knowledge that Iraq and Afghanistan were suitably ‘quelled’ ‘America’s’ (Zionist) inquisition went after Gadhafi. No sooner had THEY and their media arbitrarily labelled him a monster he

was brutally murdered by so called ‘rebels’ (Video). Just prior to his death these still warring ‘rebels’ had enough time to establish a new Central Bank of Libya and form a new national oil company.