The Rothschild zionists along with their coconspirators, The British government, and British royalty confiscated Palestine for Rothschild, and the Georgian Khazars who are no more Hebrew Jewish than the man in the moon. 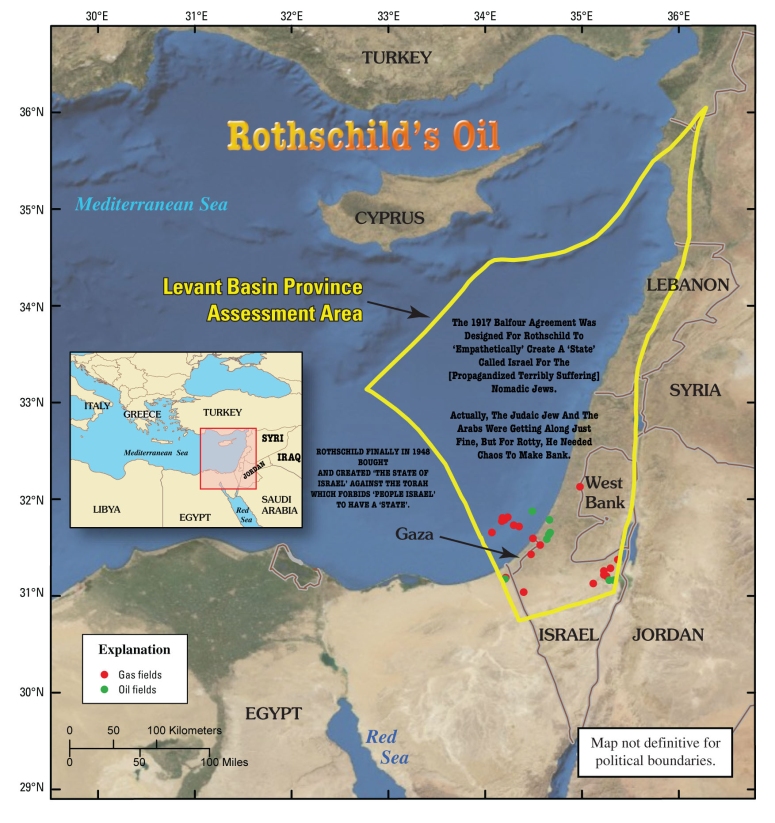 They have no religious, or other background to make claim on the land, but Rothschild and the British knew about the oil and made sure they supported Rothschild in his claim for Israel.

They never do anything for just one reason, so add to the fact that International Khazar Jewrys’ influence in America was great and Britain needed America in the war as its [bulldog]…. THE LIED TO CITIZENS OF THE UNITED STATES DO THE BIDDING OF THE RICH AND SHAMELESS!

AMERICA’S BLOOD & TREASURE IS EXPLOITED ~ THE RICH GET RICHER!

Hubert Herring in his book “And So To War” sums up the price the U.S. had to pay so that the Rothschild Zionists & Britain might have Palestine:

The Roman Catholic Pope was against this entire mess [Letting Rothschild Create An Israel]. He knew full well, the Rothschild Khazars hated Christians and that was proven out in the 1917 Rothschild/Lenin Russian Revolution where Christians were slaughtered by the millions by the khazar barbarians.

The International khazar Jewry cut a deal and the Balfour Declaration was the result. What Balfour left out was that nothing the British did or said could obscure the fact that Palestine was not theirs to give, nor did the British Government have the slightest right to secure a mandate for Palestine.

But Balfour, backed by Nathan Rothschild, pressed ahead anyway, as if the two men had an inherent right to act in the arbitrary manner which they saw fit. 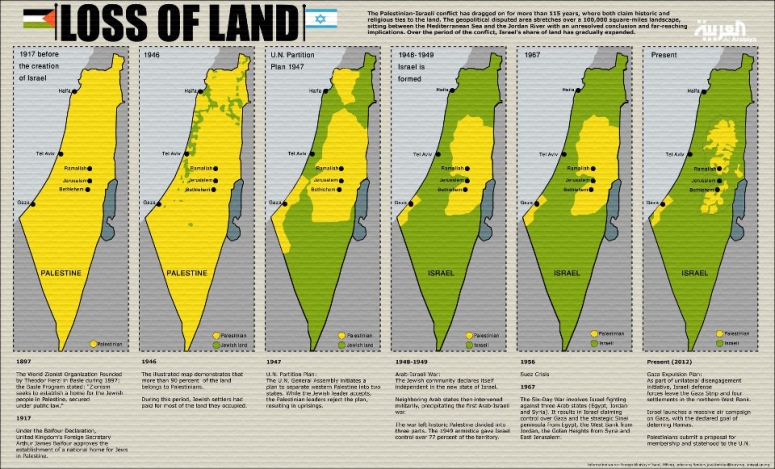 The victims of Gaza: A list of Palestinians killed in Rothschild Israel’s ongoing assault

By: Chloé Benoist
As Israeli forces began their assault on the Gaza Strip, Israel’s leaders and media ramped up a rhetoric offensive, using dehumanizing discourse to garner support for deadly military action in the besieged Palestinian territory.

Operation “Protective Edge” – Israel’s latest military offensive to be given a name with nurturing undertones after “My Brother’s Keeper” and “Pillar of Defense” – has already killed at least 43 Palestinians and bombarded more than 400 locations in the Gaza Strip in less than 48 hours.

Netanyahu: I Won’t Be Silenced On Rothschild’s Security.

Despite the intensity of the Israeli assault on Gaza, Israel’s politicians are framing the military operation as one they entered against their will. An estimated 200 [NWO Hamas] rockets have been fired from Gaza [To Foment Destruction Of Palestine For Rothschild Control] since Tuesday, but there have been no recorded Israeli casualties.

The UN Human Rights Council on Monday passed two resolutions criticizing Israel, but kept its record intact of singling out no other country for human rights abuses.

The 47-nation council, which has censured only Israel since it began operating six months ago, this time took the Jewish state to task for its occupation of Syria’s Golan Heights and for building settlements in occupied Arab territories.

The council voted 32-1 with 14 abstentions to declare illegal Israel’s 1981 annexation of the Golan Heights and demand that Israel rescind its decision to impose its laws and jurisdiction on the area, which it captured in the 1967 Middle East war. Canada, which said the resolution was unbalanced, was the only no vote, and European Union members abstained.

Then it voted 45-1 to demand Israel reverse its policy of building and expanding settlements as a first step toward dismantling them. Again, Canada was the only country to vote against the resolution. YNETNEWS

Despite the intensity of the [Rothschild] Israeli assault on Gaza, Israel’s politicians are framing the military operation as one they entered against their will.

“We are not eager for battle, but the security of our citizens and children takes precedence over all else,” NWO Israeli Prime Minister Benjamin Netanyahu said on Tuesday.

An Israeli official quoted by The Jerusalem Post lamented that Palestinian Authority President Mahmoud Abbas could not “influence his [NWO Muslim Brotherhood] Hamas partners to exercise restraint and stop kidnapping and murdering Israeli teenagers and sending rocket barrages into Israel.”

“That sort of restraint would have prevented the current crisis,” he added. *Yawn*

The implication of these statements are that [Rothschild’s NWO] Hamas has forced Israel into launching a full-scale military operation against them, conveniently ignoring the recent crackdown on the West Bank after the disappearance of three Israeli youths, which Israel blamed on Hamas without providing evidence to back its claims.

In an op-ed titled ‘Send Gaza to the Stone Age’ published on Wednesday, Israel Hayom’s Editor-in-Chief Amos Regev praised the Israeli government for “the levelheadedness, restraint and sound judgment it exhibited before ordering the Israel Defense Forces [sic] to launch Operation Protective Edge,” calling for a ground operation in Gaza to be “carried out with determination and clenched lips, with the knowledge that this is a war of no choice.”

Israel, its leaders would have you believe, is reluctantly entering an open conflict out of a sense of duty, once again indulging in the self-victimizing rhetoric that all Israeli military actions are defensive or retaliatory.

Israel’s enemy, once again, is Hamas, and Zionist political figures have stepped up their eliminationist discourse.

“We are continuing to carry out attacks that are exacting a heavy price from Hamas,” Yaalon said. “We are destroying its arms, terrorist infrastructure, command and control systems, institutions, government buildings, terrorists’ homes, and we are killing terrorists in the organizational high command.”

Other politicians echoed the sentiment.

“A sovereign state cannot allow for a bunch of terrorists to run its life; we must cut off the head of the snake and for every Hamas man to know that his blood is upon his head,” Shas party leader Aryeh Deri tweeted on Wednesday.

Deputy Defense Minister Danny Danon took it one step further, calling on Israel Wednesday to cut off fuel and electricity supplies to the Gaza Strip.

Neither Yaalon, Deri or Danon have acknowledged the human cost of such actions on Gaza, an enclave already suffering because of the crushing Israeli siege and already struggling with fuel and electricity shortages.“It is inconceivable that on the one hand we fight Hamas and on the other we provide fuel and electricity that are used to transport missiles that are fired at us,” Danon said. “We are in a campaign against Hamas, which is firing missiles at Israel’s citizens.”

Neither Yaalon, Deri or Danon have acknowledged the human cost of such actions on Gaza, an enclave already suffering because of the crushing Israeli siege and already struggling with fuel and electricity shortages. Nor did they mention the loss of civilian life which is the inevitable consequence of wide military actions in such a densely populated territory.

Israeli leadership, however, has repeatedly emphasized the plight of Israeli civilians. Israeli news outlets have dutifully reported every siren sounded in Israeli towns since the beginning of Operation “Protective Edge” and lamented the closure of some Israeli summer camps.

Cara Lebenzon, a blogger for The Times of Israel penned a post berating those who have spoken out against Israel’s attacks, saying “I would actually argue we are TOO nice to Hamas and the people of Gaza. I’ve never heard of a single country on earth that supplies their mortal enemies with water, goods and electricity on a daily basis, have you?” For these folk, Palestinians are not people entitled to basic human rights, and an assault on Gaza is not only warranted, but long overdue.

Meanwhile, the Israeli Occupation Forces (IOF) have bombarded Twitter with stylized graphics trying to garner sympathy for the fearful Israeli population who must run to bomb shelters — conveniently ignoring Palestinians’ lack of shelters during its deadly air raids.

The IOF has also shared an image which it claims is representative of Hamas’ own visual campaign to convince civilians stand in as human shields. The graphic, available only on IOF social media platforms, could have been created by the IOF’s own design team, purportedly standing as “proof” of Hamas’ treachery instead of showing actual existing Hamas posters.
The argument about Hamas forcing people to stand as human shields is one Israel regularly trots out, despite the fact that such claims have been dismantled in the past, and that the IOF is itself guilty of using such tactics repeatedly.

But the “human shield” argument is a convenient excuse for Israeli forces to continue with tactics that they know full well will lead to many civilian casualties while rejecting any responsibility for these deaths. Palestinians living in Gaza are not granted the luxury of being considered innocent civilians in Israeli rhetoric; dead Palestinian men, women and children are all guilty of standing in the way of Israeli weapons, despite the fact that there is nowhere to run in the open-air prison that is Gaza.

Dehumanization of Palestinians and demonization of the Palestinian struggle are essential tools of the Israeli military machine in order to continue justifying expansive military action while maintaining its discourse of victimization.

Follow all the latest updates on Israel’s assault on the Gaza Strip.

Israel Grants Oil Rights Inside Syria To Murdoch And Rothschild

Israel has granted oil exploration rights inside Syria, in the occupied Golan Heights, to Genie Energy. Major shareholders of Genie Energy – which also has interests in shale gas in the United States and shale oil in Israel – include Rupert Murdoch and Lord Jacob Rothschild. This from a 2010 Genie Energy press release:

Claude Pupkin, CEO of Genie Oil and Gas, commented, “Genie’s success will ultimately depend, in part, on access to the expertise of the oil and gas industry and to the financial markets. Jacob Rothschild and Rupert Murdoch are extremely well regarded by and connected to leaders in these sectors. Their guidance and participation will prove invaluable.”

“I am grateful to Howard Jonas and IDT for the opportunity to invest in this important initiative,” Lord Rothschild said. “Rupert Murdoch’s extraordinary achievements speak for themselves and we are very pleased he has agreed to be our partner. Genie Energy is making good technological progress to tap the world’s substantial oil shale deposits which could transform the future prospects of Israel, the Middle East and our allies around the world.”

For Israel to seek to exploit mineral reserves in the occupied Golan Heights is plainly illegal in international law.

Japan was succesfully sued by Singapore before the International Court of Justice for exploitation of Singapore’s oil resources during the second world war.

Israel tried to make the same move twenty years ago but was forced to back down after a strong reaction from the Syrian government, which gained diplomatic support from the United States. Israel is now seeking to take advantage of the weakened Syrian state; this move perhaps casts a new light on recent Israeli bombings in Syria.

In a rational world, the involvement of Rothschild and Murdoch in this international criminal activity would show them not to be fit and proper persons to hold major commercial interests elsewhere, and action should be taken.