JP Morgan cuts GDP for the Q1 again to negative 1.6.

Be prepared for the next [ridiculous rothschild mafia orchestrated] event, [China & Russia Are Preparing This July 2014]

Silver For The People

The U.S. embassy in Iraq has warned U.S. citizens against “all but essential travel to Iraq.”

The embassy issued the travel warning Sunday, citing “ongoing security concerns in Iraq, including kidnapping and terrorist violence.” The warning said the embassy is “extremely limited” in its ability to respond to situations that U.S. citizen might face in the Middle Eastern country.

The warning noted that Baghdad International Airport has been hit by mortar rounds and rockets.

The embassy said its ability to provide consular services to U.S. citizens throughout Iraq, including Baghdad, is “particularly limited” given the security environment.

It advised citizens to avoid areas near the Syrian, Turkish or Iranian borders, which it says are “especially dangerous and not always clearly defined.”

The warning said U.S. citizens who choose to travel in Iraq should be aware that Iraqi authorities have arrested or detained U.S. citizens whose travel purpose was not readily apparent. It said people have been detained for taking photographs of buildings, monuments and other sites. 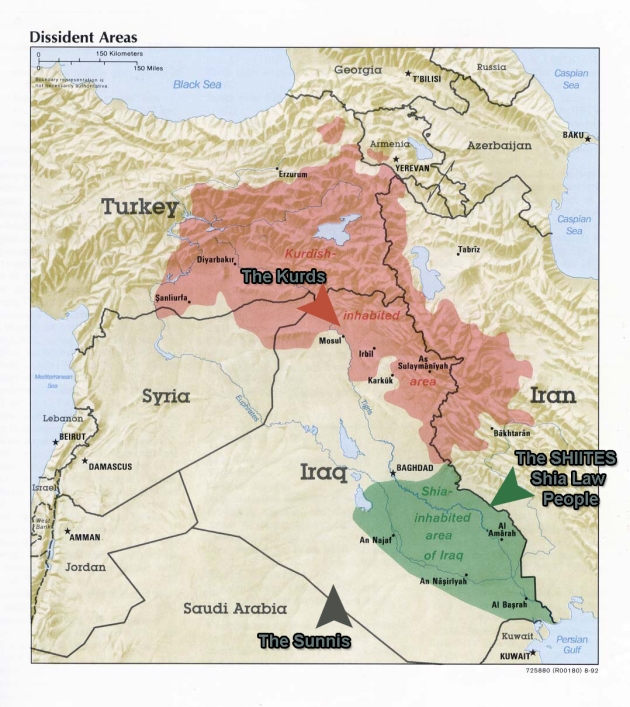 Why? To Launch Further Terrorist Attacks Against Syria For Rothschild Banking Control.

Hadiths from Ali, the Shiites’ 1st Imam, also state that a sign of the coming will be The Fall Of The Walls Of Damascus, Syria.

Is “Shiite” and “Shia” the same thing?

Yes, they are the same thing, but Shiite (Shiite Muslim) is the American version of the Arabic adjective Shi’i (someone who is of the Shia sect) . The word “Shia” is short for “Shiat Ali (the party of Ali)”. So, Shiite would be considered the correct way of referring to someone who follows the Shia sect in the English language. As for Arabic, Shi’i would be the adjective while Shia would be the noun. The same as one who follows the Sunnah is referred to as Sunni. This is Shiite Islam!

The hatreds between the Shiite and Sunni sects go back 1,400 years to the bloody succession struggle after the death of the Prophet Mohammad, and that sectarianism is now defining the civil war in Syria as well as the larger power struggle across the Middle East. Guess who’s using this division to their advantage for banking control? 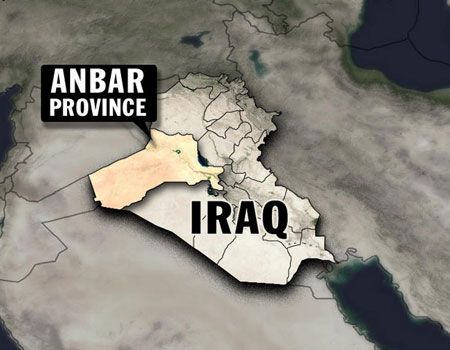 The Muslim Brotherhood & CIA’s made up al-Qaeda [CIA_duh] group are both Shiite extremist political movements working for the NWO banking cabal to further their agenda of banking domination in the Middle East. Anbar province in Iraq is dominated by the Sunnis who are being wiped out by the U.S. supplied cover groups [Muslim Brotherhood & al-Qaeda] so as to control Anbar Iraq Syrian border for staging covert terrorist attacks against the Syrian government.

Ironically, the only aggressive war that has expanded Iran’s regional influence was launched by the neocon side of NWO in 2003 when President George W. Bush invaded Iraq, ousted the Sunni dictator Saddam Hussein, and enabled the Shiite-dominated government of Prime Minister Nouri al-Maliki to take over.  Iraq: Obama’s Big Lie

“My motivation is a sense of duty toward my religious faith to fight against any hostile enemy of Islam.”

Of course you can find many places on the internet that labels the Brotherhood & al-Qaeda as sunni ideology, its just not so.

The Anbar province is already dominated by Sunnis, NWO’s best spin is that Terrorist Sunnis in Anbar want to annex Peaceful Sunnis in Anbar as one group controlling Syrian/Iraqi border. On the face it makes no sense.

Why would Anbar Sunnis Kill Anbar Sunnis to be on the Syrian border when they are already there? They wouldn’t.

The terrorists in Anbar are the NWO’s Islamic Political Headcutters of Sharia [Muslim Brotherhood & CIA’s al-Qaeda] who are attempting to annex Anbar to NWO’s Sharia political group for border control.

This is just another example of establishing NWO Modus Operandi of “Fast & Furious” in the Middle East. They are using U.S. supplied military equipment and they want to be able to more easily infiltrate these “Assault Weapons” for the over throw of President Assad. Why? For NWO Bank Control.

No matter what, The U.S. is there under false pretenses starting with Bill Clinton then to George Bush, and now with Barry Soetoro.

In fact, it really doesn’t matter sunni or shiite ~ what matters is, is that conveniently there is a storyline thats based upon controlling Northern Anbar Province. Its not an Eastern, Western, or Southern Province, Its a Northern Province named Anbar and it is on the Syrian border.

And all of a sudden there is a terrorist annex operation taking place in Iraq.

Thats all that matters! 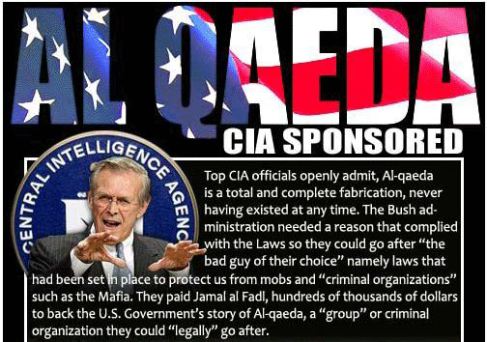 Ashti Hawrami, the Kurdish Regional Government’s natural resources minister, said at a news conference last month that the 40-kilometer pipeline would have a capacity of 300,000 barrels a day.

Mehmet Sepil, president of London-listed Genel Energy, said at the same conference that the pipeline from Dohuk to Fishkabur on the Turkish border would carry 200,000 barrels per day from its Tawke and Taq Taq fields. Turkey’s 83,000 mosques standing virtually empty!

The Iraqi official said the Kurdish oil would be metered when it feeds into the main pipeline near the Turkish border and again when it arrives at Ceyhan.

Obama Does To King Abdullah II Of Jordan

What He Did To President Mubarak Of Egypt 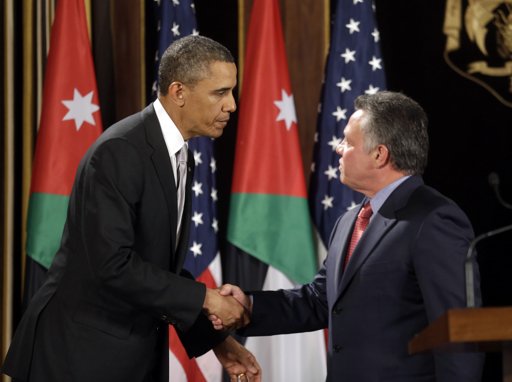 Obama’s 24-hour stop in Jordan marked his first visit to an Arab nation since the 2011 Mideast protests began. Jordan’s monarchy has clung to power in part by enacting political reforms, including parliamentary elections and significant revisions to the country’s 60-year-old constitution. Sound Familiar Folks?

Nihad Mossa, director general of the Ministry of Oil’s State Company for Oil Projects (SCOP), told The Jordan Times on Monday that Jordan and Iraq have signed an $18-billion agreement to build a 1,056 mile double pipeline that will supply Jordan with crude oil and natural gas. 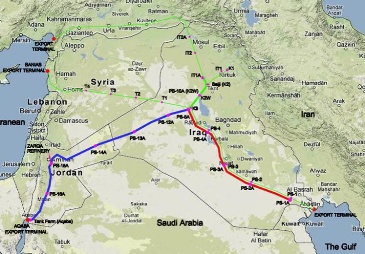 FROM BASRA, IRAQ TO AQABA, JORDAN. THE 1,056 DOUBLE OIL PIPELINE

BY PASSING THE GULF.

He added that the Iraqi government is keen to proceed with the plan and will begin immediately. The 1,680-kilometre double pipeline will pump one-million barrels of oil a day from Basra on the Arabian Gulf to Jordan’s Aqaba Port, and around 258 million cubic feet of gas.

From this, 150,000 barrels of oil will be used in Jordan, with the rest exported through Aqaba, generating an estimated $3 billion a year in revenues for Jordan, reports Al Bawaba. Approximately 100 million cubic feet of natural gas will fulfil Jordan’s gas requirements, with “the excess gas [being] used in pumping stations along the double pipeline”.

Thamer Ghadban, chief adviser to Iraqi Prime Minister Nouri Al Maliki and former oil minister, said that Jordan is the “nearest” country to Iraq, which is looking forward to enhance its relationship with neighbouring countries.

Ghadban added that Iraq has now a new vision to separate the political situation in the region from its economic plans, under which Baghdad is seeking to promote its oil, especially as Iraq is considered OPEC’s second exporting member. 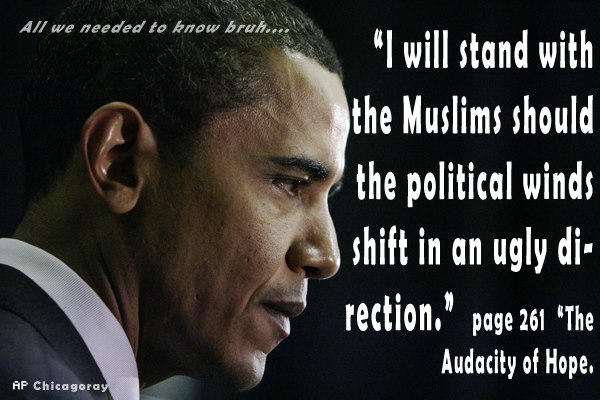 The Iraqi government will finance the building of the section from Basra to Haditha on a EPC (engineering, procurement and construction) contract, while the Haditha-to-Aqaba section will be built on a “build, operate, transfer” basis.

“This week we will invite selected companies to bid for the pipeline from Basra to Haditha and by the year-end we expect the designs to be ready for this part in order to proceed with the process,” Mossa said.

In the first quarter of 2014, a tender will be floated to build the pipeline from Haditha to Aqaba, Mossa said.

The project, which includes extending a sub-line to Jordan’s sole refinery in Zarqa, will be operational by the end of 2017, and will create about 10,000 jobs in Iraq and Jordan. 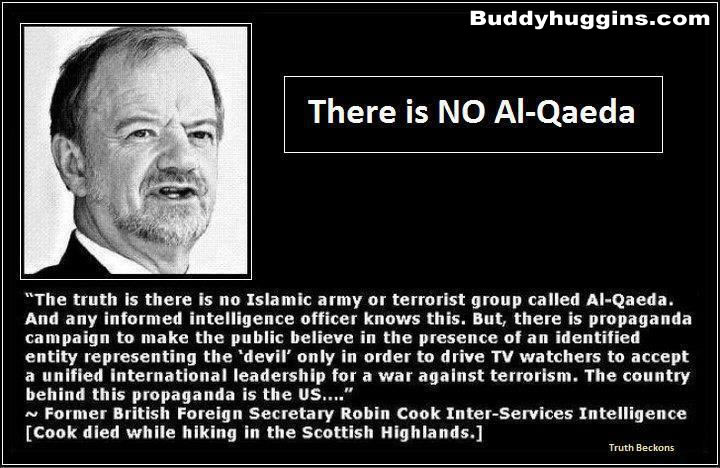 BUT LEST WE FORGET

~ OUR CORRUPT CONGRESS WENT FULL SPEED AHEAD IN AN ATTEMPT TO SECURE THE MIDDLE EAST POLITICAL ACTIVIST FACTION OF THE NWO IN EGYPT, BY SENDING THEM U.S. MILITARY WEAPONS.

IN SHORT ~ OUR CORRUPT CONGRESS LOST TO THE COMMON SENSE OF THE EGYPTIAN PEOPLE AND DETHRONED MUSLIM BROTHERHOOD’S PRESIDENT OF EGYPT MOHAMMED MORSI WHO NOW SITS IN AN EGYPTIAN PRISON.

THIS IS EXACTLY WHERE THOSE WHO VOTED TO SEND 200 ABRAM TANKS AND 20 F-16 FIGHTER JETS TO THE MUSLIM BROTHERHOOD SHOULD BE.

THIS IS HOW THEY CONSPIRED TO SUPPORT ROTHSCHILD’S MUSLIM BROTHERHOOD IN EGYPT.

THE MUSLIM BROTHERHOOD WAS THROWN OUT AND INTO PRISON BY THE EGYPTIAN PEOPLE AND THE BROTHERHOOD’S MOHAMMED MORSI WHO WAS SEATED AS PRESIDENT BY ROTHSCHILD WAS HIMSELF THROWN INTO PRISON FOR INCITING MURDERS AGAINST CHRISTIANS IN PARTICULAR AND  SOVEREIGNS IN GENERAL.

NOW THIS POLITICAL MIDDLE EAST FACTION OF ROTHSCHILD HAS MOVED NORTH INTO TURKEY AND JORDAN WHERE THEY ARE FORCING PRESIDENT MALIKI TO PUMP OIL NORTH INTO TURKEY/JORDAN WHICH ALSO MAKES IT EASIER FOR THE CHINESE TO LOAD THEIR SHIPS WITH OIL.

I WILL NOT BE SURPRISED TO SEE THE SOUTHERN PORTS OF IRAQ JAMMED UP BY WAR, ONCE THEY GET THE NORTHERN PIPELINES FUNCTIONING AROUND THE CLOCK. – Volubrjotr

The Iraq War: 10 Years Later, Where Do We Stand? 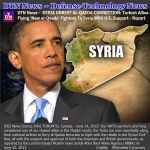