Egyptian President Mohamed Morsi has now put himself in position to consolidate the Muslim Brotherhood’s control over Egypt.

In addition to sacking Tantawi, Morsi forced the resignation of the chief of staff of the army as well as the heads of the air force, navy, and air defense forces. This bold move amounts to a counter-coup against the “slow motion coup” that the military staged by stripping Egypt’s new parliament and presidency of most of their power shortly before the June presidential runoff election.

Morsi opportunistically exploited the army’s embarrassment over last week’s terrorist attacks by Islamist militants, which killed 16 Egyptian border guards in the Sinai. The decapitation of the top ranks of the armed forces allows Morsi to place his own Muslim Brotherhood candidates in key slots and reduce resistance to the radical political program of Morsi’s Muslim Brotherhood.

Morsi’s Islamist-dominated government has also cracked down on Egypt’s media. State prosecutors recently announced that two Egyptian journalists will be put on trial for “insults” to the president.

As The Heritage Foundation has repeatedly warned, the Muslim Brotherhood is systematically clamping down on Egyptians’ political, social, and cultural freedoms. Yet the Obama Administration continues to court it as a partner.

The big losers will be the Egyptian people, whose aspirations for freedom and democracy are likely to get lost in the shuffle. But the United States and its allies—particularly Israel—are also likely to find their national interests undermined by the anti-Western animus of Morsi’s Muslim Brotherhood.

Egypt’s Massacre of ChristianWhat Obama Does Not Want You To Know! 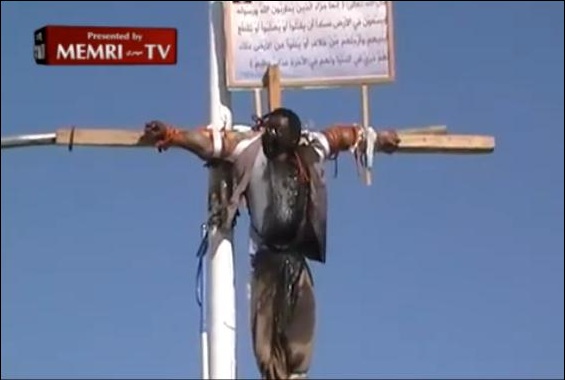 <nyt_text>The Obama administration notified Congress on Friday that it would provide Egypt’s new government an emergency cash infusion of $450 million, but the aid immediately encountered resistance from a prominent lawmaker wary of foreign aid and Egypt’s new course under the leadership of the Muslim Brotherhood.

The aid is part of the $1 billion in assistance that the Obama administration has pledged to Egypt to bolster its transition to  after the overthrow last year of the former president, Hosni Mubarak. Its fate, however, was clouded by concerns over the new government’s policies and, more recently, the protests that damaged the American Embassy in Cairo. 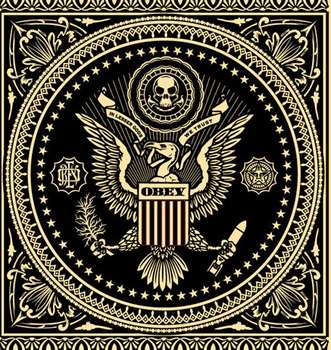 The United States Agency for International Development notified Congress of the cash infusion on Friday morning during the pre-election recess, promptly igniting a smoldering debate over foreign aid and the administration’s handling of crises in the Islamic world.

“No one can be a true Muslim and a true American simultaneously.”—Wafa Sultan

An influential Republican lawmaker, Representative Kay Granger of Texas, immediately announced that she would use her position as chairwoman of the House appropriations subcommittee overseeing foreign aid to block the distribution of the money. She said the American relationship with Egypt “has never been under more scrutiny” than it is in the wake of the election of President Mohamed Morsi, a former leader of the Muslim Brotherhood.

“I am not convinced of the urgent need for this assistance and I cannot support it at this time,” Ms. Granger said in a statement that her office issued even before the administration announced the package.

Secretary of State Hillary Rodham Clinton, speaking at a meeting of the Group of 8 nations in New York, said on Friday that the world needed to do more to support the governments that have emerged from the Arab Spring uprisings, including those in Egypt, Libya and Tunisia.

“The recent riots and protests throughout the region have brought the challenge of transition into sharp relief,” Mrs. Clinton said, without mentioning the assistance to Egypt specifically. “Extremists are clearly determined to hijack these wars and revolutions to further their agendas and ideology, so our partnership must empower those who would see their nations emerge as true democracies.”

The debate comes as the issue of foreign aid in general made an unexpected appearance in the presidential campaign.

In a speech in New York on Tuesday, Mr. Obama’s Republican challenger, Mitt Romney, called for revamping assistance to focus more on investments in the private sector than on direct aid — a shift administration officials have said is under way.

While Mr. Romney did not address aid to Egypt directly, he cited Mr. Morsi’s membership in the Muslim Brotherhood as one of the alarming developments in the Middle East, along with the war in Syria, Iran’s pursuit of nuclear weapons and the killing of the American ambassador to Libya.

“A temporary aid package can jolt an economy,” he said. “It can fund some projects. It can pay some bills. It can employ some people some of the time. But it can’t sustain an economy — not for long. It can’t pull the whole cart, because at some point the money runs out.”

The $1 billion in aid, announced by Mr. Obama in May 2011, was initially intended to relieve Egypt’s debts to the United States, though negotiations stalled during the country’s turbulent transition from military rule to the election of Mr. Morsi this summer.

In recent weeks, negotiations over the assistance picked up pace, and the administration decided to provide $450 million instead, including $190 million immediately, because the country’s economic crisis has become acute, with an estimated budget shortfall of $12 billion.

The assistance outlined in letters to Congress on Friday would be contingent on Egypt’s setting in motion economic and budgetary changes that the International Monetary Fund is now negotiating as part of a $4.8 billion loan.

The administration has also thrown its support behind that loan, and officials said they hoped it would be completed before the end of the year. A $260 million infusion would come when the much larger loan is completed, according to officials familiar with the package. By law, all assistance to Egypt is contingent on the country’s meeting certain requirements, including adherence to basic democratic values and the Camp David peace treaty with Israel.

The protests over an anti-Muslim video and the storming of the American Embassy in Cairo on Sept. 11 came even as senior White House and State Department officials led a large business delegation to promote economic assistance and trade in Egypt.

The $1 billion in assistance has been cobbled together from funds already appropriated by Congress, but the administration is required to notify lawmakers of its intention to release any of the funds. Ms. Granger presumably can put a hold on that release and pursue legislation to reverse the appropriation.

Mrs. Clinton lobbied lawmakers last week during closed-door briefings that focused on the tumult across the region, including the attack at the American diplomatic mission in Libya that killed Ambassador J. Christopher Stevens and three other Americans.

In addition to the $1 billion in assistance, the administration is working with Egypt to provide $375 million in financing and loan guarantees for American financiers who invest in Egypt and a $60 million investment fund for Egyptian businesses. All of that comes on top of $1.3 billion in military aid that the United States provides Egypt each year.

A senior State Department official said that the administration would consult with members of Congress in the days ahead “to make the case that this budget support is firmly in U.S. interests in seeing peace, stability and democracy in Egypt and the wider neighborhood.”