In the corridors of Western power, Vladimir Putin is not popular. He has a disconcerting habit of getting things done.

Putin, a Russian patriot, started to reshape covert geopolitical power structures when he and his colleagues moved to stamp out the influence of the Rothschild and Rockefeller syndicate maggots at work inside Russia after the collapse of the Soviet Union in 1989-90.

These parasites, mostly oligarchs, mummy-got-me-ready chess players, and P2 Lodge mafia proxies, were agents of the G7 Nazi continuum. Their aim was to secure Russian oil and gas to prop up the US petrodollar Ponzi nexus. They failed and, from 1998 onwards, Vladimir Putin made sure that they failed publicly.

Just as the Soviet Union was deliberately collapsed by the G7 élite syndicates, it had been deliberately constructed to fail by a previous generation of those same puppeteers many decades earlier.

The EuroZone was another bankster toy. Manufactured to launder unbacked fiat paper currency to Asia, it is now being collapsed by the very same banksters who set it up in the first place.

In Western fractional banking, it doesn’t matter whether you build up or whether you smash down; you make big money each way and in the process you generate useful debt to control sovereign treasuries.

After each collapse there is a fire sale. If you’re a banker, you don’t just buy the dips; you create the dips. Money is the mechanism which makes people poor.

With China and one hundred and eighty other BRICS alliance nations, Putin’s Russia is teaching the G7 Nazi continuum a rather obvious lesson: fiat paper currencies are not money; gold is money.

What is happening worldwide now is that the BRICS nations are accumulating gold and beginning the process of freeing up the trillions (some say quadrillions) of dollars’ worth of suppressed gold held outside the markets in the Global Collateral Accounts. 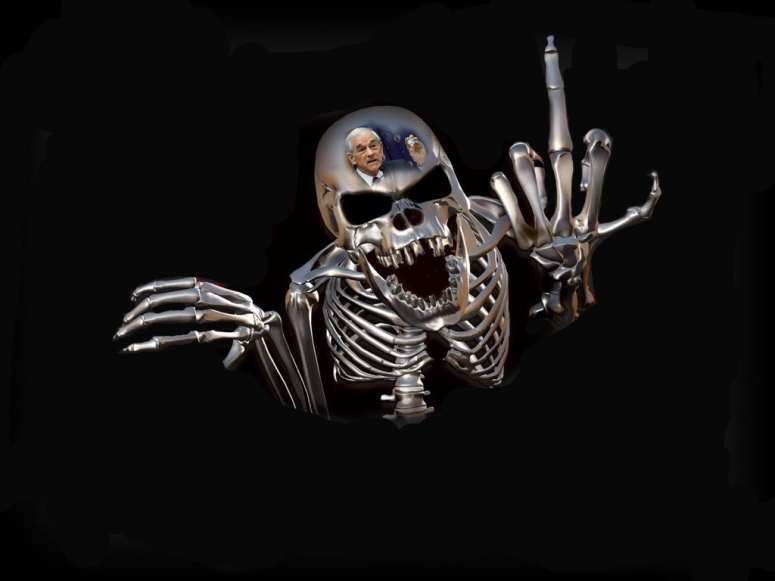 The G7, scenting the inevitable capitalist end-game, is rushing around trying to counter the BRICS alliance initiatives by rigging the markets to keep the price of gold down, by printing trillions of new fake dollars and euros on QE computer screens, by squeezing Western taxpayers with a media-backed austerity charade, and by accumulating off-ledger black-screen accounts which contain impossibly vast quadrillions and quintillions of notional syndicate wealth such as that found in the Committee of 300’s White Spiritual Boy and Spiritual Wonder Boy accounts. More here, here and here.

Some say it all started with the Monaco Accords in August 2011;

others say it started with the World War Two victors’ carve-up at Bretton Woods in 1944.

Still others say that it died with America’s assassination of her own President in Dallas, Texas, in November 1963. John F.Kennedy had become too friendly with M1 in Indonesia for Shylock’s liking. For the greater good of Western banking, it was time for him to die.

What has all this got to do with Putin and Morsi in Egypt in 2013?

the G7 banking syndicate versus the rest of the planet.

Schumer, Pelosi, etc etc Eating Crow On This One!

The outfit expediently fronted by Mohamed Morsi in Egypt, and now called the Muslim Brotherhood, was founded in 1928 as an Islamic revivalist movement with a Wahhabi/Salafi tribal exclusivity.

It came into being following the collapse of the Ottoman Empire and the subsequent banning of the caliphate system of government which, the story runs, had united Muslims for centuries.

In fact, Muslims, like Christians and Jews, had never been united and rarely passed up an opportunity to persecute, torture or murder their faith opponents in other Islamic culti.

As a vehicle of intolerance, spiritual fascism and social agitation, the Muslim Brotherhood was perfect for sophisticated Nazi manipulation.

Just before and during the Second World War, the Nazis covertly took over the Muslim Brotherhood and turned it into a controlled terrorist organisation.

The Third Reich used the Muslim Brotherhood to provide expendable and uncritical cannon-fodder to fight against British and French colonial influences in the Middle East.

The Nazi-continuum (the élite Nazi diaspora) [Rothschildism] is still embedded in several major Western governments, is still protected by rogue factions within their national security cadres, and it has kept the Muslim Brotherhood running in the background ever since.

In the Western view, the radical ‘Islamists’ are useful fools to be manipulated, they don’t cost much, and they can be made angry easily.

The Muslim Brotherhood, unbeknown to most of its current members, is a long-established Middle Eastern street gang which works for the Western banking syndicate to create opportunities for financial profit by fomenting unnecessary international conflict.

Its Egyptian branch, when briefly in government for a year between June 2012 and July 2013, lined up publicly with the private armies of the G7 war profiteers in an attempt to destabilise Syria.

The plan was plain.

Once Assad had gone, and the country was in ruins, its banks could be looted, its oil and gas could be stolen, foreign military bases could be established for drug trafficking purposes, and Qatar and Saudi Arabia could build their gas pipeline through Syria, unopposed, to supply Europe and support the US petrodollar scam.

The word on the block is that Angela Merkel of Germany is quietly pursuing an Ostpolitik with Russia of the kind which was originally initiated by Willy Brandt in the 1960s. This will result in a Russian/German-led Eurasian Union being slipped into place by 2015.

In the lead up to this long-desired Eurasian outcome, a new, strong currency DeutschmarkZone in Northern Europe is likely to emerge, involving Germany, The Netherlands, Luxembourg and Finland. France will be consigned to the outer darkness of a local and much-devalued French Franc. And Greece, Spain and Italy? They can eat olives. The Western banks have finished with them.

The brief thirteen month Muslim Brotherhood spell in Egyptian government was ended at the beginning of July 2013 by a cackhanded and anti-democratic military coup.

If ever practical proof was needed that the Egyptian revolution was as yet incomplete, this was it.

Among avoidable own goals scored by the Egyptian military at this juncture was the partisan suppression of Islamic media outlets, along with CNN and al-Jazeera TV, and the appointment of Mohamed ElBaradei as deputy interim president.

Indeed, ElBaradei would have been shoehorned in as interim prime minister had not the Salafi Nour party strenuously blocked the appointment.

ElBaradei is well known in Middle Eastern diplomatic circles for being a bought-and-paid-for asset of Western intelligence and corporate interests.

More background information about the new emerging geopolitics and related disclosures can be found: