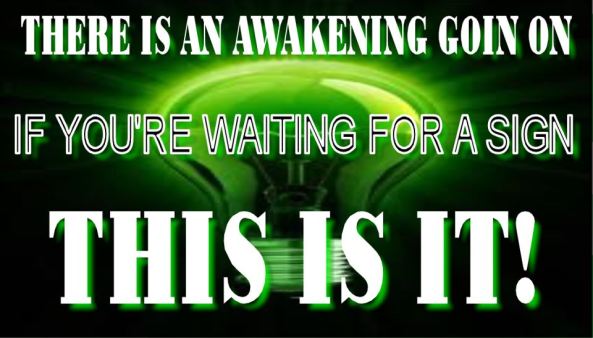 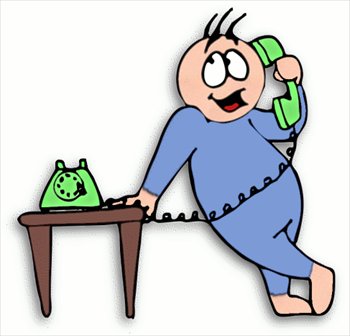 A lawyer, an Illegal alien, a pathological liar, and a
Communist walk into a bar.

-What it’ll be Mr. President?

Demanded immediate hearing on the issue of Barack Obama’s use of forged IDs and a CT SSN, which failed both E-Verify and SSNVS, as well as criminal complicity and cover up by high ranking officials of the U.S. Government, Social Security Administration and employees of a number of courts.

Over 34,000 citizens signed this petition as can be seen on OrlyTaitzESQ.com.  34,000 U.S. citizens are demanding an immediate hearing on this most important issue of elections fraud, forgery and treason. 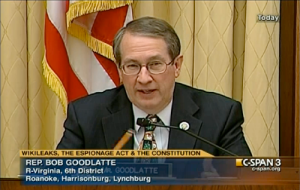 Attention Judiciary Committee of the U.S. House of Representatives

OF ADDRESSES AT BOTTOM OF PAGE!

I made my call ~ Volubrjotr 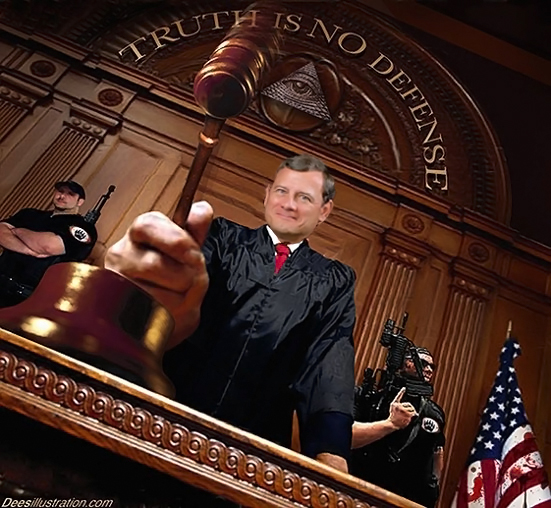 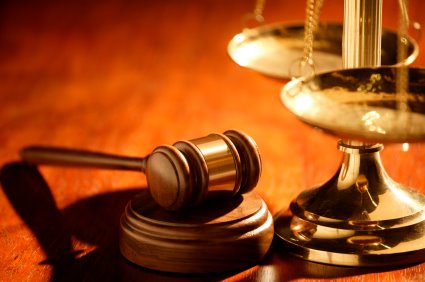 Attorney Orly Taitz continues with the demand for the Judiciary Committee to investigate the fact that 5 out 9 Justices of the Supreme Court never saw the casesupposedly heard in conference by the Supreme Court and all 9 never saw the supplemental brief filed with SCOTUS, as 5 original sets of briefs were sent  back and all supplemental briefs were sent back and never docketed.

Overwhelming and never refuted evidence shows Barack Obama using a Connecticut Social Security number 042-68-4425, which was never assigned to him according to E-Verify and SSNVS. Sworn affidavit of Chief investigator of special Investigations unit of the U.S. Coast Guard shows Obama using a forged Selective Service Certificate and multiple experts showed the alleged copy of Obama’s birth certificate to be a forgery. In a case in MS, which included the RICO charges, Obama’s personal attorneys submitted a new copy of the birth certificate, which according to experts represents a forgery of a forgery, which was made to minimize the white halo   effect around the letters. This white halo effect created by computer manipulation made the initial forgery released on April 27, 2011 a complete joke.

For four and a half years now in spite of multiple legal actions, not one single judge or jury ever saw an original 1961 birth certificate for Obama, original selective service certificate or original SS-5 application for the Social Security number 042-68-4425, which Obama claims to be assigned to him.

Current policies and proposals by Obama devalued the U.S. dollar by incurring 6.5 trillion  debt in 4 years, this devalues the savings of every American. Recent proposed for a sweeping amnesty for at least 11 million illegals (real number range from 30-42 million illegals residing in the U.S.) will further destroy the U.S. job market and further bankrupt the U.S. economy. Recent proposals limiting the second amendment rights will take away the citizens rights to fight the dictatorial regime.

We have a citizen of Indonesia Barry Soebarkah, aka Barry Soetoro, claiming to be Barack Obama, who is usurping the U.S. Presidency with forged and stolen IDs. Obama defaulted in the Eastern District of California. Commissioner of Social Security defaulted in two cases: in MS and DC. both obama and Commissioner of Social Security  have nothing to negate the evidence against them.

Please, remember Nixon was forced to resign 6 month after he was reelected. It is up to you, up to each and every American to fight this criminal enterprise ruling the country and regain some decensy and some constitutional and civil rights. If you do not fight for your rights, the ruling criminal enterprise will take away more and more of your rights.

Liberty does not come cheap, you have to fight for your rights. Every American has to join the protests in front of the Federal buildings, offices of congressmen and senators and demand immediate hearing in the US Congress of Obama’s use of forged and stolen IDs. Now there are over 33,000    signatures on the petition by attorney Taitz for the U.S. Congress to investigate Obama’s fored IDs. To sign the petition, please, go to the website OrlyTaitzESQ.com. In the right upper corner of the first page of the web site  there is a picture of statue of Liberty with a red button “take action”. Please, click that button, it will lead you to the petition.

Every American citizen is urged to call each and every member of the U.S. House of Represntatives Committee for the Judiciary and demand investigation of Obama’s use of forged IDs and a stolen SSN.

Every American is urged to protest in front of the outlets of the controlled and censored puppet U.S. main stream media, which is indistinguishable in its emptiness from the official media of the Stalinist Soviet Union, Maoist China, Jihadist Iran or NAZI Germany in 1930s. If we do not protest this power grab by this foreign national with forged IDs Soebarkah-Soetoro-Obama, United States of America will resemble Germany in 1940s.

An official complaint of deprivation of the civil and constitutional rights in the United States, including the right to participate in lawful eletions is being filed with the Inter American Commission for Human Rights.

EMAIL -> The Congress Judiciary Committee And Ask Them To Investigate Treason, Fraud, and Obstruction of Justice With Regards To Obama!

COPY THIS LETTER INTO AN EMAIL AND THEN GO BELOW AND COPY ALL THE EMAIL ADDRESSES AT ONCE AND PASTE THEM ALL INTO ONE EMAIL.

Please initiate immediate a hearing on the issue of Barack Obama’s use of forged IDs and a CT SSN, which failed both E-Verify and SSNVS, as well as criminal complicity and cover up by high ranking officials of the U.S. Government, Social Security Administration and employees of a number of courts.
Investigation to start with these:

1.  Is  Harry J. Bounel the President of the United States who filed his 2009 federal tax return using his lawfully issued Social Security #042-68-4425?   AND, why is Barack H. Obama II aka Barry Soetoro using on his 2009 federal tax return a stolen Social Security #042-68-4425, that belongs to one of his wife’s relatives named Harrison J. Bounel whose date of birth was 1890?
2.  Barack H. Obama II aka Barry Soetoro admitted in 1991 publication of his bio that he was born in Kenya and raised in Hawaii.  Since then his grandmother provided his Kenyan birth certificate and stated she was present at his birth in Kenya;  and Obama/Soetoro and Michelle Obama have stated that Kenya is the land of his birth; and Prior to Obama’s ensconcement to the White House, many international stories also stated that Obama was Kenyan-born as did members of Kenya’s legislative assembly who celebrated for the record about their Kenyan boy who rules the United States of America.

Furthermore, it has been reported that Obama administration has paid nearly $4 billion dollars for capital projects in Kenya since Obama usurpation of POTUS.    Obama’s Hawaii birth certificate is an obvious fraud and a forgery, his Selective Service registration are destroyed by Obama’s EO, Obama’s SS# failed when checked through both  E-Verify and the Social Security Number Verification  Service.
3  Does this Judiciary Committee agree that anyone who obtained a federal government position of employment without verification of their identity should be immediately arrested and investigated as a possible domestic terrorist, and why are so many records destroyed or unavailable:  Obama’s mother’s passport records before 1965 were destroyed;  immigration records from August 1961, and Obama’s selective service application destroyed;  and, Obama’s purported original birth certificate of Hawaii is non-existent and a forgery is presented —even Hawaii governor Abercrombie admitted he could not find Obama’s BC in Hawaii;  Obama’s Social Security number is a stolen Connecticut SSN 042-68-4425 which was originally issued to Harrison J. Bounel who was born in 1890?
4.  What passport did Obama/Soetoro use when you traveled to Pakistan in 1981?
5.  Why did Obama sign the EO to extend Secrete Service protection for himself and W-Bush for Life instead of leaving it at 10-years?  Protecting elite CRIMINALS ? !!
6……etc, etc 1000 at least more questions to investigate about the Fraud President Barack H. Obama II
And, Impeach his now.  AND  ARREST Obama NOW into custody of US Marshalls in solitary until trial as domestic terrorist! 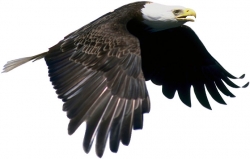 Please forward this message to all of the below current Representatives and Senators.

Find your Senators & Representatives in the directories below and send them the letter!

Senators of the 113th Congress 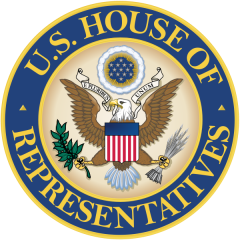 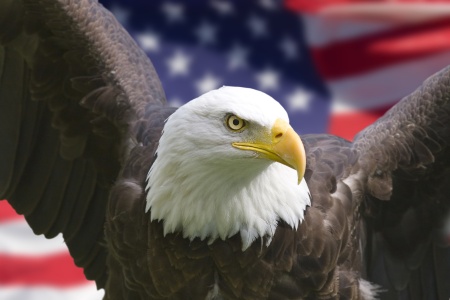 Ms. Rexrode
Please pass this message to Chairman Goodlatte: Sir, I am a 26 year military veteran (retired) and not prone to rush judgments. I have looked at in detail the documentation  that Attorney Orly Taitz has accumulated regarding President Obama’s eligibility to serve in that office. I have watched with increasing alarm as those in our government and particularly our judiciary at various levels have chosen to ignore the evidence and instead attack the messenger or resort to technicalities to avoid doing their job.
I am more concerned now about the future of our country than I have ever been. The media of course is so biased as to be not even worthy of listening to. Letters I have written to my representatives have resulted in just boilerplate replies none of which confront the issues. It is way past time to address this concern head-on and quit worrying that others will call us “birthers” or other stupid things. I prefer they call me a “truther” because that is what I am after. Only YOU can get to the truth. We 300+ million citizens rely on YOU 500+ government representatives (Exec, Congress, SC) to do what is right.
Please investigate at once the processes used by the administrators and the justices themselves to review this case (Noonan et al). What has apparently happened so far is frightening. We all took an oath to support and defend our constitution. Those who do not do so or who believe it is their job to ignore and change our constitution should do the honorable thing and immediately resign.
As Gen MacArthur said;

” a million ghosts” will rise up shouting “Duty Honor Country”.

You must look at every shred of evidence regarding President Obama’s SSN, his Selective Service Registration, his student status, and the other issues raised by Ms. Taitz (who has nothing to gain from this and has been subjected to cruel and vile ridicule) and the experts involved.
I could care less what his grades were.

My opinion is he should be proud to show his accomplishments at college as an example to all our children of what can be done if we work hard.

But he seals his up so no one can see. Why? Time will eventually tell us, but I do not believe we can wait long. The future of our children is at stake. The Supreme Court must be investigated now.
Thank you,
Richard Brewer, COL (Ret) USAF
San Antonio TX 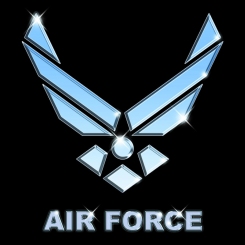