Ukraine President Viktor Yanukovych Said No to European Union in 2013

This is why The NWO overthrew Kiev, Ukraine and Ousted Constitutionally Elected President Viktor Yanukovych.

At least so far. On November 21, Ukraine abandoned an expected EU alliance. It did so in the interest of “national security,” it said. It intends renewing “active dialogue” with Moscow.

EU foreign policy chief Catherine Ashton lied calling it a “disappointment for the people of Ukraine.” Signing the pact “would have provided a unique opportunity,” she claimed.

For the EU perhaps. Not for Ukraine. A November 28 Vilnius Eastern Partnership conference signing ceremony was planned. No longer.

Signing the deal would be disastrous for Ukraine. It dodged a bullet by refusing. It did so at the EU’s expense. It did the right thing.

Exploiting them for profit is planned. Ukraine’s refusal disrupts things. Perhaps other targeted countries will reconsider.

At this time, Georgia and Moldova intend to sign on. It’s in their best interests not to. It’s their choice either way.

Compounding it could cause explosive conditions. Politicians worry most about staying in office. Angering most people is no way to do it.

Ukraine is vitally important to Russia. Both countries maintain close economic ties. It’s in their mutual interests to continue them.

Moscow supplies about 90% of Ukraine’s gas. Its strategic location gives Russian vessels access to the Black Sea and Mediterranean.

“How long can this go on,” he asked? Seventeen Eurozone countries represent its weakest link. More on that below.

Lee quoted The Economist. It criticized EU leaders for “sleepwalking through an economic wasteland.”

Half of new Greek HIV cases are self-inflicted. It’s done to get 700 euros in monthly benefits. For how long remains to be seen. Desperate people do desperate things. According to Lee:

“(I)t’s time to throw out the EU project itself. The whole thing, root and branch.”

Unemployment keeps rising. It’s at Depression era levels in some countries. It was last seen in the 1930s.

Youth unemployment is especially troubling. Young people across much of the continent have no futures.

“A system whose officials are responsible for the region’s faltering economies but who are not accountable to the tens of millions of unemployed people in them, is obviously exacerbating those tensions rather than alleviating them,” said Lee. 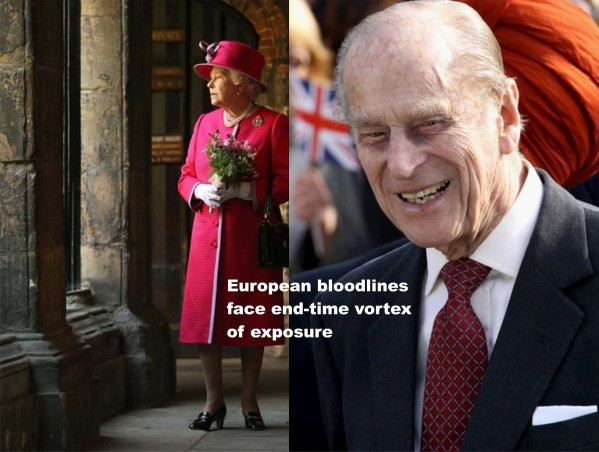 The prospects for effective EU integration “are slim to none,” he added. EU officials muddle along destructively. They turn a blind eye to failure.

Monetary union was doomed to fail. It was engineered fraudulently to look workable.

In 1979, Europe’s Exchange Rate Mechanism (ERM) was introduced as part of the European Monetary System (EMS). It’s purpose was to propel the continent to one European currency unit (ECU).

It’s win-win for bankers and other corporate predators. It’s lose-lose for economies and most people in them. It’s a dirty game. An eventual bad ending is certain.

Rising unemployment means less purchasing power. When people have money in their pockets they spend it. Otherwise they conserve. They struggle just to get by.

Bernard Connolly is a British economist. He predicted the euro’s failure. He did so before its introduction.

He called it a harebrained notion doomed to fail. Saying it cost him his job. Last February, he predicted much more pain ahead. Europe is slowly rotting away, he believes.

Conditions are “getting worse and worse,” he said. Two immediate solutions aren’t pleasant, he added.

Either Germany pays “something like 10% of (its) GDP a year, every year, forever” to crisis-hit countries, or crisis conditions too severe to control get Greek and/or other most troubled Eurozone populations to say:”

” ‘We’ll chuck the whole lot of you out.’ Now that’s not a very pleasant prospect.” Not when accompanied by mass social disruption. It’s what revolutions are made of.

Connolly is no ordinary doomsayer. He formerly headed the European Monetary System. He was a Committee of Central Bank Governors Foreign Exchange Policy Subcommittee member.

Months before the euro’s 1998 introduction, he predicted doom. He said one or more of Europe’s weakest countries would face rising budget deficits and economic trouble.

It would be all downhill from there. He described a death spiral with no escape. Sovereign default would follow. He hasn’t changed his mind. Timing alone is uncertain.

In 2003, Alan Greenspan cut interest rates to 1%. Doing so was unprecedented since the 1930s. Connolly wasn’t impressed.

He called America’s economy a debt-driven Ponzi scheme. He predicted interest rates would have to fall further. He said expect it during the next cyclical downturn. He was right.

He’s concerned about troubled Europe. It’s one thing to bail out Greece or Ireland, he said. It’s quite another to take on Spain and/or Italy.

France is most troubling. Its fundamentals are worsening. Weakened growth prospects caused it to miss its 2012 deficit reduction target. Imagine if it needs bailout help, said Connolly.

“If the Germans at some point think, ‘We’re going to have to bail out France, and on an ongoing, perpetual basis,’ will they do it? I don’t know. But that’s the question that has to be answered.”

Their response, said Connolly, “is focused on budgetary rules, budgetary bailouts and rules for the financial sector, with the prospect, perhaps, of (more) financial bailouts through the banking union, although that remains unclear.”

Even if troubled economies were undisciplined, he added, “both the sovereign-debt crisis and the banking crisis are symptoms, not causes.”

“And the underlying problem has been that there was a massive bubble generated in the world as a whole by monetary policy – but particularly in the euro zone.” ECB and Bank of England policy bears full responsibility.

Trouble began when countries like Spain, Greece and Ireland joined the Eurozone.

Their interests rates immediately dropped to near-German levels. In some cases, it was from double-digit heights.

“The optimism created by these countries suddenly finding that they could have low interest rates without their currencies collapsing, which had been their previous experience, led people to think that there was a genuine rate-of-return revolution going on,” said Connolly.

It was foolish thinking. “By the time the euro rolled around, money was flowing into these countries out of all proportion to the opportunities available,” he added.

“And what kept the stuff flowing in was essentially the belief, ‘Well, yes, there is a high rate of return in construction.’ “

It depended on “ongoing expectations” about housing appreciation. It’s “not dissimilar to what was happening to the United States in the middle of the last decade. But it was much bigger,” Connolly explained.

“If you scale housing starts by population, then the housing boom in Spain and Ireland was something like three or four times as intense as the peak of the boom in the US. That’s mind boggling.”

European banks remain distressed. Housing prices are weak. Lower rates haven’t driven investments into troubled economies. Not like they did before.

Even if ECB policy succeeds, said Connolly, it’ll only be “recreating exactly the dangerous, unsustainable situation that we had in the middle of the last decade.”

Europe’s last option is having Germany pay. It’s not likely. At some point, angry populations may halt the dirty game.

They may take to the streets and stay there. They may demand abandoning the euro disruptively. They may keep doing it until it happens.

They may vote out political parties they despise. German reunification cost West Germany about 5% of its GDP a year.

There was no end in sight at the time. Germans tolerated because doing so reunited their country.

Comparable European solidarity doesn’t exist. “There is no European demos,” said Connolly, “and you’re not going to create a demos by setting up a system in which you say, ‘We will give you money, you will follow these rules.’ ”

An eventual day of reckoning will resolve things. Perhaps it’ll be more painful than ever when it arrives.

Stephen Lendman lives in Chicago. He can be reached at lendmanstephen@sbcglobal.net.

Visit his blog site at sjlendman.blogspot.com.

It airs Fridays at 10AM US Central time and Saturdays and Sundays at noon. All programs are archived for easy listening.