Some 19 British firms are at the center of an investigation into in a mammoth global money-laundering operation. The scheme was allegedly contrived to make $20bn (£12.5bn) of ill-gotten gains appear legitimate.

The dirty money is thought to have originated from criminal gangs and corrupt officials across the globe, attempting to make their tainted money appear clean so it can be spent free of suspicion.

An investigation carried out by The Independent and UK NGO the Organised Crime and Corruption Reporting Project (OCCRP) uncovered dozens of companies in a complex global web that are implicated in the criminal scheme.

A minimum of 19 UK firms, potentially implicated in the scam, are currently under investigation. The revelations came to light on Thursday. 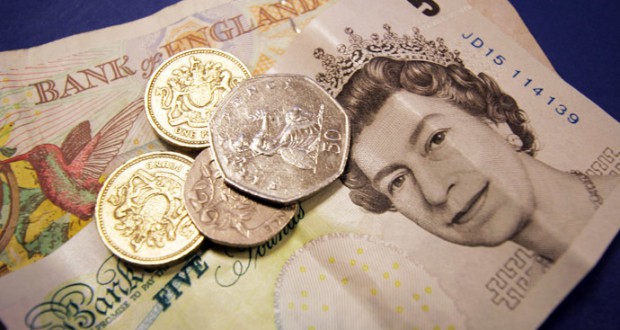 The scheme highlights how Britain’s lax regulatory architecture has made the UK a particularly alluring destination for global organized crime syndicates looking to launder ill-gotten gains.

Because directors of UK firms are afforded a high degree of financial secrecy under UK law, the identity of the primary architects behind the scam are reportedly very hard to determine.

The scheme was in operation for four years before it was uncovered in May by criminal investigators in Moldova. In tandem with Britain, the former Soviet republic was another focal point of the global operation.

Vasile Sarco, an officer at the center of the Moldovan investigation, told The Independent the dirty money was originally channeled from Russia, but that UK firms were vital to the re-routing and ‘cleaning’ of funds.

Sarco sought assistance from UK police to help decipher the British dimension of the operation.

Vital to the process of money laundering, is the creation of a legitimate facade. As a result, criminals work to cultivate documentation that indicates their tainted funds stemmfrom honourable origins.

In past cases, criminals have taken over legitimate firms for the purpose of laundering dirty money. But when illicit funds generated from criminal activity amount to billions, such straightforward schemes become impractical, and more complex laundering operations are required.

In the scam, uncovered by the Independent and OCCRP, front companies were created in Britain which conducted fake and fraudulent business deals amongst one another. These ‘shell companies’ subsequently sued one another in Moldovan courts, demanding they be repaid loans amounting to hundreds of millions of pounds.

As part of the scam, a Moldovan judge issued a ruling in favor of the claimant firm, which subsequently received a large payment from the opposing company. Related judgments resulted in the creation of court documents that legitimized such transactions.

But rather than being routed from one legitimate UK firm to another, the funds were being channeled from Russia – another international money laundering hot spot, which attracts gangs and corrupt officials from across the globe looking to ‘clean’ ill-gotten gains.

Once the illicit funds arrived in the accounts of British front companies in Moldova, the money was funneled into a bank in Latvia. Because Latvia’s banking system is integrated with the EU, and considerably well regulated, this final step bolstered the apparent legitimacy of the tainted funds.

Because of its lax financial regulation, Britain has become a focal point for money laundering schemes. Front companies can be set up on British soil with little oversight.
Similar operations, in which multiple UK companies are potentially implicated, are used by criminal gangs and corrupt officials from places as far-flung as Syria, Japan, and South America.

The launderers behind this latest scam were able to shift the jurisdiction of their lawsuits to Moldova by employing Moldovan citizens as guarantors in their fraudulent business deals. The false debts central to the operation were also guaranteed by Russian firms – from which dirty money was originally routed.

The UK firms under investigation were registered at regular office buildings in London, Belfast, Edinburgh, Glasgow and Birmingham, according to the Independent.

However, their true ownership is obscured by a web of shell companies and nominee directors in offshore tax havens, such as the Seychelles, the Bahamas and the Marshall Islands.
Nominee directors are third party individuals officially registered as administrators of offshore companies. This allows true benefactors or managers to remain entirely anonymous. They are often central to aggressive, yet legal, tax avoidance schemes.

One UK firm under suspicion for involvement in the scam has listed its shareholders as two untraceable firms in Panama and Belize. Another firm, Westburn Enterprises, succeeded in claiming half a billion US dollars from a guarantor in Russia through Moldovan courts. Despite allegedly conducting such vast transactions, the firm is registered as a small accountancy company in Edinburgh called Axiano.

Although Westburn Enterprises claims its director is Marios Papntoniou, he is merely the boss of the Edinburgh-based accountancy firm. Axiano is not implicated in any criminality, and ultimately has nothing to do with Westburn’s operations. Rather, the accountancy outfit is but one of many UK firms that legally sets up offshore companies, which are shrouded in secrecy to guarantee their anonymity.

When probed by the Independent, Marios Papntoniou declined to comment on Westburn Enterprises’ activities on the grounds of client confidentially. Papntoniou said he could not speak on behalf of his client unless asked to do so by police officials.

Another UK firm, allegedly being probed, is London-registered Valemont Properties. The address of its director, Damian James Calderbank, is listed in two Dubai office blocks and a London-based office. Calderbank is thought to be a nominee director, and utterly unaware of the firm’s activities.

Calderbank reportedly holds 21 UK directorships in Britain, has resigned from a startling 333 such positions in recent times, and was formally the director of 227 UK firms that have been dissolved. He is also a director in multiple other offshore firms, the Independent’s investigation reveals. Valemont Properties’ specially appointed company secretary cannot be questioned about the firm’s suspicious activities, according to the Independent, because it happens to be a financial vehicle located in the Bahamas, under the name Hextable Limited.
Two other UK firms under investigation are reportedly registered at addresses that correspond to PO Boxes in Edinburgh, Shepherd Market and London.

A further three firms are registered to a space in a Birmingham building, which is estimated to house approximately 1,300 firms. Documents supplied by Moldova’s Ministry of Justice reveal one of these Birmingham firms was awarded half a billion dollars in a single court decision, the Independent reveals.

‘Silver platter to the villains’

According to financial regulation experts and campaigners, Britain has long been a favored destination for foreign fraudsters and criminals to hide their ill-gotten cash. Systemic failures make it impossible to pursue the billions laundered directly into onshore British financial organizations.

In 2013, Britain’s former chief anti-money laundering officer, David Thomas, cautioned that many investigations into such scams fail to gain momentum. Thomas said the Home Office is to blame for its inadequate responses to foreign requests to track illicit funds.

While Britain’s Department for Business, Innovation and Skills has pledged to tackle financial secrecy in the UK by forcing firms to disclose the identities of corporate figures that hold over 25 percent of any company’s shares, a concrete regulatory shift is yet to emerge.

“We need a proper, concerted effort between law enforcement and Companies House, because at the moment we’re still handing it on a silver platter to the villains,” Clarke recently told the Independent 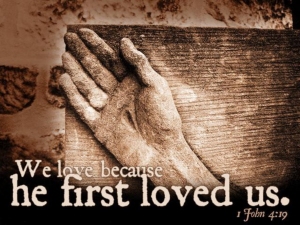