To Hide A Depression:

During the first round of the Financial Crisis in 2008 and 2009, the US private sector nearly collapsed, threatening to send the US economy straight into deep depression. We’re talking about a $1.3 trillion private sector collapse that was contained only by the government fantastically increasing the money it spent, even while tax revenues were falling.

Indeed, the creation of huge government deficits has been all that has maintained even a facade of semi-normalcy. Remove that mechanism, and it is straight to official Great Depression-level unemployment in months. 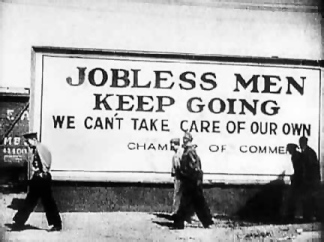 Even as the true gravity of the situation is hidden from the general public, so too is the true cost of the grossly irresponsible short-term “band-aid” that is being used to cover the hole in the US economy.

The destruction of the value of savings in general, as well as the impoverishment of Boomers and retirees in particular, is explained in my article linked below,“Hiding A Depression: How The US Government Does It.”

This is a 2010 Article that is timeless and with the stocks disconnecting so radically all the more relevant.

Hiding A Depression: How The US Government Does It