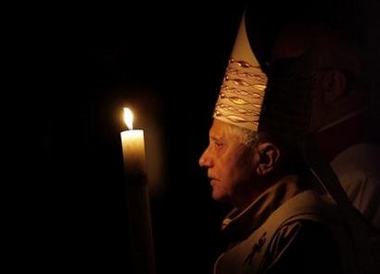 Years of pressure by US diplomats on the Vatican for stronger public support of genetically modified foods has yielded little results, said a document released through WikiLeaks, reports the Catholic News Service.

The latest batch of diplomatic cables written by officials of the US Embassy to the Vatican, released in mid-December, contained two assessments of the Vatican’s cautionary stance on biotechnology under Pope Benedict XVI.

A cable, citing embassy meetings with two Vatican officials, reported that church leaders had no great fears about the safety of genetically modified organisms, but were concerned about the economic issues involved.

The cable said Father Osborn identified the economic angle of biotech food as the main issue for the church, specifically the fear that they would make developing-world farmers more dependent on outsiders and simply serve to enrich multinational corporations.

The cable cited a separate conversation with Msgr James Reinert of the Pontifical Council for Justice and Peace, who reportedly said Vatican efforts to move forward on biotechnology were met with strong objections from some church quarters, especially in developing countries such as the Philippines.

It said Msgr Reinert had joked that the Filipino church would “go into schism” if the Vatican came out for biotech food.