Christianity in China is booming. With +130 to +180 million Christianity, far more than the 74 million-member communist party, Jesus is a force to be reckoned with in the People’s Republic. We talk to the new faithful who love China – but love God more 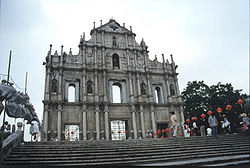 A murmur of “Amen” echoes softly down a corridor in a luxury Beijing hotel. Dozens of young Chinese are gathered in a beige-carpeted conference room to listen to the word of God. After helping themselves to hot water or tea at the back of the room, they find a seat and chatter with friends. They tuck Louis Vuitton and Prada handbags under their seats, switch their mobile phones to silent and turn to listen to a young woman who takes the microphone to ask for silence and recite a prayer.

A casually dressed, grey-haired Chinese man takes to the podium. “Let us begin with a look at the Gospel of Saint John.” There is a rustling of pages as converts and curious open their Bibles. Almost everyone in the room is scarcely a day over 30. Most look as if they are in their early twenties. They are fashionably dressed – girls with high-heeled boots, men sporting trendy knitted hats. This is Friday night Bible class in Beijing. And it is a weekend venue of choice for growing numbers of well-off middle-class city sophisticates. 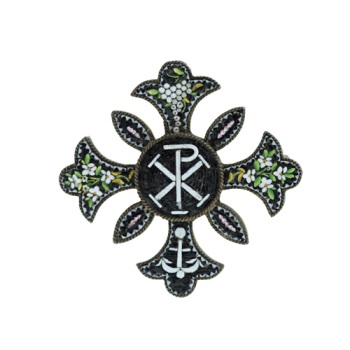 The fact that this class is technically illegal, run by pastors lacking approval from the state-sanctioned Protestant church, is not the attraction. These are not young people seeking a frisson of excitement from some underground activity. They are at the forefront of a movement sweeping China – the search for spiritual satisfaction now that Marx is démodé.

San Damiano is where Pietro di Bernardone, met with Jesus in the miraculous. Jesus told Pietro to build up His Church, Pietro believed it to be the run down Church of San Damiano, but The Christ meant The Bride Of Christ, The Catholic Church. The Holy Father also had a dream contemporaneously with Pietro’s voice from the San Damiano Cross. His dream was that a man would come to lift up the Church. These two met in Rome and The Holy Father Blessed Pietro and ordained his flock. Saint Francis and Saint Clare were both from Assisi, Italy and also very close friends. Watch the movie Brother Sun Sister Moon all about the Saint of the environment and Sister Clare. 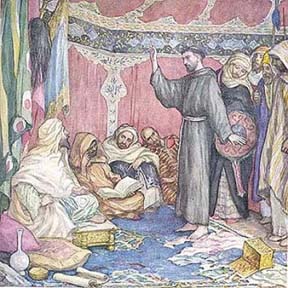 Another time was when Francis challenged the Muslim scholars to a test of true religion by fire; but they retreated.When Francis proposed to enter the fire first, under the condition that if he left the fire unharmed, the sultan would have to recognize Christ as the true God, the sultan (Malik al-Kamil) was so impressed that he allowed Francis to preach to his subjects. Though Francis did not succeed in converting the sultan at that time, the last words of the sultan to Francis of Assisi were, according to Jacques De Vitre, Bishop Of Acre, in his book “Historia occidentalis, De Ordine et praedicatione Fratrum Minorum (1221)” : “Pray for me that God may deign to reveal to me that law and faith which is most pleasing to him.”.