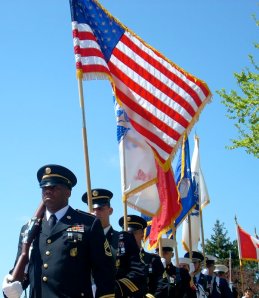 The crime of betraying one’s country, esp. by attempting to kill the sovereign (We The People) ~ or overthrow the government : they were convicted of treason.• the action of betraying someone or something : doubt is the ultimate treason againstfaith.

treason \noun \ the treason of Benedict Arnold will be recounted for centuries:

In recent times, a third term, “Lawful orders” has become common parlance for some people. All three terms are in use today, and they all have slightly different nuances of meaning, depending on the context in which they are used.

Nuremberg Principle IV is legally supported by the jurisprudence found in certain articles in the Universal Declaration of Human Rights which deal indirectly with conscientious objection.

It is also supported by the principles found in paragraph 171 of the Handbook on Procedures and Criteria for Determining Refugee Status which was issued by the Office of the United Nations High Commissioner for Refugees (UNHCR).

Those principles deal with the conditions under which conscientious objectors can apply for refugee status in another country if they face persecution in their own country for refusing to participate in an illegal war.

It is therefore ordered that the District Clerk for the Northern District of Texas shall file and seal the Amicus Curaie Brief of the Council on American-Islamic Relations in Support of the Unindicted Co-Conspirators’ First and Fifth Amendment Rights, which has been decided herein.

Hate speech?  Incitement to violence?  Sounds like it to us, but a knowledgeable Muslim would have to disagree. Why would Muslims not consider this to be hate speech?

How is it that we can post these quotes with full certainty that CAIR won’t be contacting the media (or Congress) with wild-eyed accusations of Islamophobia?

Well, for one thing, we don’t actually agree with any of these disgusting statements, of course.  But the real reason is that Muslims themselves honestly believe these quotes to be the literal, eternal word of Allah.  In fact, CAIR is promoting this hate speech on their own website!

It is actively propagating the very literature that contains these comments, even while sanctimoniously claiming that it is working against hate and violence.

But… isn’t CAIR a Muslim organization?  What’s the catch? Well, if you haven’t guessed it already, these are quotes from the Qur’an in which we’ve replaced the word ‘Christian’, ‘Jew’ or ‘unbeliever’ with the word ‘Muslim.’

Here is how they actually appear in the literature that groups like CAIR are pushing: