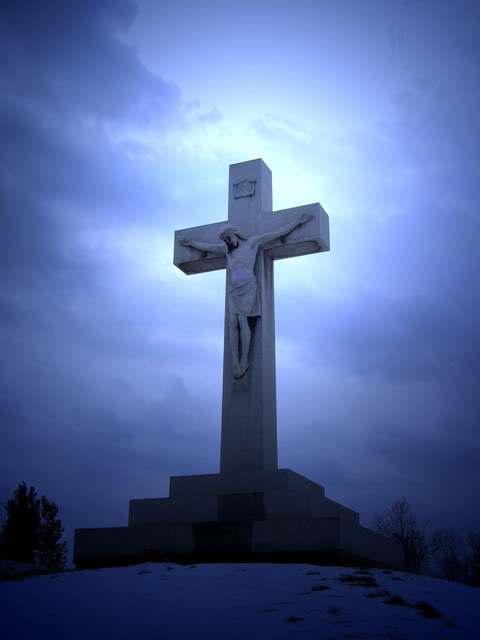 For the past few decades, Catholics have decided who wins elections nationally. After the McGovernization of the Democratic Party in 1972, Catholics were left homeless: they felt betrayed by the Democrats and were leery of the Republicans; they have been up for grabs ever since. Last night they proved once again that of the three major religions in the U.S., they are the ones that count most: Protestants never abandon the Republicans, and Jews never abandon the Democrats.

Catholics voted 58-40 for the Republican candidates last night. This was a dramatic 20-point swing from two years ago. What caused Catholics to bolt is not clear, but there is one issue that surely played a major role: the out-of-control debt. Practicing Catholics (the others should not be counted as Catholics for polling purposes) understand the virtue of self-denial, and by extension, they value belt tightening at home. What they don’t appreciate is promiscuity, be it sexual, fiscal or otherwise.

Michael Sean Winters, a liberal Catholic writer, bemoans what happened, saying that the Democratic loss means “Anti-poverty efforts are off the table.” This is cause for celebration: the anti-poverty efforts of the Obama administration has resulted in a poverty rate of 14.3 percent, the highest national rate since 1994. If a jobs-centered economic plan is adopted, the poverty rate will likely decline.

Here’s something to watch. The Department of Health and Human Services is now pondering whether to adopt the ACLU’s initiative that would force Catholic hospitals to provide emergency abortions as a condition of receiving federal funds; this would effectively close most of them. If this were to happen, a whole lot more than six in ten Catholics would vote for the Republicans in 2012. The fact that the Obama administration is even giving this serious consideration is something that every Catholic in the nation should know about. Had last night’s results gone the other way, it’s a sure bet the anti-Catholic agenda would have benefited.

Manassas, Va. — In its latest threat to the religious liberty and independence of Catholic colleges and universities, the Obama administration has issued new regulations that open the door to possible state intrusion into curriculum, student policies and hiring decisions.

The regulations issued Friday effectively force many states to increase oversight of postsecondary education through state chartering or licensing, which is a necessary condition for colleges to participate in federal student aid programs.

Most Catholic colleges accept low-cost federal student loans and grants. If forced to forego federal aid, these colleges would be at a disadvantage in recruiting students.

“The door is opened for state politicians and bureaucrats who would impose their social agendas on private and religious colleges,” warned Patrick J. Reilly, President of The Cardinal Newman Society.

“Already the Obama administration has seized direct ownership of student loans, and now a college’s eligibility for student loans is subject to the political whims of its state legislators and regulators. Many states have demonstrated callous disregard for the religious identity of Catholic colleges, from mandating contraceptive coverage in student and employee health plans to requiring employee benefits for same-sex couples.”

Although the Higher Education Act has long required state authorization for a college to participate in federal aid programs, many states do not aggressively monitor colleges and their consent was assumed unless otherwise reported to the U.S. Education Department. The new regulations require state approval of colleges “by name” and a state process “to review and appropriately act on” complaints about any approved institution.

When issuing the regulations Friday, the Education Department acknowledged that it had received complaints from college leaders that “a State’s role may extend into defining, for example, curriculum, teaching methods, subject matter content, faculty qualifications, and learning outcomes.” Others feared that states might “impose homogeneity upon institutions that would compromise their unique missions.”

In response, federal officials agreed that the new regulations do “not limit a State’s oversight of institutions.”

Last year, the U.S. Equal Employment Opportunity Commission (EEOC) ruled that Belmont Abbey College, a Catholic institution in North Carolina, must cover birth control in its employee health insurance plan despite the college’s religious objections. An appeal to the EEOC is under review.

Catholic colleges and students may also not be protected from similar mandates for abortion and contraceptive insurance coverage under the recently enacted Patient Protection and Affordable Care Act—i.e., President Obama’s health care overhaul.

After the EEOC ruling against Belmont Abbey College, The Cardinal Newman Society launched its project to defend the religious liberty of Catholic colleges through its division, The Center for the Advancement of Catholic Higher Education. The Center published three papers—from experts in law, health insurance and ethics—to help Catholic colleges defend against government mandates for employee health benefits that violate Catholic morality.

Later this month, the Center will release a new legal analysis prepared by a prominent legal interest organization on steps Catholic colleges must take to defend themselves against increasing threats to their Catholic identity.