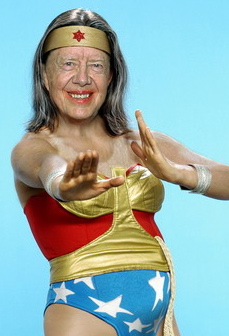 DEBKAfile’s military sources confirm that the Army of Islam, the Palestinian al Qaeda cell in Gaza tried to assassinate former US president Jimmy Carter by planting a 200-kilo bomb in the path of his exit through the Erez crossing after he held sympathetic talks with its Hamas rulers. The Israeli military watched the huge device from across the border. Carter had a lucky escape; the bomb would have been lethal had it exploded.

The UN security guards escorting Carter must have been forewarned and his life saved. Hamas sappers defused the device but later denied it was there.

Nevertheless, some reports say Carter promises to urge President Barack Obama to remove the Palestinian extremist organization from the US list of designated terrorists.

Our sources note that US citizens are forbidden to enter the Gaza Strip and West Bank for fear Hamas or other Palestinian groups, including those linked to al Qaeda, will take them hostage. Carter got around the ban by entering with UN escort.

The same al Qaeda cell took part in the Hamas cross-border attack from Gaza to kidnap Israel soldiers a week ago and Hamas’ Gilead Shalit’s abduction three years ago.

Palestinian Authority security officials were not available to secure Carter’s visit to Gaza because of their feud. In the last two years, the US has invested hundreds of millions of dollars in building and training a 1,500-strong PA special force for guarding Chairman Mahmoud Abbas and his West Bank government.

In Gaza City, Carter told his extremist hosts he feels personally responsible for the fact that Israel used US-made weapons to fight Hamas in Gaza in January. Israel launched its offensive to stop the hail of Hamas rockets assaulting Israel towns and villages four years after its forces handed the Gaza Strip over to Palestinian rule. Carter “held back tears” at the sight of living conditions there for which he held Israel wholly responsible.